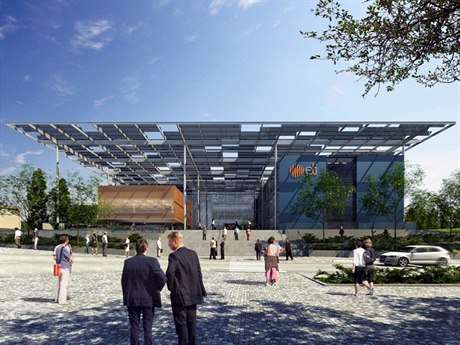 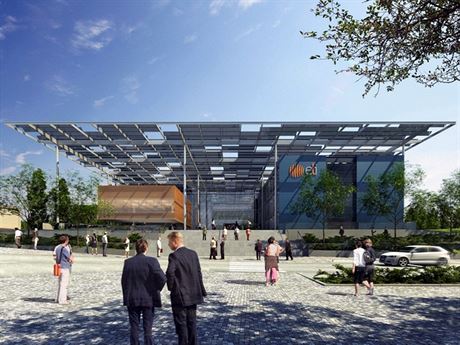 The Education Ministry last week celebrated having landed the right to host a Kč 6.7 billion European Union super laser project — which is expected to result in valuable spin-offs for the Czech scientific and research community, as well as industry. But the joy over securing the prestigious Extreme Light Infrastructure (ELI) project was tempered because the asking price for the plot in Dolní Břežany where the ELI is to be built is disputed — and the ministry has only a few weeks to find a solution.

There are two widely differing valuations for the site on the outskirts of the Czech capitial, owned by the Prague diocese; the Education Ministry under Josef Dobeš (Public Affairs, VV) faces the prospect of meeting the Kč 110 million difference between them. According to Czech Position’s information, Prime Minister Petr Nečas (Civic Democrats, ODS) was briefed on the problems surrounding the flagship Czech research project a couple of weeks ago in an apparent move to get the Education Ministry to act.

In April 2009, the Institute of Physics of the Czech Academy of Sciences (FZÚ) agreed to buy the plot from the church for Kč 151.5 million (Kč 3,700 per square meter) based on a valuation by the firm Montekala, in which Jaroslav Karásek is a partner. But the Education Ministry later ordered its own evaluation, carried out by YBN Consult and the president of the Czech Association of Property Valuers, Bedřich Malý, which assessed its value at Kč 1,000/sqm less. Czech Position has copies of both valuations. ‘The ministry clearly had doubts about the valuation of the plot from spring 2010.’

“The ministry clearly had doubts about the valuation of the plot from spring 2010 [when the Education Minister was Miroslava Kopicová]. But the previous administration apparently believed that things would get sorted out during negotiations over the laser project with the European Commission in Brussels,” said Jaroslav Kuba, head of the European Funds section at the ministry under which the ELI project was administered. “The eligible costs that can be covered by EU funds are at the usual level, but in this special case, it is not easy to say what they are.”

Whether the institute is facing an inflated bill for the land or just the real costs is still not clear with payment due to the church just a couple of weeks away. A third valuation from an economics-based university has therefore been ordered with the hope at arriving at some solution.

Backers of both existing valuations are well-armed with reasons to support their case. The FZÚ says the plot is almost unique and fits the many demands set by the ELI consortium. “It will be built at one of the best locations in Dolní Břežany,” said district Mayor Věslav Michalík, who goes along with the institute’s assessment.

The FZÚ says the amenities offered by the site, its proximity to a large population center, access to an international airport — and fact that vibrations had to be limited because of the science being performed there — are all factored into the final price of the land. So too, was the fact that the institute was concerned that any problems in securing the land could hold up work on the laser project.

Vlastimil Růžička, a former deputy minister at the Education Ministry who is now the main Czech national responsible for the ELI project, adds that even the higher price comes nowhere near the ceiling of 10 percent of the project costs as allowed for real estate purchases intended for EU projects.

The ministry says such a high price for a plot of its size on a brownfield site on the outskirts of Prague is not usual. ELI counts on the purchase of 40,618 sqm in the first stage of the project, a further 34,367 sqm in the second and final 9573 sqm for the HiLase science project in the third.

Some experts blame the price variations To get to the bottom of the valuations, the ministry may even call for a police investigationon the use of Czech law calling for the normal price to be paid in such instances. In the case of ELI, there is not “normal price” in the small locality for such a big plot of land. Prices for most small plots of building land there vary between Kč 3,000/sqm and Kč 4,000/sqm. But normal brownfield prices are in the region of Kč 900/sqm to Kč 1,700/sqm.

Meanwhile, the FZÚ and ministry appear to be putting their hopes in a combined review of all the details by the Mining University of Ostrava (VŠB), University of Economics in Prague (VŠE) and the Czech Technical University in Prague (ČVUT) coming to some definitive conclusion. That is still awaited.