Pictures of the brain in Brno 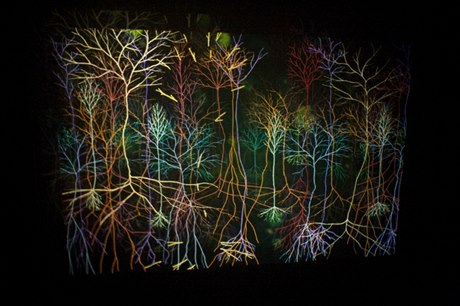 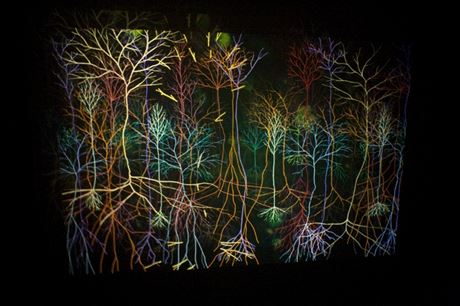 Images of the Mind grew out of the tremendous strides that have been made in the field of neuroscience over recent decades, where new imaging technologies have allowed for an unprecedented understanding of the processes of the human brain. Exhibition creator Ladislav Kesner pointed out that the questions currently being asked by neuroscientists have long been asked by artists and writers as well.

Four years in the making, the exhibition is a collaborative effort between the Moravian Gallery in Brno and the Deutsches Hygiene-Museum Dresden. Having premiered in Dresden from June through October of 2011, its Czech run will take place from December 2011 to March 18, 2012. Around 25,000 people visited the Dresden exhibition.

The patron of the exhibition is well-known Czech actor Pavel Kříž. Speaking at the exhibition’s press conference, he said he was overjoyed to be asked to participate, as it corresponds to his own dual career in the arts and medicine. Besides his acting career, Kříž is a practicing psychiatrist. “And I’m a native-born son of Brno (Brňák),” he said.

“This unique project, initiated by art historian Ladislav Kesner, aims to comprehensively present the human mind as represented by different types of historical and contemporary works of art and scientific illustrations and aids … The Moravian Gallery in Brno intends to use this exhibition as a vehicle to spark off broad dialogue between science, society and culture,” National Gallery in Brno director Marek Pokorný said in a press release.

One of these artists is Leonardo da Vinci, whose anatomical drawings  dating from 1489 of a sectioned cranium are on loan from the British Royal Collection and are being shown in the Czech Republic for the first time. Albrecht Dürer and Lucas Cranach the Elder are other artists representing the inquiring spirits of the Renaissance, while there is even a striking anonymous drawing from the Late Middle Ages illustrating the doctrines of Persian scholar and physician Avicenna.

Kesner explained the way the art in the show reflects the processes diagnosed by modern science. “Fine art from various periods and origins has been for centuries also perceived as an expression, symptom, or simply an image: of emotions, perception, imagination, memory and other conscious and non-conscious capacities of the human mind,” he said.

Among the other artists whose works are included in the show are Rembrandt, Tiepolo and Edvard Munch. Beyond the masterworks on display, there is a selection of old medical tracts and illuminated manuscripts, while from the 19th century there are medicinal illustrations. The artworks making up the exhibition come from over 60 leading international museums and galleries, including institutions in Paris, Rotterdam, New York, Frankfurt, Madrid and Vienna.

It is in the modern age, with the emergence of modern science and artistic modernism, that the explorations of our neurological life become most relevant. “Many artists, mostly but not exclusively from the period of modernism, consciously and purposefully created their works as metaphors of the human mind,” Kesner said.

The focus on modernist art allows for the inclusion of a significant selection of 20th century Czech painters, including artists such as Josef Šíma, Bohumil Kubišta, Jindřich Štyrský, Toyen, Josef Váchal and Jan Zrzavý. There is also work by Austrian painter Oskar Kokoschka, who lived in Prague for four years prior to World War II. Works in the show by more recent Czech artists include those by Adriena Šimotová, Karel Malich and 1998 Jindřich Chalupecký Award-winner Jiří Černický, among others.

The parallel to modern art and precursor to the high-tech feats today’s neuroscientists can accomplish was the work of pioneers such as 1906 Nobel Prize winning scientists Camillo Golgi and Ramón y Cajal, some of whose diagrams are included in the show. Watching the symmetry between early 20th century medicine and expressionist or surrealist art, and then seeing a similarly strong parallel exist between art and science at the end of the century appears a strong confirmation of the exhibition’s objectives.

While the names of the contemporary artists in the exhibition are obviously not as known as the masters of the past, their work represents the show’s most dazzling feature, as well as most closely corresponding with the scientific side of the show. In fact, images such as “Magic forest” by British painter Andrew Carnie could easily be mistaken for some of the latest neuroimaging, and it is no surprise that Carnie’s blog is titled Science and Art, as the former student of chemistry and painting (and zoology and psychology) seems to intermingle these typically separate disciplines in his artwork.

Breaking down the traditional divides between science and art is one of the chief motivations behind Images of the Mind. Considering the discoveries being made, Kesner insists that new ways of thinking among both artists and scientists will be required, something that will require a dialogue.

“The present dynamic development of neuroscience and cognitive sciences generates the need and opportunity for new forms of multidisciplinary collaboration and dialogue between the biomedicinal domain and the humanities, as well as science and art,” Kesner said.