Penta and E-Invest in deal to rescue lottery operator Sazka in return for profit share. Hušák survives as Sazka boss. 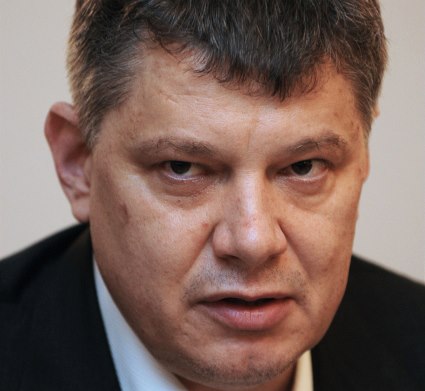 Sazka called a press conference on Monday to announce that a deal had been reached with the investment firms Penta and E-Invest to rescue the indebted betting company. Contrary to Penta’s previous demands, the lottery firm’s boss Aleš Hušák is to keep his position at Sazka.

“We’re prepared to provide help in billions of crowns,” Penta’s co-boss Marek Dospiva announced at the press conference. Prior to the announcement a deal had been reached, observers suggested that Penta was an outsider to take over the company that has a monopoly on the televised number lottery.

“The solution negotiated will mean the stabilization of the firm, will deflect the threat of bankruptcy, and enable the firm to develop further,” E-Invest head Martin Ulčák told reporters.

It also emerged on Monday that Penta, which originally offered to rescue Sazka in exchange for a 100 percent share in the lottery firm, had lowered its demands “to enable room for compromise toward cooperation,” Dospiva of Penta said. “We’re signing a cooperation agreement where the share of the profits of the lottery company will be defined.”

According to preliminary results, in 2010 Sazka’s post-tax profits reached Kč 1.4 billion — some 12 percent more than in 2009. However, the company still has massive debts resulting from the construction of the multi-purpose indoor sports and entertainment arena in the Libeň district of Prague. Sazka says its total debts amount to Kč 9.4 billion.

Largest creditor in the know

On Jan. 17, Sazka’s largest creditor Radovan Vítek, who over several months acquired portions of the Sazka debt from other creditors, filed a request for bankruptcy proceedings to be launched against the lottery firm. It appears that Vítek was aware of — if not involved in— the deal in the making between Penta and E-Invest, and Sazka.

The deal comes as a surprise of sorts, not least because of evident tensions in recent weeks between Sazka’s executive director, Aleš Hušák, and Dospiva of Penta. Nevertheless, the two companies have worked together in the past, with Penta helping Sazka with its first and second bond issues.

“Now we will push the gambling industry in the Czech Republic forward, and we’ll form a new national gambling champion,” Hušák declared on Monday. Nevertheless, Dospiva said that the Penta-owned betting firm Fortuna will continue with plans to launch its own numbers lottery, irrespective of the new partnership with Sazka.

One of the conditions of Penta’s first rescue offer was the replacement of Sazka’s management, first and foremost Hušák. However, it seems that for the time being at least Hušák will retain his post.

“Before today, no changes were made to the company’s board,” Hušák said on Monday. On Sunday, however, the spokesman for the Czech Olympic Committee (ČOV) — which holds a 2-percent stake in Sazka — said ČOV chairman Milan Jirásek had resigned from the Sazka board. According to recent reports the ČOV and the various sports associations, which are also Sazka’s shareholders, want to establish a three-member steering committee at the helm of Sazka.

Dospiva claims the Sazka’s partnership with Penta and E-Invest is the most logical solution for the embattled lottery operator. “I also confirm that we were never interested in [making] a hostile takeover,” Dospiva claimed and added that once the bankruptcy claims have been settled, Sazka in its new partnership will become “an interesting potential investment opportunity.”

Penta and E-Invest say they are prepared to provide Sazka’s current shareholders with funds to raise the company’s basic capital. Also part of the deal is a drop of a lawsuit filed by Sazka against Penta seeking damages for allegedly damaging the firm’s good name.