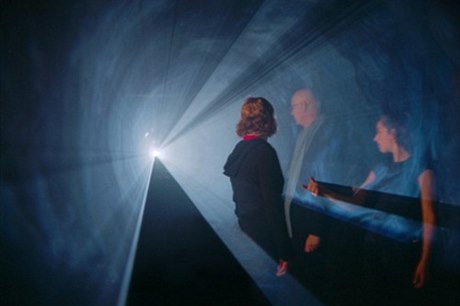 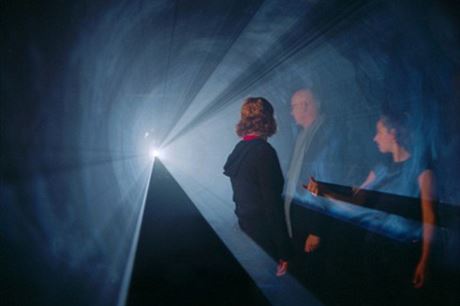 Given the strong tradition of animation in the country it’s not surprising that there are more than a few animation festivals in the Czech Republic. Yet the organizers of the Festival of Film Animation PAF (Přehlídka animovaného filmu) in Olomouc insist that their festival is unique.

From cinematography to media studies and the visual arts, the festival holds lectures, seminars, presentations, exhibitions and, of course, shows films, all in the service of the broadest definition of the art of animated film. Since 2008 the festival has become a year-round activity. In May 2011 the inaugural PAF festival was held in New York, presenting the city’s audiences with the recent work of Czech artists.

Far from just going to see cartoons, visitors to PAF in Olomouc will be able to confront gender stereotypes, learn about the technique of rotoscoping, see the role that light plays in live animation and sample a selection of ten of the most innovative audio-visual Czech productions in the competition Other Visions.

According to Jančík, the featured Goys and Birls section of the festival will show alternative versions of classical animated fairy tales such as a Little Red Riding Hood — where it’s the girl who eats the wolf. The section will also put a spotlight on unjustly neglected female animators such as Prague-born UK animator Vera Neubauer, whose award-winning work includes animated and live-action films for both adults and children. Neubauer emigrated  in 1968 and continued her studies at London’s Royal College of Art.

In a number of her recent films Neubauer uses knitted puppets, which not only goes against the grain of today’s high-tech animation but has an association that may seem old-fashioned to feminist sensibilities. In an interview on a DVD boxed set of her work Neubauer addresses this issue:

“From very early on, I have been cast as a feminist. It has become a kind of straightjacket that got rather tight. So I figured I might as well do something that was really consequential on this kind of labeling and go all the way. Make it with women’s means, really in a very female way.”

Other women artists whose work will be screened and discussed include Monique Renault, Signe Baumane and Ruth Lingford.

Czech art historian Martina Pachmanová will be presenting the “Home Cinema” of painter and illustrator Milada Marešová for the first time in front of an animation audience. A previously neglected figure in the history of Czech painting Marešová was apprenticed to František Kupka in Paris in the early 1920s and began a successful artistic career back in Prague before her arrest by the Gestapo in 1940. Marešová’s work was exhibited in a retrospective in Brno in 2008.

Among the festival’s international guests are Birgitt Wagner and Waltraud Grausgruber, directors of the Vienna-based Tricky Women festival for animated films made by women. Celebrating the first decade of this singular festival they will be discussing the concept behind it as well as screening a selection of short films from past festivals.

The festival’s other main section focuses on non-traditional animation techniques and is titled “The Light and Darkness of Live Animation.” It comprises a series of performances, projections, installations and concerts by guests such as French visual artist and musician David Lettelier, better known as Kangding Ray. This will be Ray’s first appearance in the Czech Republic.

There will also be an installation by avant-garde artist Anthony McCall, whose “solid light” film series, originating in the early 1970s, explores the sculptural qualities of light beams. He is currently working on a massive public artwork titled Column to debut on New Year’s Eve 2011 in the UK in connection with the 2012 Olympics in London.

Other festival highlights include a midnight screening of Ralph Bakshi’s early 1980s classic recounting of the parallel history of a Russian-Jewish immigrant family with the popular music of their new homeland in  “American Pop.” There will also be feature screenings of the Golden Globe-winning Israeli film “Waltz with Bashir,” the French black-and-white sci-fi film “Renaissance” and the latest Czech sensation, “Alois Nebel,” a contendor for the Oscars.

For anyone interested in tracing the outlines of the animation technique used in “Alois Nebel,” not to mention Disney’s “Snow White,” there will be a three-day hands-on rotoscoping workshop. There will also be an opportunity to meet modern rotoscoping pioneer Bob Sabiston, creator of the Rotoshop software program and a key figure in the creation of Richard Linklater’s seminal “Waking Life.”