Outcry over plans to double VAT on books

Publishers, booksellers and readers revolt over plans to double the value-added tax on books to raise money for pensions 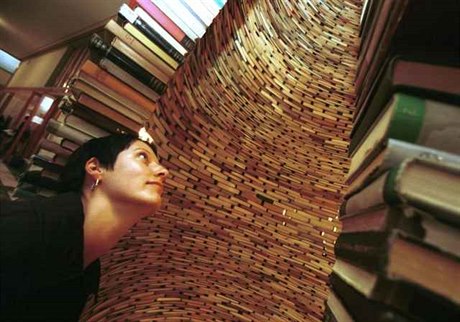 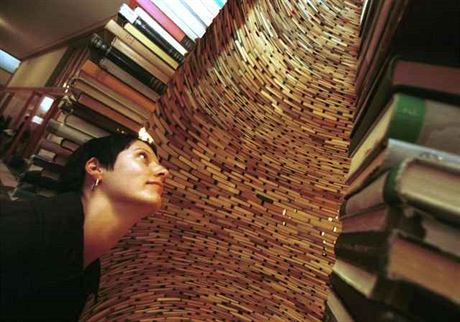 High above the red-tiled rooftops of Prague, in a two-roomed office under the eaves of the Baroque Klementinum building that houses the Czech National Library, an avuncular, bearded man named Vladimír Pistorius is spearheading a quiet campaign against the government.

“Books are a field where new ideas appear, and struggle,” Pistorius, chairman of the Association of Czech Booksellers and Publishers (SČKN), told Czech Position, as scholars leafed through the Klementinum’s priceless collection of books and manuscripts five floors below. “It’s an important field for the culture of a society: This field shouldn’t be taxed.”

On Feb. 24, the SČKN launched an online petition against the center-right government’s proposal to double VAT on books, newspapers and magazines. The hike is part of plans to drastically shorten the list of everyday goods and services — bread rolls, yoghurt, nappies, bus tickets, water, heat, even funerals — that currently enjoy “reduced” VAT status, in order to raise much-needed cash for state pensions. Within one week the petition, titled An Appeal in Defense of Books, had garnered 35,000 signatures. At time of writing, the figure stands at 91,313.

“Since the Second World War, Czech books have suffered two catastrophes,” reads the petition. “In 1948, publishers and booksellers were nationalized, harsh censorship was introduced, and a number of authors were silenced. After 1968, hundreds of thousands more titles by banned authors were pulled from the shelves. Plans to raise VAT on books — this time by a democratic government — will be a new catastrophe. It will sharply reduce print runs of existing books, and thousands more will never be published.”

The SČKN has produced statistics that show an inverse relationship between higher VAT and book publication. Until 2007, VAT on books stood at 5 percent. In 2008, the lower VAT band rose to 9 percent, and two years later, to 10 percent. In the same period, the Association says the number of new books published fell by 8 percent, in other words around 1,500 fewer Czech titles appeared on the shelves.

From Oct.1 — if the Finance Ministry’s proposals are endorsed by the cabinet and approved by parliament, books will be regarded as “luxury” rather than “essential” items and subject to the full VAT rate of 20 percent. The Association says this will result in a 20–30 percent drop in the number of titles published each year, with academic and specialist publications bearing the brunt. Simply put; if books become more expensive, people buy fewer of them, making them less profitable to publish. VAT on books varies sharply around Europe. In Britain, Ireland, Norway and Croatia, books are exempt from the tax altogether.

VAT on books varies sharply around Europe. In Britain, Ireland, Norway and Croatia, books are exempt from the tax altogether. In almost all European countries, they’re taxed at the reduced rate, on average around 5–6 percent. Only two EU members – Bulgaria and Denmark – charge the full rate.

If the Czech Republic raises VAT on books to 20 percent, the country will find itself in the same company as Albania, Belarus and Ukraine, relegating this land of book-lovers, in the words of the appeal, “to the periphery of Europe.”

“Times are changing,” lamented Jan Čulík, Senior Lecturer in Czech Studies at the University of Glasgow. “Maybe we do regard culture — the arts — these days as a luxury. In the past, in the illustrious history of Europe, which was based on culture, education and literature, before there was television or whatever, literature and the arts were regarded as a fundamental instrument for probing human existence,” Čulík told Czech Position. “Knowledge is power, people used to say. I think that books shouldn’t be taxed.”

Vladimír Pistorius and his colleagues at the SČKN have some intellectual heavyweights on their side. Former president — and published author — Václav Havel is among those who have signed the appeal. The problem is they face competition over the next six months from all the other lobby groups who want their particular “essential” commodity to remain in the lower VAT band. Finance Minister Miroslav Kalousek (TOP 09), however, has hinted that books could be “bartered” for certain foods, if the sums add up. ‘I’m not unsympathetic to the attempt to keep VAT on books low. I’ve never seen a book in a rubbish bin, whereas I see food thrown out every day.’

“It wouldn’t bother me to exchange some of the foods in the reduced rate for books,” Kalousek told the Parliamentní Listy publication, in a rare departure from his otherwise uncompromising stand on VAT reform. “I’m not unsympathetic to the attempt to keep VAT on books low. I’ve never seen a book in a rubbish bin, whereas I see food thrown out every day,” he said.

Publishers, booksellers and others who oppose the plans will also take heart from the latest cracks in the ruling coalition that have emerged over VAT. The coalition’s smallest member, the centrist Public Affairs (VV) party, say restricting the reduced band to just five foods (bread, milk, potatoes, vegetables and fish), baby milk and diabetic products is too harsh.

Meanwhile, even a member of Kalousek’s own party, deputies’ group chief Petr Gazdík, has defied the finance minister on the issue. “Many kids leave school at 15 barely able to read or formulate a sentence, let alone understand a text. In this atmosphere I think increasing VAT on books would be incredibly unfortunate,” Gazdík told Czech Television.

The current Czech president, Václav Klaus, has also criticized the government, saying the proposed VAT increases “have nothing to do with” pension reform. However he also described the publishing lobby’s protests as “hysteria,” pointing out that for a voracious reader like himself, there was little difference in paying Kč 250 or Kč 270 for a coveted novel.