‘Our Angela’: Czech ties to Germans go back to Celts 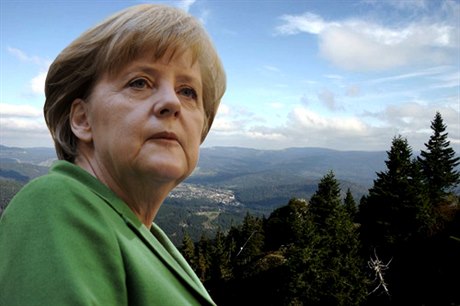 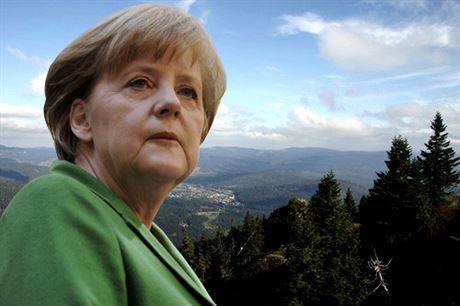 Recently, Western heads of state have only come to the Czech Republic for large multilateral and international events to meet the major players. Czech hosts like to prepare a backdrop of alchemistic Prague in the fog or bathed the sun’s glare. Last week’s visit by German Chancellor Angela Merkel, however, was different — sober, businesslike and neighborly.

The Chancellor came so that she and Prime Minister Petr Nečas (Civic Democrats, ODS) could reassure one another that they are on a sound footing as concerns their approaches to individual political matters. Both used this assurance as the basis for their further creative and cooperative policies in Europe.

For Merkel this was also a matter of the heart. As a successful researcher in the natural sciences, she spent plenty of time with her Czech colleagues in Prague, which was stifled by the smog of the totalitarian regime. She knew and knows “the right thing to do” and what is necessary for the future and what was and is a relic of the past for the citizens of the former Czechoslovakia and GDR. She is equally well aware of what is necessary for today’s Europe.

To wit, its direction, taking into account the traditional relations and the common future, in a continent, which, in the end, could not be divided by the iron curtain or even Hindenburg’s “Czech Corporal.” Both were dreadful for the history of Central European relations and outlooks. Of all Europeans, the inhabitants of East Germany suffered the most under both dictatorships (Nazi and Communist) – from 1933 until 1989. The Czechs come a close second for the period 1938 to 1989.

Good for those who see

Merkel arrived, she met and she conquered. Not the Czech prime minister, rather the pettiness of those who do not understand European and Central European history in more than the context of a millennium. The stick-in-the-muds with blinkered opinions and set attitudes solely based on the events of the 1930s and 1940s. The nationalist feather-brains who cloudy the waters of real coexistence on both sides of our common border.

Equally tragic are the post-war graves of Germans from May 1945 in Dobronín (and the former Bergersdorf a model SS village — now the nearby Kamenná) as are the graves of the Czechs in geographically close Velké Meziříčí. In Meziříčí, 68 defenseless Czechs, celebrating their new freedom, were shot by Nazi soldiers and Hitler Youths, who, before laying down their weapons, returned to the town to get rid of the bad taste of wartime defeat. Merkel, within a few hours of her visit to Prague, showed all those who wanted to see that Czech-German relations are historically good and enriching.

The German writer Herma Kennel, reading from her own works — books on the starting points and ends of the first massacre in Dobronín — did a lot to rouse attempts to explain those as yet uncovered triggers of rancor. However, Merkel, within a few hours of her visit to Prague, showed all those who wanted to see that Czech-German relations are historically good and enriching, and she indicated the path for future developments. “I always love coming back to Prague, and I remember my stays here,” the Chancellor stated quite frankly.

On the thorn, artificially created by the media — Czech reticence on the agreement on fiscal union — she wisely stated: “Germany will not put any pressure on Prague. (...) The important thing is that the Czech Republic takes the Stability and Growth Pact extremely seriously.” Petr Nečas’ reply was equally to the point and constructive: “Regardless of whether we are or are not signed up under the fiscal pact, in essence we meet its provisions.” That we are responsible housekeepers and we don’t need external supervision was taken note of.

Unfortunately, the German press did not see the importance of the visit quite so constructively. The Frankfurter Allgemeine Zeitung dramatically reduced itself to cheap puns, “glowing relations ... lighting up both sides of the border with an outpouring from the core.” I have to say that it was in Frankfurt in 1986, the Monday after the Chernobyl accident, at a Czechoslovakia-German meeting, when I heard talk of the indisputable and reliable safety of nuclear power stations in the then FDR. Such political and technological debates do not belong in the millennia-old relations of nations. Munich’s Süddeutsche Zeitung on its Website urged the Chancellor that “Prague’s course in the EU, makes convinced Europeans angry. (...) Exorbitant politeness damages the form of Europe.”

From the Boii to Škoda Auto

Good Czech-German relations, especially Czech-Bavarian ones, however, have always benefited Europe. The population on both sides of the Šumava boundary comes from similar roots, which go back to before the Christian era. Celtic origins slumber in our nations' names, that of the Boii tribe. After the arrival of the Marcomanni to the Czech basin and their mixing with the previous La Téne Celtic population of the then Boiohem the then ancestors of Bavaria were called the Baiuvars — “the men of Baia – Boiohem” – i.e. from Bohemia.

The first known ruler of Bohemia, the Marcomann Maroboduus (9 - 6 BC to 17/18 AD), still has a Celtic name. The subsequent overlay of Bohemia and Moravia with a Slavic population only extended the common cultural intersection. Both Bohemia and Bavaria usefully co-existed together within the Holy Roman Empire. The Wittelsbachs family, ruling in Bavaria, seized the fiefdom from Emperor Frederick Barbarossa in 1180; continuously looking after good northern neighborliness until 1918. The Empress and Queen Elisabeth “Sissi” was a Wittelsbach Princess.

Charles IV, the Holy Roman Emperor and King of Bohemia, founded Prague University as the first Central European seat of learning, where the peacefully co-existing Poles, Czechs, Bavarians and Saxons were given equal votes. The later Decree of Kutná Hora (1409) was thus a mere thwarting of Charles’ creative efforts in Central Europe. Just as nowadays mere political or technological conjuncturality in nuclear energy cannot divide the Czechs and the Germans.

Apart from enrichment between our peoples in the social sciences, we have an equally successful enrichment and symbiosis in the natural sciences, engineering and technology. It’s a shame that during the period of extreme Czech nationalism, many Czech students did not sufficiently attend the German lectures of Albert Einstein in Prague. This makes the present creative mission of the former scientific researcher, and currently the top European politician, all the more valuable. Over the past two centuries, the economic development of both nations has a basic foothold in engineering and technology.

In the past two centuries, the economic development of both nations has a basic foothold in engineering and technology. Both in research and in the construction and design of technical products. Let’s just remind ourselves of two names: the Austrian native and professor of the technical universities in Brno and Prague Viktor Kaplan and his creative work in the field of water turbines; Ferdinand Porsche, a native of Vratislavice nad Nisou, and the company history of Volkswagen (including the Škoda Auto concern).

The ties of technical and technological development in Central Europe were not always bombastic, for instance the Czechoslovak ČSN was the model and inspiration for the eminently practical German technical standards . An example is the cooperation between Czech and German engineering and the electronics industry.

Her Czechs understand the chancellor

During her five hours in Prague the federal chancellor helped return German and Czech relations to a dignified level (even by appearing in front of Charles University students); perhaps more so than her tutor Helmut Kohl and the four-way talks and the 4 + 2 mechanism on the reunification of Germany from 1990.

The then Czechoslovak party knowingly failed to attend (as opposed to the active and responsible Polish observers). Some relations, the expulsion of the Germans from the Czech borderlands, thus, have not been resolved in a dignified and creative manner at the level of a new millennium, in contrast to our Polish neighbors.

Angela Merkel, in fact crowned the 1997 Czech-German Declaration on Mutual Relations and their Future Development. Progress can work on the longest and busiest Czech border as it has done for the last two millennia. Chancellor Merkel “understands her Praguers (Czechs and Moravians).”