Now in its third year, the first Czech festival celebrating the art of cinematography is mixing genres in former industrial venues 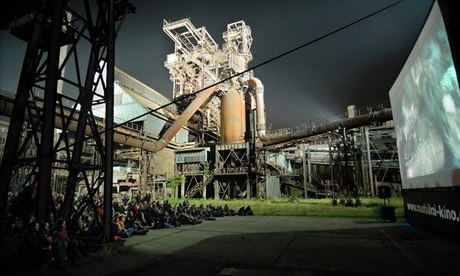 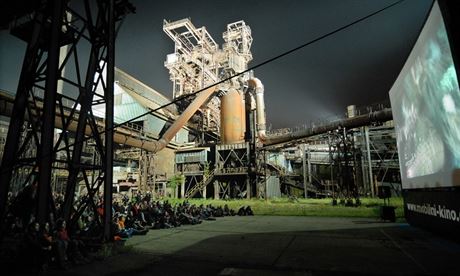 The Ostrava region has a reputation among Czechs as being an industrial and polluted area that doesn’t offer much to look at. However, with recent recultivation of the Vítkovice industrial plant and foundation of a festival that celebrates the art of cinematography, Ostrava Kamera OKO, now in its third year, the city will offer plenty of silver screen “eye candy” over the course of one week.

“The idea to create a festival like this stems from two motives: We wanted to have a film festival in Ostrava and to found a festival that would focus on cinematographic work,” Jakub Felcman, the festival’s director told Czech Position.

The festival’s foundation was also part of the Ostrava candidacy to be named European Capital of Culture in 2015. “Ostrava is now going through a major reconstruction of these old industrial venues, which are now a national heritage really. Some even [include] the high furnaces of the old industrial complex Ostrava’s Castle District.”

“What is interesting about a festival that focuses on cinematography is the festival’s openness to audiovisual art in its widest form. It allows for genre variability. We have feature films, documents, genre B films, artsy films, and even a TV series pilot, everything together in the main competition,” Felcman explains.

There are six films competing for the main prize this year, all in a Czech premiere. The TV series pilot Felcman talks about is Boardwalk Empire, directed by Martin Scorsese, who also produced the entire series. Stuart Dryburgh (“The Piano”, “The Painted Veil”) took the job of steering the camera in the right direction only for this pilot film.

“Another film I’d like to recommend is ‘The House of Tolerance,’ a French film directed by Bertrand Bonello and nominated for Palme d’Or this year in Cannes,” Anna Kopecká, the festival’s programmer told Czech Position, adding the film has been purchased by a Czech distributor, Artcam, and should hit Czech theatres in December. ‘‘We chose the film because it takes place almost entirely inside a brothel.’

“The story takes place at a brothel at the break of the 19th and 20th century. We chose the film because it takes place almost entirely inside a brothel; however, it doesn’t bother you at all, quite the contrary — it can draw the atmosphere beautifully and realistically.”

Nigel Walters, president of IMAGO (European Federation of Cinematographers); Peter Zeitlinger, who has worked as Werner Herzog’s Director of Photography since 1995, and two of their films showing their work in various genres will be screened at the festival: “The Cave of Forgotten Dreams” and “The Bad Lieutenant: Port of Call – New Orleans”; Giora Bejach, who received the European Film Award for his film “Lebanon”; and Josef Hanuš, President of the Association of Czech Cinematographers and an iconic cinematographer of the ‘70s and ‘80s.

“It is a test, sort of. We wanted to see how the verdict of the pure DOP eyes would work,” Felcman said.

Kamera OKO also has an eye out for young Czech cinematography talent, holding a national competition of short films. Six films by students of cinematography will present their work and the winner takes home 5,000 metres of 35mm film. Czech cinematographers Miroslav Ondříček, Ivan Šlapeta, and Martin Preiss will decide on who will take home the heavy load.

Miroslav Ondříček, who has worked with Miloš Forman on his masterpieces like “Ragtime” and “Amadeus,” both of which won him the nomination for an Academy Award, gave a masterclass presenting his work on Sept. 24 at the Atlantik Club.

The festival also offers workshops and discussion panels for film professionals. This year, a workshop on the making of “Alois Nebel” – an animated story from Czechoslovakia’s darker times in black and white directed by Tomáš Luňák — with the film’s cinematographer, Baset Jan Střítežský, who discussed some of the rotoscoping and other techniques of shooting such a film.

However, the festival won’t only screen films inside cinemas. Taking the opportunity of the recent renovation of Ostrava’s many industrial venues, the weekend part of the festival offered a full program full of screenings, workshops, exhibitions, and even a light show at the revitalized space of the old Vítkovice plant (the so-called New Vítkovice, Camp Hlubina). The industrial complex was closed down in 1998 after 170 years of producing iron, coke and agglomerates, proclaimed a National Cultural Monument and recultivated into a multi-cultural space. Since its first year, the festival has looked for such old industrial venues to screen exquisite films.

Since its first year, the festival has looked for such old industrial venues to screen exquisite films. “Last year, we opened with the Cannes [Palme d’Or] winner ‘Uncle Boonmee’ at the New Vítkovice. It’s director [Apichatpong Weerasethakul] is precisely the type of director choosing special places for screening his work,” Felcman said.

On Sunday, Láhor Sound System connecting musicians such as MIDI LIDI and other artists showcased a multi-genre cultural program, including concerts, theatre, and even a special tour of the Hlubina Camp.

“I’m excited about the screening of ‘Once Upon a Time in the West’ [directed by Sergio Leone], a film which we’ll screen from the old 35mm projectors in the old engine room which we’ll set up behind the audience to revive the old atmosphere,” Felcman said.