‘Ostalgia’ puts Eastern Euro art back on the map

A major New York exhibition spotlights art from the other side of the Iron Curtain with a trip down a winding, often dark memory lane 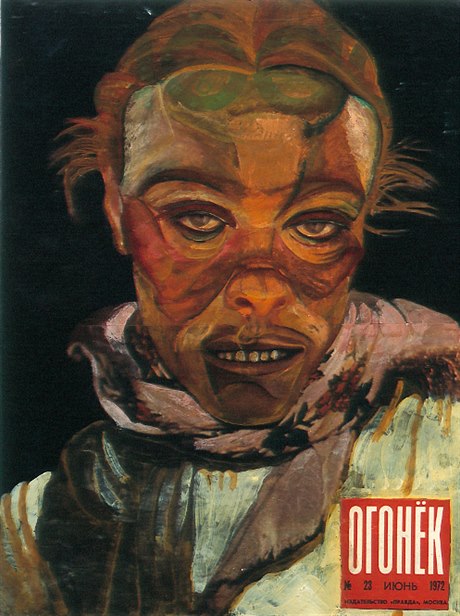 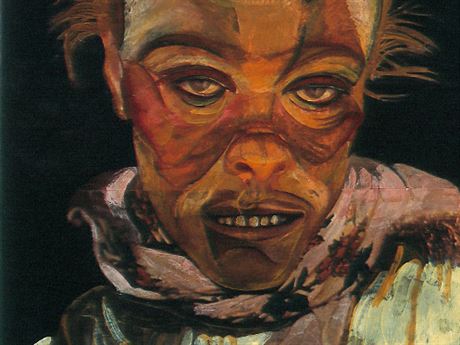 “Ostalgia” is a highly original exhibition at New York’s New Museum comprising the work of over 50 artists from more than 20 countries in the former Soviet Bloc. Titling the show required the coining of a new word – Ostalgia being derived from the German word ostalgie, which designates nostalgia for aspects of pre-1989 life in East Germany. And though there is some genuine nostalgia on display, the subversive, underground art on the walls tells a much more ambivalent story about this increasingly distant era of history.

“It was ambitious and something I was scared to undertake. I had no ambition to tell the truth about the Soviet Bloc. Memory is never reliable, but it’s all we’ve got and this exhibition is about remembering a time and place that is quickly going away,” Massimiliano Gioni, Associate Director at the New Museum in New York, told Czech Position, emphasizing the subjective nature of the show. “In the US, we thought the wall came down and everyone had been oppressed, but it was much more complicated than that.”

One of the inspirations for this more nuanced view of history is the video by Turner Prize nominated English artist Phil Collins “marxism today,” in which former East German Marxist-Leninist economics teachers are interviewed about how the fall of communism affected their lives. Other videos on display represent some of the most impressive and informative work in the show. Albania’s Anri Sala’s “Dammi i Colori” (Give Me the Colors) is narrated by the mayor of Tirana and shows his efforts to paint the facades of the cities bleak gray housing in bright, vivid colors. Images of wild dogs on dug up streets converge with a moving camera showing the repainted buildings, providing an enlarged view of art itself.

Just as Moscow was the political center of the Eastern Bloc, the exhibition takes the Moscow Conceptualists as the basis of the show. This is partly due to the prestige and influence of the movement, but also significantly to the fact that the exhibition was financed by Russian billionaire Leonid Mikhelson, whose Victoria the Art of Being Contemporary foundation is devoted to giving greater international exposure to contemporary Russian art.

Czech artists play a significant role in the exhibition, representing a more subdued approach to art than many of their Russian equivalents. Whether it is the flowers of Anna Zemánková or the individual and virtually invisible “actions” of Jirí Kovanda, the attempt to carve out an artistic space outside of state sanctioned art resulted in some unique and striking creations.

Gioni pointed to Kovanda as “an artist who hides in a public space and refuses to be political.” Kovanda’s work dates from 1976-78 and consists of photographs of him carrying out various scripted public actions such as scratching off hearts drawn on walls with his fingernails or surreptitiously bumping into someone on the street. “What is striking is the idea that he was making these actions for himself,” Gioni said.

Prague even has a direct tie-in to the Moscow Conceptualists through the work of Viktor Pivovarov, a Russian artist who resettled in Prague in 1982. Pivovarov’s four canvases “A Project for a Lonely Man” dates from before he left Russia and uses the tools of conceptual art and tremendous wit to show the marginalization and isolation that he and many of the artists in this show were forced to endure.

One feature the exhibition clearly indicates is the sheer variety of dissidence in the visual arts. While some works had political overtones others were relegated to underground status by other aspects. For example, the puritanical nature of the Soviet regime is not so widely known, in which nude images were strictly forbidden. Boris Mikhailov was encouraged to take photographs at the factory he worked in Ukraine in the early 60s as an engineer, but was fired when it was discovered that these pictures included nude models. His photo series “Suzi Et Cetera” shows another side of Soviet culture than either official or traditionally dissident, with the casual, unheroic (and often naked) everyday at the forefront.

Other oppositional approaches contained in the exhibition are the overpainted Soviet magazine covers by Sergey Zarva, in which idealized portraits are made to look monstrous and distorted. There are also the surviving photo documents of the Latvian Andris Grinbergs, whose happenings such as “The Wedding of Jesus Christ” (a subversive restaging of his own wedding) brought the KGB after him.

The variety incorporated into the show extends to what could be described as folk or outsider art. Siberian artist Evgeny Antufiev’s mythical cloth and wire figures are worlds away from the more self-conscious contemporary art we expect to find in galleries today. Vladimir Arkhipov’s presentation of DIY objects, which he refers to as “unintentional folklore,” includes a homemade rat trap and an anti-vandalism guard among other oddities.

Americans in particular are accustomed to seeing American folk and pop culture imagery incorporated into outsider art, but seeing a Soviet equivalent in Alexander Lobanov is as disconcerting as it is impressive. A deaf mute who was institutionalized for most of his tragic life, Lobanov creates disturbing and striking works fetishizing Kalashnikovs while the Soviet propaganda he was fed seems to have slipped through the cracks.

Another aspect Gioni says he wanted Ostalgia to bring out was what he called the “fathers and sons” interplay between artistic generations. “There were some very marginalized people, prophets that were rediscovered by the younger generation,” he said. The prime example of this was the strong link between Slovak artists Július Koller and Roman Ondrák. Koller’s “anti-happenings” represented one of the major poles of the unofficial Czechoslovak art scene through the 70s and 80s, influencing the younger post-conceptualist generation that emerged after the fall of the old regime.

Ondrák’s work “Good Feelings in Good Times” consists of a line of people waiting in various parts of the building. Gioni pointed out the ambiguity of the image of a line for both eastern and western sensibilities, and how well the work fits this New York presentation of Eastern European art. “A line in the east was a sign of deprivation, while a line in the west was a sign of success. What it means today I don’t even know.”