A plot of land in central Berlin with a dark, contentious history might finally be on the verge of renewal 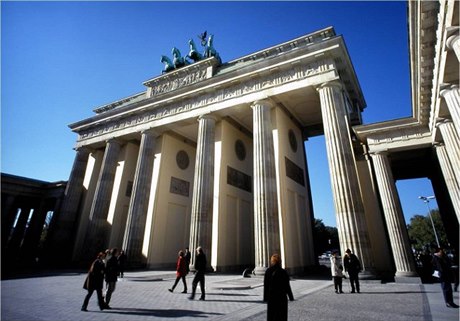 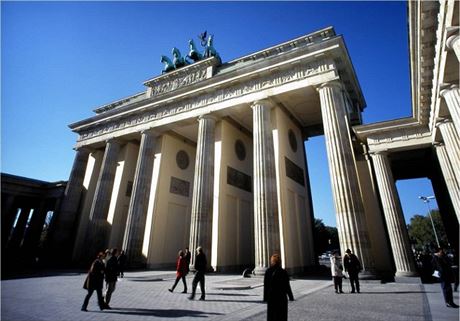 In an attempt to manage its massive debt, Orco Property Group has sold off project sites in Berlin and Budapest and seen its stock price jump as a result. The announcement of the sale of its Wertheim project in Leipziger Platz, in particular, is being viewed as a positive step in the Prague-listed company’s recovery.

The purchaser of the Wertheim mixed-use project is Berlin-based real estate developer High Gain House Investments (HGHI) in association with London-based investor Arab Investments. The sale was carried out by Orco’s German subsidiary, Orco Immobilien, in a series of installments.

The initial €67 million part of the total was paid on Jan. 31 and was used entirely to pay the project’s bank debt. A second installment will be paid sometime in February while a final €30 million will be paid upon completion of the project to cover development risks.

Orco initially paid €75 million for the site in 2007. In December 2009 property consultants DTZ valued the project at €84 million.

‘Orco is losing another cash-burning asset, as it will no longer have to pay interest on the €67 million loan attached to the land for the Wertheim project.”

In November 2010 Orco signed a preliminary agreement with HGHI to co-develop the project. A groundbreaking ceremony took place in January, and HGHI plans to complete the complex of offices, apartments, a hotel and 52,000 sqm of retail by the summer of 2013. The majority of the project is pre-leased. Total investment in the development is expected to reach close to €450 million.

“We are very happy that the sale of the Leipziger Platz project has been completed successfully and construction has started,” Jean-François Ott, CEO of Orco Germany, said in a statement.

According to Igor Müller, analyst at Wood & Company Financial Services in Prague, the company will have made around €35 million, or €2.50 per share, of extra profit upon payment of the final installment. This amount accounts for around 35 percent of current market capitalization.

“More importantly, however, is that Orco is losing another cash-burning asset, as it will no longer have to pay interest on the €67 million loan attached to the land for the Wertheim project,” Müller said in a comment on the deal.

“Although the asset (or landbank) was among the most lucrative for Orco — it is of no significant value without being finished. In our view, at the current stage, Orco would find it very hard to restart the project as it would require substantial financing,” he said.

Orco’s share price on the Prague blue-chip PX index shot up 5.77 percent Feb. 1 on news of the sale.

The site of the project has a troubled past dating from the confiscation of the Wertheim family’s flagship department store (once known as “the Cathedral”) by the Nazis during the program of “Aryanization” of Jewish property in 1937. Due to its central location, the property and surrounding land (also much of which was owned by the Wertheim family) was in high demand.

Hitler even built his bunker under land taken from the Wertheim family. As the store was located between the Reichschancellery and Luftwaffe headquarters it was entirely destroyed by off-target Allied bombing and ended up part of a wasteland next to the Berlin Wall.

In the mid-1990s some German investors bought the site but the purchase was reversed in court when Wertheim family heirs demanded the property in restitution. In 2003 department store chain KarstadtQuelle (now Arcandor) paid the Conference on Jewish Material Claims Against Germany some €88 million in claims for the confiscation, making it the last major property restitution case from Nazi-era Germany. The land was sold to Orco in 2007.

From landmark to sell-off

In a further sign of the company’s push to increase liquidity and stave off debt, Orco Hungary’s country manager, Kornél Kalapács, told the Budapest Business Journal on Feb. 1 that Orco had sold its Szervita tér project. Neither the value of the deal nor the buyer were disclosed.

The project originally designed for the site by British-Iraqi architect Zaha Hadid would have been a controversial landmark of architectural modernity in the city, but during the financial crisis it quickly became clear that the financing required for such a high-status building would be virtually impossible to obtain.

Orco originally purchased the site of the Budapest project in 2005 along with three other buildings in the capital for a total of €70 million. Kalapács further stated that other project sales are not being planned.