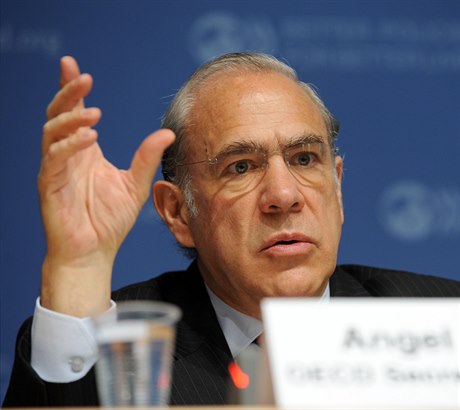 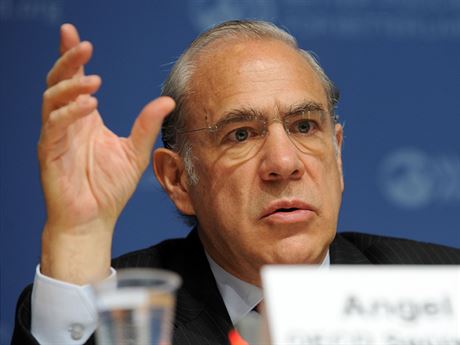 With the Czech economy’s export-driven recovery slowing, the country must move to swiftly implement new reforms that ensure sustainable, inclusive long-term growth and better resilience to external shocks, the Paris-based OECD says in its latest Economic Survey of the Czech Republic.

The report, presented in Prague on Friday by OECD Secretary-General Angel Gurría and Czech Prime Minister Petr Nečas (Civic Democrats, ODS) shows that the ongoing recovery has been weaker than in neighboring EU countries, constraining the pace of convergence in Czech income levels with those of more prosperous European countries.

“Growth and improvements in living standards will depend on the transition to a more innovative, skill-based and energy-efficient economy,” Gurría said in prepared remarks (the text of his full speech is available here).

According to the OECD, worsening trade performance and declining domestic demand will limit Czech economic growth, with significant downside risks linked to the continuing international slowdown and the outlook for the euro area.

“The current short-term growth outlook for the Czech Republic depends to a large extent on external conditions, which is normal for a small open economy. We project output growth to slow down to 1.6% in 2012 from about 2.1% in 2011, but there are important downside risks related to the outlook for the euro area and global economy at large,” Gurría said.

The OECD is therefore encouraging the Czech Republic to maintain momentum behind reforms aimed at enhancing competitiveness and long-term growth. The reform program should build on existing efforts to improve the business environment, strengthen the education system and promote innovation in line with the recently adopted Competitiveness Strategy, it said.

The Czech Republic has set itself the target of becoming one of the world's top 20 competitive countries in the near future.  “It is a fantastic aspiration, but it can be done,” said the OECD Secretary-General.

A special chapter of the Survey underlines the need to strengthen the country’s fiscal framework through the introduction of an explicit debt target and the establishment of an independent institution to monitor and assess the state of public finances, the OECD said in a press release.

The chapter also provides guidance for phasing in planned reforms in the health care and pension systems, including the creation of a new, voluntary, defined-contribution retirement pillar. “We support the Government’s current efforts to improve the Czech health care system. The proposal to strengthen competition among the health insurance funds and among service providers is welcome,” Gurría said in his speech.

Highlights from the “Economic Survey of the Czech Republic” report: