The MLSA is searching for a Czech Employment Office director, but the tender is closed to outsiders 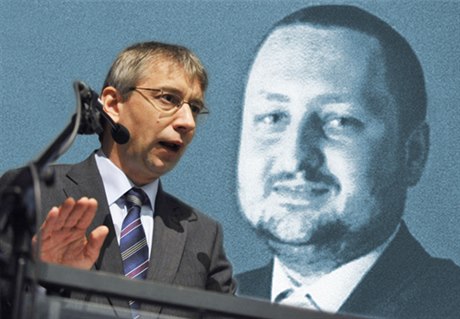 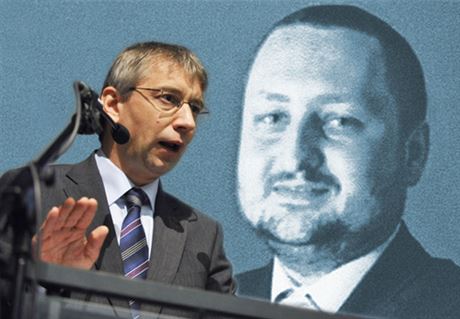 The Ministry of Labor and Social Affairs (MLSA), headed by Jaromír Drábek (TOP 09), has a preliminary internal tender for the main managerial posts for the soon-to-be-established Employment Office of the Czech Republic.

The circumstances surrounding this tender and its course strongly suggest discriminatory practices. The selection procedure will last for only one week (Feb. 4–11), it is not public and only the current directors of employment offices across the country or their deputies can apply. What is also peculiar is that, though the tender had already been organized, until Wednesday’s vote in the Chamber of Deputies it was not even clear whether an Employment Office of the Czech Republic would be created at all.

Karel Machotka, the deputy minister of labor and social affairs, on Jan. 31 sent all current employment office directors and other employees of the ministry an e-mail calling their attention to the bill on the Employment Office of the Czech Republic. The e-mail, which has been obtained by Czech Position, says that although the bill was rejected by the Senate, it will be again put before the Chamber of Deputies at the February session.

Parliamentary deputies approved the bill on Wednesday, which should take effect April 1 of this year, if President Václav Klaus signs it. In the e-mail, Machotka, however, notified the employment office directors already of the announcement of an internal tender ahead of the vote in Parliament.

The MLSA is seeking a suitable candidate for the posts of general director, deputy director, director of the office of the directorate and the directors for the branch offices. The closed nature of the tender and the fact that only employment office directors and their deputies can participate in it renders it rather nonstandard.‘In the western EU member states,[Machotka] would immediately have to make his exit, perhaps even joined by the minister.’

“It is quite bewildering that such discriminatory material has been personally compiled by Deputy Minister of Labor and Social Affairs Karel Machotka. In the western EU member states, he would immediately have to make his exit, perhaps even joined by the minister,” a source acquainted with the issue and preferring to remain nameless told Czech Position.

“The MLSA sees the battle against discrimination on the labor market as its main mission. Paradoxically, in this way the MLSA itself directly discriminates against potential candidates for these posts, which is scandalous,” a source acquainted with the issue and preferring to remain nameless told Czech Position.

David Ondráčka, director of the local branch of watchdog group Transparency International, has a similar view on the matter. But discrimination is very difficult to prove in his opinion. “There is no reason the given tender should not be open to the general public. In the overwhelming majority of government institutions selection procedures are accessible to everyone,” Ondráčka said, adding that on the other hand this case cannot be branded illegal.

Former Labor and Social Affairs Minister Zdeněk Škromach (ČSSD), who served between 2002 and ’06, said that everyone should be given a chance. “A selection procedure concerning such an important post should be transparent and open,” Škromach told Czech Position. People with civil service experience should be given a chance to apply he said. “There are plenty of such people, not just current directors of employment offices.”

MLSA: It is transparent

According to Plívová, there is nothing discriminatory about the ministry's approach. She, on the contrary, considers it to be transparent. The MLSA in her view is simply trying to secure the smoothest possible transition to the new structural model the Employment Office of the Czech Republic will represent.

The question is, however, what the reaction of the public at large and other Ministry of Labor and Social Affairs employees will be when the ministry selects its candidates for its discretely offered posts and officially announces them to the public. Everyone should be given a chance in a selection procedure, and both the Ministry of Labor and Social Affairs and the employment offices should lead by example.