Natland’s acquisition of a Slavia FC stake doesn’t mean the club is saved: Debts of Kč 220 million must be settled to avoid bankruptcy 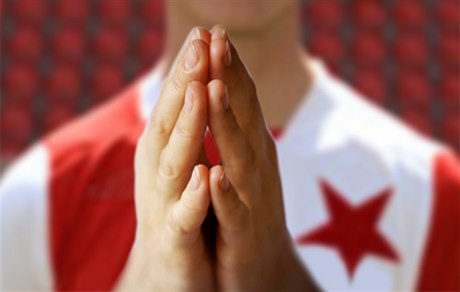 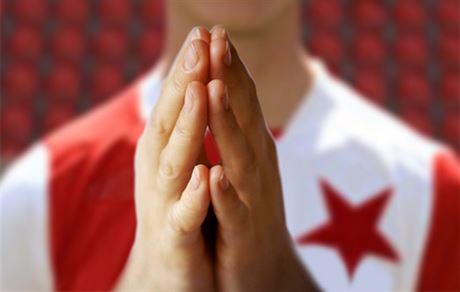 Slavia fans have been fixed on the investment company Natland Group, which says it will ensure that the club receives a license to play in the Extraliga — the top Czech league — in the 2011-2012 season, and resolve its considerable financial problems. But there’s only two weeks left before the Czech and Moravian Football Association (ČMFS) is due to rule on Slavia’s license.

Natland announced that Thursday it had replaced Antonín Franc, who hitherto was the officially the majority shareholder of SK Slavia Praha – fotbal - the club’s commercial entity. Nevertheless, Slavia’s prospective savior still hasn’t reached an agreement with the club’s creditors. According to Czech Position’s information, there are no prospects that the problem will be resolved in the coming week, thus Slavia fans can but pray to the gods of football that a solution will somehow be found.

“We’ve made some progress to save Slavia, but difficult negotiations with creditors and other shareholders lie ahead. From the outset our intention has been to find a comprehensive solution which will safeguard against economic and ownership uncertainties over Slavia in the future,” Natland Group’s spokesman, Rostislav Starý, said in a statement on May 12. “Whether it’s possible to save Slavia will depend most of all on further negotiations. If all the interested parties take a rational approach with good will, we believe it will be successful.”

Natland is negotiating with all the sides required to reach a favorable solution for Slavia: with shareholders, the management, the club’s fans, ČMFS, and creditors — above all ENIC and E Side Property, the owner of Slavia’s stadium in Prague 10. Negotiations with Antonín Franc have been concluded successfully with Natland buying all his shares for a symbolic price.

“There’s no cause for celebration yet. We’ve taken just one more step towards the goal we’ve set. Only if we manage to conclude agreements with the others will we be able to speak about Slavia being saved. We’re ready to look for a constructive solution with everybody,” Starý said describing the current situation. The club’s shareholder structure is so opaque, it’s still impossible to say for certain the size of Natland’s stake.

Even following the agreement with Franc, Natland representatives were not able to give a definitive answer when asked by Czech Position whether the shares acquired from Franc amount to a majority holding. The shareholder structure of the club is so nontransparent that even having acquired the stake from Franc, it’s not possible to say for certain what percentage of shares Natland now holds.

While it is certainly good news for Slavia that Natland has acquired a stake in the club, this doesn’t solve the problem of there being no agreement with the creditors. The main problem is overdue debts and that not all the creditors are being rational.

According to Czech position’s information, Slavia now owes Kč 220 million, which is considerably more than was previously expected. The money owed to the British firm ENIC doesn’t even account for half of that amount. It is also clear that if ENIC doesn’t receive the money it is owed, the company won’t hesitate to initiate insolvency proceedings against Slavia.

The other creditors, which include those who were instrumental in pushing the club to the verge of bankruptcy, don’t want to compromise. For example, the club’s unsuccessful former general manager, Petr Doležal, is demanding Kč 4 million in unpaid bonuses. Also, the controversial entrepreneur Petr Sisák is demanding the return of some Kč 15 million he invested in the club.

Even if the financiers around Natland pay off everything, in order for the club to continue to function with some degree of success in the top flight of Czech football, another Kč 250 million will be required. And has Natland got Kč 500 million ready?

As Czech Position reported earlier, there are doubts about who the actual owners of Natland Group are. The company’s representatives say the entrepreneurs Tomáš Raška and Jan Koťátko are the majority owners, but according to documents availableIn order to dispel doubts, it would certainly be in the interests of the owners to submit the new information to the Czech company register without delay. in the register of companies, it appears that the Cyprus-registered mother company Natland Group Limited is controlled by two companies registered on the Seychelles: Magna Group (80 percent) and Bovis Enterprises (20 percent). This information dates from spring, 2010, and there is no newer data in the company’s documentation in the register.

Nevertheless, Czech Position has information from the Cypriot registry of companies showing there was recently a change of ownership in the company. Tomáš Raška now owns more than half of the shares and Koťátko is the second-largest shareholder. Magna Group and Bovis Enterprises remain shareholders albeit with considerably smaller stakes. There is also a new shareholder, the Seychelles-registered firm Incotrans.

In order to dispel doubts, it would certainly be in the interests of the owners to submit the new information to the Czech company register without delay. When asked about the firm’s transparency, Natland says it “works mostly with foreign investors” who are used to similar holding structures and reportedly demand such an ownership structure.

“For them it is a sufficient guarantee for the safeguard of their investments, which unfortunately the Czech Republic cannot guarantee. We really do provide financial services with a team operating in Cyprus, while we manage asset interests from Prague or Holland,” Natland’s spokesman Starý told Czech Position.

“As a private investment firm we are definitely more transparent than is required by law. Nevertheless, we’re taking further steps for the role of the main shareholders Tomáš Raška and Jan Koťátko to be clear without any doubts.”

Asked whether Natland wants to gain control of the Slavia stadium in Prague 10, Starý said that given the fact the company doesn’t own any stadium, it is not considering such a move. “The stadium is only important to us from the point of view of long-term rent contracts for SK Slavia Praha – fotbal. I rule out that we would attempt to gain control over the stadium,” he added.