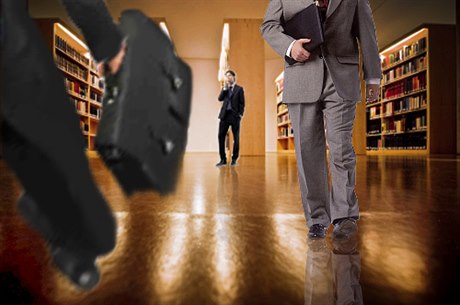 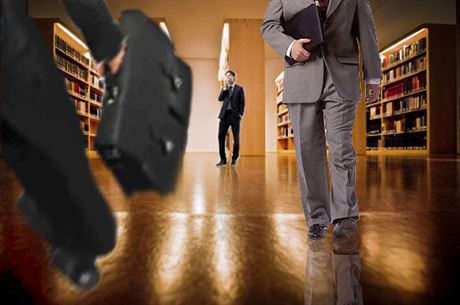 In early October Czech Position first published information relating to a public contract worth Kč 200 million for a systems integrator for the National Digital Library project and promised to keep its readership updated regarding the development of the public tender.

The management of the team working on the National Digital Library project, which has been in the pipeline for several years and has become known around the world, is undergoing fundamental changes. Some of the experts concerned – like Czech Position – were unable to figure out how the winning company from Beroun was able to steamroller over multinational giants, and have either resigned or had pressure put on them to leave. The management of the National Library, which is involved in the project, refuses to accept there is a problem.

The project includes the creation of a technical infrastructure, the mass digitalisation of Bohemian library documents, i.e. books published in the Czech Republic, written in Czech, or about the Czech lands, the permanent storage of these documents and their opening up to the public. The plan counted on 33 million pages of digitalized documents being made accessible by 2014, of which 26 million were to have been digitalised as part of the National Digital Library project. The Copyright Act permitting, some of these documents will be available on the internet, and others will be available at the National Library, the Moravian Library, and, depending on legislation, in all Czech libraries.

The companies Techniserv IT, IBM, Logica and Ness competed for the tender for a systems integrator. Logica, which came third in terms of the price it offered, won the tender. The price indicator represented only 50 percent of the overall evaluation, with 30 percent being awarded for the quality, functional and technical properties of the solution offered, and the remainder of the points being awarded for the scope, quality and technical parameters of the systems integration services.

One of the key parts of the system involves the long-term preservation of digital documents. This entails physical as well as logical protection. Digital documents must be carefully described, their condition must be monitored on the basis of stored data, and “salvage measures” planned in good time. The conclusions of international recommendations and conferences are clear: if the long-term protection of documents is not provided for it is not worth initiating mass digitalization projects. Staff at the National Library familiarized themselves with different methods of long-term protection around the world several years before the National Digital Library project was initiated.

The options on offer around the world

At present the market offers two main systems for the long-term protection of digital documents for libraries: the Rosetta system made by the Ex Libris Group, and SDB made by Tessella. Whatever the system selected for the National Digital Library it should be in operation in at least several comparable institutions, it should have a strong design backup team and an experienced team of users and guaranteed prospects of continued development. The development of a quality system requires the work of dozens of people over many months or even years.

Only one specialist in the problematic resolved within the framework of the National Digital Library project sat on the seven-member evaluation commission. And he was the only person not to agree with the system chosen.

The systems already referred to offered by Ex Libris and Tessella came face to face in the tender for a systems integrator for the National Digital Library. IBM, Ness and Techniserv IT all included them in their bids. The winner – Logica – relied on cooperation with its Beroun-based subsidiary Albertina icome Praha (AiP).

It was the involvement of AiP and its solution, which has no references for the required application, which provoked the greatest surprise and outcry in specialist circles. There was only one expert in the problematic resolved within the framework of the National Digital Library project on the seven-member evaluation commission, who according to information received by Czech Position did not agree with the majority opinion, i.e. the selection of the companies Logica and AiP. The reaction of the librarians followed after they were finally able to familiarize themselves with the winning solution – long kept secret – and the response of many was radical.

Bohdana Stoklasová, the project designer and coordinator over many years, Jiří Vrbický, head of the IT group, and Jan Hutař, head of the long-term data project group (LTP) resigned from the National Digital Library project team. However, according to Czech Position sources this is by no means the end of the list of people leaving the team.

Not even the management of the National Library is attempting to conceal the fact that the reason the specialists have left is their disagreement with how the project is to continue. “This group of employees intensively promoted a solution different from that contained in the winning bid. This is clearly the reason for their departure,” said Tomáš Svoboda, the new National Digital Library project coordinator as of February 2011. “We are sure that the departure of these employees is not a threat to the project.”

Without doubt the biggest reaction was in response to news of the departure of Bohdana Stoklasová, not only from the design team, but also from the National Library, where she had worked since 1982. Her name is linked with the development of the standardization and automation of Czech libraries and with many large national and international projects. Stoklasová was the designer and for several years the coordinator of the National Digital Library project, for which she created a design team.

Bohdana Stoklasová, an expert in the standardization and automation of libraries, left not only the design team but the National Library. Her position was abolished.

Most recently, she held the post of Director of the Department of Modern Funds and Services of the National Library and was responsible for day-to-day operations and development projects. Stoklasová has published papers and given lectures relating to the issue of digitalization, long-term protection and the making accessible of digital documents, in the Czech Republic and abroad.

“After a year’s cooperation, the managing director and I discovered that our opinions regarding the future direction and method of managing the National Library were distinctly different in certain respects,” says Stoklasová diplomatically when questioned as to why she left the library. However, according to Czech Position sources the reason for her departure is an organizational change: her post was abolished, and after 30 years of work in the library this expert became redundant.

Stoklasová’s departure was also influenced by the stance taken by the Ministry of Culture. “As far as the relevant division, now a separate department, was concerned, support and cooperation was always excellent. The situation was worse as regards other departments of the Ministry of Culture, especially in relation to the National Digital Library project. The pressure from this side on the managing director [Tomáš Böhm] undoubtedly played an important role in my departure,” Stoklasová says

She does not hide the fact that she fundamentally disagrees with the National Digital Library project as set up at present. “From February 2011 I am no longer responsible for the project and I have only scant information. I am sharing my reservations at the appropriate specialist forums, not through the media,” Stoklasová says.

Jiří Vrbický, head of the IT group, is of a similar opinion. “I am leaving the National Library after almost five years because I disagree with the current course of the National Digital Library project. At present I am not satisfied with how the project is set up. I have submitted all of my reservations to my superiors,” he adds.

At present applications are being taken for seven free positions, including three department managers, on the website which provides information regarding the National Digital Library project. At a time when digitalization itself is due to start, this represents a serious risk. “Although our advertisement has only been out a few days, we are receiving substantially more quality applications than we are able to accept,” says Tomáš Svoboda, the project coordinator.

Svoboda is convinced that he will find adequate replacements for the departing experts. However, finding specialists in the sphere of long-term protection will not be easy. This is a new sphere and the number of specialists is limited even on an international scale. The experts at the National Library were amongst the best in the world. Despite this there was no interest in their experience during preparation of the public tender for systems integrator or during its evaluation.

The Central Library Council, which is the advisory, initiatory and cooperation body of the Ministry of Culture, discussed the selection of a systems integrator for the National Digital Library on 7 December. The minutes, which are available on the internet, include the following: “Members of the council expressed strong dissatisfaction with the departure of top-class, internationally renowned specialists from the National Digital Library project, which sends out a serious and disturbing signal.”

The council also expressed doubts regarding the solution selected for the project. However, in the opinion of Tomáš Böhm, director of the National Library and a member of the Central Library Council, the bid selected meets the requirements contained in the tender specifications. Böhm promised to publish all documents relating to the public tender. Some of the documents have made accessible on the project website at www.ndk.cz.

He divides digitalization of the library into three equally important parts: digitalization itself, long-term, reliable archiving of digitalised content, and the possibility of easy browsing. “The point of the National Digital Library project is not simply to fill up the library but above all to create a reliable repository,” Svoboda explains. “The digital library must be equipped in such a way that the details of every document are known and it is possible to recognise what format a document is in, when it dates back to and what version it is. This applies equally to tomorrow as to 50 or 100 years hence,” says the director of the National Technical Library.

Svoboda points out that a company won the public tender for systems integrator which offered a solution which nobody in the world of libraries has ever used or verified up till now. “I would expect the National Library to request a reliable solution that has been tried-and-tested in the world,” says Svoboda.

AiP, the supplier selected, has experience in creating repositories in institutions such as banks. However, it concedes that it has never yet worked in a library. Its repositories are concerned only with the physical and not the logical protection of digital documents. In addition, the proposed management of the digitalization projects is extraordinarily demanding on human resources. “I regard this as a serious problem at a time when budgets are being cut back,” adds Svoboda. Regarding the change to the National Digital Library project team he observes: “It is said that nobody is irreplaceable. However, it is also said that you don’t change horses halfway up a hill.”

The minutes of the meeting of the Central Library Council held on Dec. 7 include the following: “If it is discovered that a subsystem is not suitable for the National Digital Library, the committee will insist on its replacement by another, suitable system. The director guarantees that a functional solution will be chosen.” A specialist platform will be convened which will also for external examination of the project plans.

If discussions drag on and the solution delivered is not reliable and does not operate quickly, the Czech Republic could find itself in deep water. The money from the EU funds must be drawn down by the end of 2014. The original conditions spoke of some 30,000 pages being digitalized every day. Right now the project is behind schedule by approximately two years.

IBM | Logica
Vstoupit do diskuse (1)
Registrace: smskou dopisem
A Concerned Citizen Still confused There is a lot of information in this article, but the most... 8:56 5.1.2012