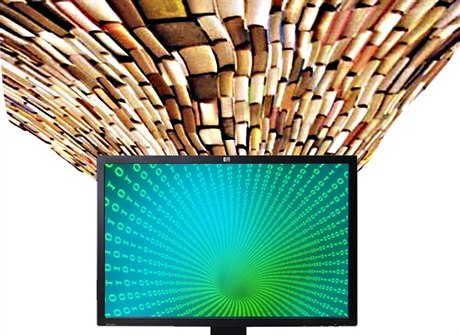 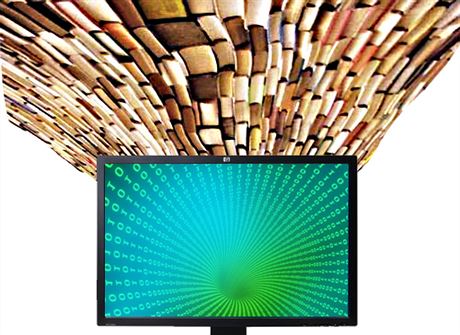 Has there been a large public tender in the Czech Republic in recent memory after which at least one failed or excluded bidder did not cry foul and launch a legal appeal? The Kč 200 million tender for a systems integrator on the National Digital Library (NDK) project is the latest in a long line heading towards litigation, which could delay its implementation and result in the loss of European Union funding.

Although the winner has not yet officially been announced, according to Czech Position’s information it is clear that one bidder, Techniserv IT, following an agreement with a subcontractor, will, file a complaint against the contracting authority. The company purportedly offered the lowest price but was excluded from the process, Techniserv IT says, on a bogus technicality.

The NDK project includes creating the technical infrastructure, the initial mass digitization of library documents from Bohemia (that is from books published in what is today the Czech Republic), storing them and making them accessible. According to the timetable, some 33 million pages of text should be digitized by 2014. Some of the works, if there are no copyright issues, will be available on the Internet; in other cases, the books and other documents will be available in the National Library or Moravian Library.

Four in the game

The tender for a NDK systems integrator, which will have until 2014 to provide the data processing and related services, was announced early this July. Four companies were in the running: Ness, Logica, IBM and Techniserv IT. Although the envelopes containing their bids were opened on August 24, the National Library, which called the tender, does not yet wish to announce the result.

“Now is the period for filing objections. All information about this tender, including about the winner and its contracting partners, will be made public according to the law on public tenders, and published through the media,” Irena Maňáková, the National Library’s director of communications,told Czech Position.

The terms of the offers were appraised by the law firm Rowan Legal over about 14 days. The results, so-called special pages, were purportedly then reviewed over a four-day period. The criteria for assessing the bids followed set specifications: 50 percent related to the offer price, 30 percent for the perceived quality, functionality and technical parameters of the offer, and the remaining 20 percent on the quality and technical capabilities of the systems integration service providers themselves.

A seven-member commission will rule on the tender. According to Maňáková, it is composed of members of the two libraries and higher authorities, i.e. representatives of the Ministry of Culture. She did not provide specific names, bearing in mind that the tender has not yet been closed. “We want to prevent these people from possibly being pressured by interested groups,” Maňáková said.

The commission had at its disposal a number of professionals specializing in the specific proposed solutions. According to Czech Position’s information, they first approached university professor Vladimír Smejkal, a recognized expert in systems integration, to carry out the final review, but in the end he did not work with the National Library team. “I was a member of the selection committee; therefore, I am still bound to secrecy,” he said, declining to say if he had refused the offer and, if so, why.

In any case, the author of the tender review is now Jindřich Kodl, an expert in computer science, cryptology and information systems security, who once served as an advisor to former Minister without Portfolio Karel Březina (Social Democrats, ČSSD). The Czech server Britské listy reported in 2001 that Kodl was a high-ranking officer in the Communist-era secret police (StB), yet he was tasked with choosing suppliers for multi-billion crown contracts for providing Internet services to state schools.

StB past not a factor

Březina’s spokesperson at the time, Vlaďka Dufková, told the server that “Mr Kodl works as an external advisor in the informatics sector, so problems regarding the Internet and information technology are his professional responsibility.” Březina intended to employ him in that capacity in the future, she said, as he saw no reason to end the cooperation. “The minister would be of the same opinion should he [Kodl] be enlisted to serve on the commission,” Dufková said. The National Library also didn’t seem to be troubled by Kodl’s engagement in the StB. ‘Any person who does not have a bias towards the bidders or the public order itself can be invited as a consultant.’

National Library director Tomáš Böhm told Czech Position that the tender evaluation committee is authorized under the law on public procurement to form a selection committee more or less as it sees fit. “Any person who does not have a bias towards the bidders or the public order itself can be invited as a consultant, as was done. It was a unanimous decision of the commission,” he said.

The preparation of expert opinions was necessary for the final assessment of participants’ bids as offer price has a weighting of only 50 percent in the decision. Techniserv IT purportedly submitted the lowest bid (Kč 181 million not including value-added tax), followed by IBM (Kč 194 million), Logica (Kč 195.5 million) and Ness (Kč 202 million).

From third to first

According to Czech Position’s information, Logica was ranked first in terms of the technical parameters and other criteria (not including price). However, Techniserv IT, which was later excluded from the tender, is not reconciled to the outcome, company executive director Luděk Telecký told Czech Position.

“[Our] bid was eliminated because it did not fulfill one of the technical requirements; Techniserv IT is convinced its offer conformed to the contract conditions and that its disqualification and subsequent exclusion by the contractor [the National Library] was in contravention to the law,” Telecký said. “For this reason we are preparing an objection against the decision. We are ready to provide evidence and use all available legal steps.”

IBM, which submitted the second-lowest offer price in the tender, is not considering taking formal action against the selection committee’s decision, company spokesman Miroslav Hažer told Czech Position. It is possible, however, that the final tender decision will come before the Office for the Protection of Competition (ÚOHS), which could put the project on hold. If that happens and the Czech libraries’ volumes aren’t digitized by 2014, it could mean the loss of European funds.