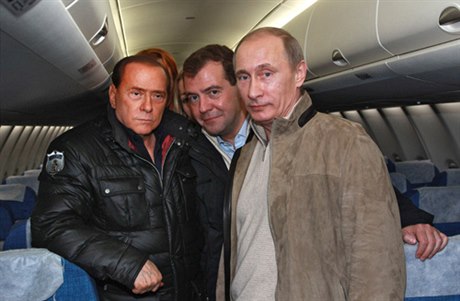 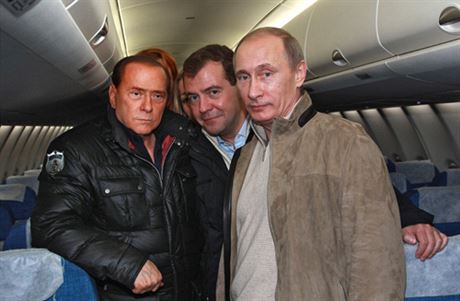 Although the idea to merge the EU-backed Nabucco and Russia-backed South Stream projects occasionally resurfaces, it would certainly be a big surprise if it actually happened. Both projects are intended to deliver natural gas from Central Asia to Europe. Nabucco would run from Turkey through Romania, eventually ending in Austria, while its rival South Stream would go from Beregovaya, a Russian port on the Black Sea, to Italy and Austria.

David Thorne, the US ambassador in Rome for almost three years, told Italian daily La Stampa that officials from Washington have had several talks with Italy-based energy company Eni — Gazprom’s 50 percent partner in the South Stream project — concerning the possible merger of the Nabucco and South Stream pipeline projects.

This is despite the EU-backed Nabucco project being specifically intended to weaken Russia’s dominance in the energy sector, as well as its geopolitical position. South Stream, on the contrary, is to no small degree devised to increase Moscow’s influence and facilitate Nabucco’s demise.

Both Moscow and Brussels deny the possibility of a merger. Thorne may, however, be right in claiming that Eni is in favor of the idea as the company’s management has already suggested it in the past. According to some observers, the revival of the idea may have come exactly at the right time for the company’s head Paolo Scaroni, who has excellent relations with Moscow. The merger could give Gazprom a clear signal to drag France’s EDF and Germany’s RWE into the South Stream fold as well. Until now, Nabucco was perhaps even more important to the US than it was to the EU.

The only genuinely surprising thing is that the idea comes from the US. Until now, Nabucco was perhaps even more important to the US than it was to the EU. Although after Barack Obama became US president and relations improved between Russia and America, one should perhaps not even be surprised at that.

“There is no smoke without fire,” Viktor Markov, analyst at Zerich Capital Management, said about the latest development. He notes, however, that on both sides it is all still in the idea phase. Gazprom currently is putting all its energy into building Nord Stream and it will only start constructing South Stream in 2015. So there is plenty of time to adjust the plan.

Gazprom flexible out of necessity

Considering the drop in European demand for natural gas due to the financial crisis, it would only make sense to speed up the South Stream project if the construction of Nabucco accelerates. This does not yet seem to be the case.

Nevertheless, taking into account the EU’s increased determination to improve its energy security — and the continuously increasing volumes of natural gas Turkmenistan and Azerbaijan are able to offer — Gazprom perhaps will ultimately have no choice but to concede to merging of the two projects. The extremely high costs involved in the construction of the undersea section of the South Stream pipeline could also play a role in such a decision. Neither project was conceived purely with the market in mind; realization will therefore result from political decisions.

The fact remains that the change in the European energy policy and drop in the price of liquefied gas and its rapid development is forcing the Russian giant to be more flexible. Markov also points out, however, that neither Nabucco nor South Stream are being projected with merely commercial interests in mind, since a resulting pipeline could for decades fundamentally influence the geopolitical situation of the region it run through. Its realization will therefore be the result of a political decision.

It is also not easy to overlook that the Washington-backed policies of former Ukrainian President Viktor Yushchenko, which with hindsight could be considered adventurous, have only accelerated the Nord and South Stream projects. One of the objectives behind these projects has been the intention to subdue Ukraine. If it turns out that Nord Stream, which is quite soon expected to be put into operation, will indeed force Kiev to be more obedient, this would result in the geopolitical importance of South Stream to decrease significantly, making a shared pipeline more appealing — from a commercial point of view.

It is also important to realize — as has been recently pointed out by the Ukrainian energy expert Michail Gonchar — that Nord Stream without its southern twin would put Moscow at the mercy of Germany. The director of the analytical center Nomos in Kiev also notes, on the other hand, that if both Russian pipelines were to be constructed this would, on the contrary, put Europe at the mercy of Russia, while in the event of a merger of Nabucco and South Stream neither side would have to suffer a loss of face and the pipeline war could be put to an end with a mutually beneficial draw. Nabucco could connect to the already operational Blue Stream pipeline in Turkey and could, if so required, head further southward. When comparing the two pipelines, South Stream seems to have a slight advantage

When comparing the two pipelines, South Stream seems to have a slight advantage according to the majority of analysts — although both projects have to overcome a great deal of problems. From this follows, leaving political motivations aside, that both projects’ contradictions are significantly outnumbered by their common features. They follow practically the same route and are supposed to supply the same countries. Operating both pipelines side by side would, moreover, create oversupply on the European market.

According to many, this is the reason the term South Corridor, covering both projects, has cropped up in expert circles. A convergence of European and Russian interests, now more in evidence than before, should also be taken into consideration when looking at this new development. And what is bound to enhance this development is the shadow cast by China across the whole of Eurasia in combination with the palpable retreat of the US from the region — prompted by a forced rationalization of its weakening resources after being bogged down on several fronts at once.

So far, the EU and Russia have had different views. For the EU, Nabucco remains a priority and this is something it wishes to emphasize at the Energy Summit that is to take place at the beginning of February. As has been said by Günther Oettinger, commissioner for energy of the European Commission, although there are a good deal of plans on the table the European Union considers it important to dispose of a direct connection with the region around the Caspian Sea. This in itself does not specifically rule out a merger of the two pipelines but the commissioners are not aware of such a plan.

On the contrary, European Commission President José Manuel Barroso has in recent days visited Azerbaijan and Turkmenistan to support the Nabucco project. Azerbaijani President Ilham Aliyev is prepared to secure up to 21 billion cubic meters of natural gas a year in the next five to eight years, and Turkmenistan promised supplies amounting to 10 billion cubic meters a year. If we would not have heard something similar in the past then we could consider this to be a significant development. The future exploitation of Nabucco’s capacity — 31 billion cubic meters — is thus secured announced Oettinger. It is therefore quite plain that Moscow is worried about the results Barroso achieved at his foreign trips.

Moscow’s answer was not long in coming however. Gazprom announced that instead of the 38 billion cubic meters it bought from the three Central Asian states (Kazakhstan, Uzbekistan and Turkmenistan) last year, it would even buy 38.8 cubic meters of natural gas this year. In addition it voiced its intend to increase its own production until 2015 from the current 515 to 570 or possibly even up to 580 cubic meters.

At the same time, the director of the Russian president’s office, Sergey Naryshkin, rapidly took off for Baku where he officially inaugurated the newly built five-story Russian information and cultural center. The real purpose of his stay was to discuss with Aliyev the natural gas export agreements that Azerbaijan promised to the European Union.

Russian Foreign Minister Sergey Lavrov at that same time held talks with another key country involved in the Nabucco project: Turkey. It is therefore quite plain that Moscow is worried about the results Barroso achieved at his foreign trips.

The competing game, so far only accompanied with virtual, albeit sincere, overtures behind the scenes and, above all, a lot of background noise is clearly set to continue. Nevertheless US Ambassador Thorne may at the same time also be right that at some point in the future both projects could merge.