Jaroslav Andres, sponsor of new center-left party LEV 21, promised to reveal details about his firm Sequest, but has sold it instead 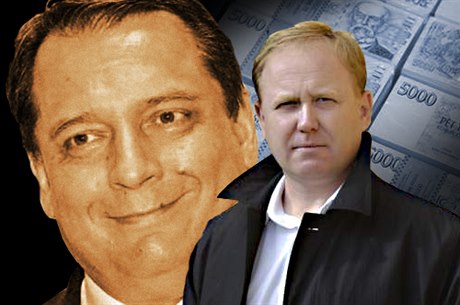 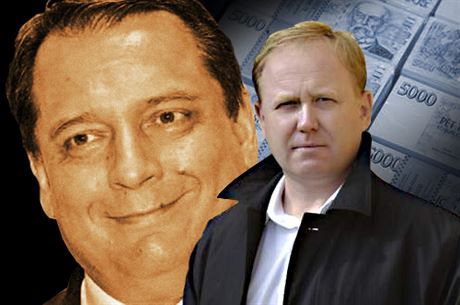 Czech politics has a new benevolent political sponsor who is unable to provide a coherent explanation about the source of his money. His name is Jaroslav Andres, until recently the owner of the firm Sequest, which reportedly provides investment protection advice. He is also the secretary of former Social Democrat (ČSSD) prime minister Jiří Paroubek’s new center-left party.

Andres says he is providing Paroubek’s new party, National Socialists – 21st Century Left Wing (LEV 21), space free of charge in a building in Prague rented by Sequest from the firm Eukaryota, which happens to be part of the non-transparent Cyprus-registered investment firm Natland Group, which owns the Eden stadium in Prague 10 where Slavia Prague FC play their home games, and has an 18.85 percent stake in the Prague refuse collection and disposal company Pražské služby. Rumors persist that Natland’s real owners are the “godfather” lobbyists Roman Janoušek and Tomáš Hrdlička.

The building in question where LEV 21 has set up headquarters is located on Radlická Street in Prague’s 5th district. Back in November, the party’s spokesman, Tomáš Sazima, told Czech Position that Sequest pays Kč 300,000 a month in rent for the whole building. Nevertheless, not a single annual report and no audit results have been filed — as required by law — with the Company Register managed by the Ministry of Justice since the company was registered in 2005, thus it is not known where the company gets its money from.

Czech Position repeatedly requested financial information about Sequest from Andres and LEV 21’s party secretary responded with promises to provide financial data. At the end of last year, however, Andres off-loaded the company.

Paroubek, who left the major center-left party Social Democrats to found LEV 21 in November, has stated on several occasions that Andres and the party’s campaign manager, Petr Benda, are sponsors of his party. Now, however, in the Company Register Andres appears only as a member of the statuary organs of the firm Inquest, a.s. Again the question as from where Paroubek’s party gets its funds remains unanswered.

Last year, Jaroslav Andres from Ústí nad Labem still had grand plans for his company Sequest, as he explained to Czech Position in an interview published Oct. 25:

“Despite the fact my company Sequest has its registered head office in Ústí nad Labem, given the economic situation in the Ústí region I haven’t found many clients for consultancy services there. There are more interesting clients for me in Prague, the center of economic activity, so I commute to Prague. I have also decided to rent several properties. In that building [Radlická 58] I have around 10 associates who can work there. They’re not necessarily my employees, however. We are establishing a sort of logistics headquarters there, and following economic analysis, I will sublet the other properties.”

A little over a month following that interview, Andres off-loaded the company Sequest. Did he fear that due to failure to submit required financial information to the Company Registry trouble was brewing? Czech Position asked the Ústí entrepreneur for an explanation for his surprising move, but again to no avail: through LEV 21 spokesman, Tomáš Sazima, Andres said he does not intend to comment in any way about the firm Sequest, but nevertheless, “he greatly appreciates our interest.” Thank you, Mr. Andres.

“Following many years in business, Mr. Andres is tired and he took up Jiří Paroubek’s offer to work as general secretary in the LEV 21 party,” Sazima said in response to questions as to why he got rid of the firm Sequest.

Is Mrs. Vykouková not concerned that tenants of a building which her firm rents for Kč 300,000 a month include a political party which doesn’t pay any rent?The new owner of the firm Sequest is Jitka Vykouková, a teacher of the first grade at the elementary school in Krupka, northern Bohemia, and an insurance advisor for Allianz with an office in Litvínov. The contract for the transfer of ownership of Sequest shows Vykouková paid Andres Kč 180,000 for the firm.

So what motivated Vykouková to take over ownership of Sequest? Is she not concerned that tenants of a building that her firm rents for Kč 300,000 a month include a political party that doesn’t pay any rent? Is she somehow connected to the party? Which figures did she go by when taking over the firm, given that no accounts are available from the Company Register?

Czech Position contacted Mrs. Vykouková to put these questions to her, but it appears that she has adopted the tactics of her company’s former owner and simply referred us to her lawyer, Milan Mleziva from the law firm JUDr. Ing. Milan Mleziva. “In view of the relevant laws on legal advocacy, I’m obliged to maintain confidentiality in all matters concerning my clients; this includes the company Sequest s.r.o. [which] will continue its business activities in the areas in which it has operated hitherto,” Mleziva told Czech Position.

LEV 21 has stated that it will reveal the details of the party’s funding soon: “The financing of the political party National Socialists – 21st Century Left Wing will published together with the names of all sponsors in the timeframe specified by law. At the same time we are considering the option of opening a transparent bank account to avoid any sort of speculation and to provide the public with an overview of the financing of our party,” party spokesman Tomáš Sazima informed Czech Position last November. We look forward to it.