Musical notes from the underground 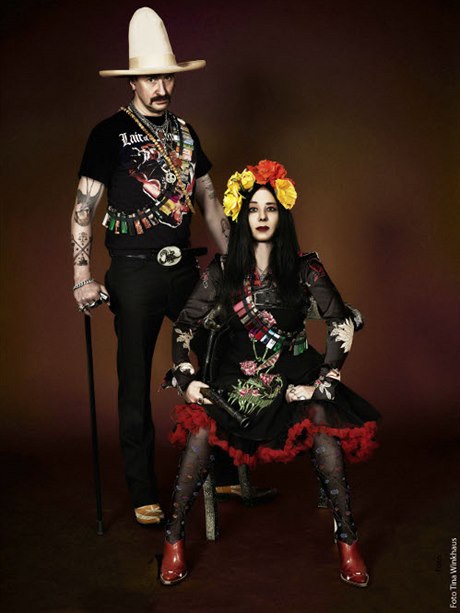 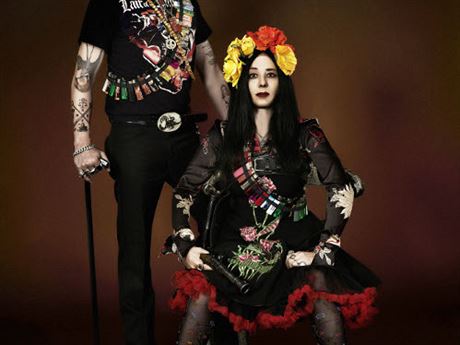 Alternativa 2011, the 19th festival of alternative music, takes place in Prague this year from Nov. 19 to 26, bringing a stacked lineup of Czech and international groups from across the full spectrum of new and experimental music. The festival comes at a challenging time for independent musicians, who find themselves needing to search out new models for artistic survival.

Alternativa has grown tremendously since it began in 1993, adding an increasing international presence that extends into the history of underground music. This year the heralded Berlin music scene is much in evidence, with two offshoots of Einstürzende Neubauten as well as Les Hommes Sauvages.

There are also a number of notable North American alternative bands. Akron/Family arrive in Prague in the midst of a short European tour, while Pink Mountaintops, the occasional side project of Black Mountain’s Stephen McBean, is another highly anticipated guest. The festival is also the occasion of the fifth anniversary of independent Czech music publisher Polí5, with a full evening of the label’s bands performing.

Hitman’s Heel is the latest collaboration between Einstürzende Neubauten bass guitarist Alexander Hacke and multimedia artist and musician Danielle de Picciotto. Unlike their previous multimedia projects, Hitman’s Heel is all about the music.

“We just felt like writing a couple of songs that speak about our current nomadic traveling. Our other previous shows were all specifically meant as multimedia performances where the visuals and the music are equally as important,” De Picciotto told Czech Position.

For anyone interested in those multimedia works, there will be a screening of De Picciotto’s 2010 documentary “How Long is Now” that followed their performance “Ship of Fools.” De Picciotto and Hacke performed the work over two years in a number of different cities, inviting guest musicians to participate.

“For us it was a kind of musical research to see how different cultures interpret the same topic … On top of live scenes of our performances and collaborations, we also did interviews with the different musicians about why they started playing their specific instruments and this is where the documentary gets very humorous,” De Picciotto said.

The duos next project, “The Glasshouse,” is a silent horror movie about De Picciotto’s last night in New York City in 1986, which they will perform live with various musicians specializing in experimental noise and industrial music. The festival will also include an exhibition of De Picciotto’s ink drawing titled “My Secret Diary.”

It has been a couple years since Akron/Family have played in Prague, but the band retains an affection for the city and its audiences.

“Prague has been a place I have always felt an incredible warmth and good humor from. The people we meet there feel unique and interesting, in a way that has little or nothing to do with overblown Internet bloggo-consciousness. It's refreshing and inspiring. It feels like the great search for meaning in life is something that is truly alive and well in Prague,” Akron/Family vocalist and bassist Miles Seaton told Czech Position.

Seaton says that since the last time the band played in Prague they have embraced a lot of the punk energy they have always felt close with and are not so serious. “I feel like the shows are perhaps less introspective, and we are really playing together better than ever. The sound is full and the vibe is wild and spontaneous.”

Shifts in the underground

In her recently released memoir “The Beauty of Transgression” De Picciotto writes about the changes in underground music, particularly in Berlin. Whereas in the ’80s and ’90s the scene would gravitate around a dominant musical form the new century saw a fragmentation into multiple scenes, that though adding diversity never maintained the influence of their predecessors. Today, De Picciotto says there have been even more changes in alternative music.

“In general, there is a lot more of everything than 10 years ago. This has mainly come about because of the Internet and all the many programs that enable people to make and record music at home, instead of having to pay for expensive studios. Interestingly, this does not mean that there are more interesting projects — in my eyes the amount has still remained about the same as before,” De Picciotto said.

One of the main problems musicians face also arises from technology, in the form of downloading. De Picciotto sees the very “flood” of music available to people as causing them to devalue it, and in the process, devaluing the artists’ time and effort. Whereas it used to be normal to pay for art the way you paid for food and rent, today people expect to get it for free.

“This has changed the face of music - especially for the underground, which is quickly being destroyed. The famous top ten musicians do not care if a couple of their records are downloaded for free. For an independent musician it is a catastrophe if 300 of their 500 records do not sell because of downloading … I think that new ways need to be invented in helping experimental artists to survive.”