Martin Dvořák’s mum got €1.6 mln loan via Hong Kong firm to buy Portuguese villa that then agreed loan with a DPP contract-winner 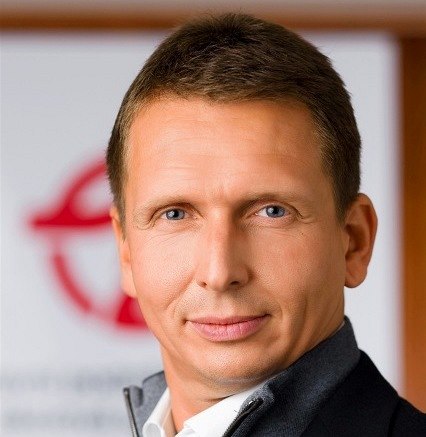 Martin Dvořák, the former chief of DPP, says the links between his mother’s businesses and companies that he awarded contracts to are purely ‘coincidental’ foto: © DPP, Česká pozice

The business daily Hospodářské noviny (HN) has published fresh evidence of indirect and direct links between companies that lent money to the mother of Martin Dvořák, the former CEO of the Prague public transport company DPP pushed to resign over suspect contracts, and companies that benefitted from contracts that the city-owned entity granted during his tenure.

As Czech Position and other media previously reported, Dvořák’s mother, Marie Nováková, bought a villa located on the grounds of a luxurious golf resort on the Portuguese archipelago of Maderia for some Kč 40 million in 2009. According to HN, on the same day that Nováková secured a €1.6 million loan for this purpose from Unitex International Capital, the Hong Kong-registered company entered into a loan agreement with Mavex Group Incorporated, a Virgin Islands-registered company that owned Bitmedia — a company profiting from the placement of advertising TV screens in the Prague metro that her son granted the lucrative license to.

Unitex International Capital borrowed the equivalent of Kč 100 million from the offshore company Mavex Group Incorporated, the business daily said, noting both companies are represented by David Michal, a lawyer in the Prague firm Šachta & Partners — which at the time also had the DPP as a client. Michal is a partner in the leading law firm, which also represents Ivo Rittig, a prominent Prague businessman who earned commissions (alleged to be “kickbacks”) from another DPP contract signed off on by Dvořák.

Dvořák — who was asked to resign as head of the city-owned transport firm by Prague mayor Bohuslav Svoboda (ODS) in November 2011 as allegations began to emerge that tens of millions of crowns had been siphoned off from DPP during his tenure — has characterized the chain of events and links as a “coincidence.”

Michal told HN that Mavex Group Incorporated had only a minor stake in Bitmedia and that it did not generate any income. While he declined, however, to provide the newspaper with documentation backing up his statement, he insinuated that Dvořák’s ex-wife has promoting the non-story while working with a Czech anti-graft group for her own personal gain.

According to that group, the Endowment Fund Against Corruption (NFPK), from January 2007 to February 2008 some Kč 73 million was transferred from the account of Cokeville Assets to an account controlled by the Prague lobbyist Rittig, but not all payments could be directly linked to fulfilling the contractual relationship between Cokeville Assets and Neograph.

According to the news server Aktualne.cz, Mavex Group Incorporated can be linked to another DPP contract from Dvořák’s time there, pointing to the fact that the loan agreement between the offshore company and Unitex International Capital was signed by Mavex director, Jana Lütken, who is also head of Cokeville Asset Inc. — a company at the center of the allegations that led to Dvořák being pushed to step down as CEO of DPP.

Cokeville Assets Inc. — for which Rittig acted as a consultant — had mediated a contract between DPP and the private Czech security paper mill Neograph to produce metro, tram and bus tickets. Neograph, which had been receiving Kč 0.37 for each ticket it produced, was transferring some Kč 7 million annually to Cokeville Assets Inc., or Kč 0.17 per ticket, to an the offshore company registered at a P.O. Box in the Virgin Islands.

Stanislav Beránek of the Czech branch of anti-corruption watchdog Transparency International said the DPP-Neograph-Cokeville Assets arrangement appeared to be a form of “kickbacks to DPP itself,” possibly to the ex-CEO Dvořák as well as to other top management at the city-owned transport company.

Dvořák’s last official act before resigning from DPP was to cancel the disadvantageous contract with the paper mill. Czech anti-corruption police are now looking into his family’s finances, his mother’s purchase of a Kč 25 million villa via a Michal of Šachta & Partners.

Rittig, known as a gray eminence to the center-right Civic Democrats (ODS) is sometimes referred to in the Czech media as one of the “Prague godfathers” due to the lobbyist’s alleged influence over the awarding of lucrative public contracts.