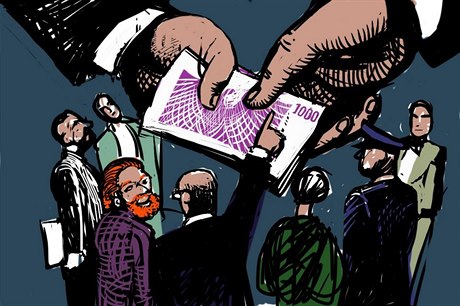 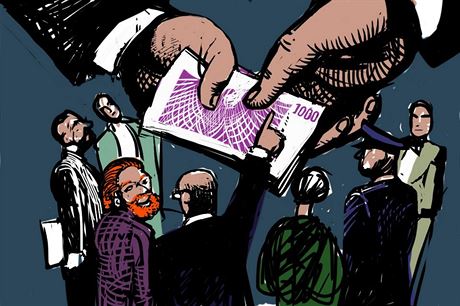 Close relationships between businesses and governments are enabling corruption and undermining economic stability in Europe, with few countries regulating lobbying or allowing easy access to public information, thereby helping foster a culture of graft allowing political and business elites to divert funds with impunity, the anticorruption watchdog Transparency International said in a report issued this week.

The lowest ranks in TI’s new “National Integrity Index” are occupied by countries notorious for indebtedness and economic crises: Greece, Portugal, Spain, and, to a certain extent, Italy, which were all singled out for “serious deficits in public sector accountability and deep-rooted problems of inefficiency, malpractice, and corruption.”

But no European country received a clean bill of health from the watchdog’s corruption so-called integrity check. “Across Europe, many of the institutions that define a democracy and enable a country to stop corruption are weaker than often assumed. This report raises troubling issues at a time when transparent leadership is needed as Europe tries to resolve its economic crisis,” said Cobus de Swardt, TI’s managing director, in a statement.

And according to the report, “Money, Politics and Power: Corruption Risks in Europe,” the Czech Republic is among the countries to have shown a worrying rollback since entering into the EU. Particularly serious are the areas of public procurement (also, notably in Romania, Bulgaria and to a lesser extent Slovakia) and political-party funding, it said.

“The national assessments reveal major corruption risks and vulnerabilities, as well as problems of inefficiency and lack of transparency in the public administrations of some European countries. This is particularly evident in Bulgaria, the Czech Republic, Greece, Italy, Portugal, Romania, Slovakia and Spain, and often relates to public contracting and procurement processes,” it said.

For example, in the Czech Republic one in three managers of small and medium sized enterprises (SMEs) believes a public contract cannot be won without resorting to bribery, kickbacks or other incentives, the TI report said, noting that this country is among those where the public perceives a high rate of corruption.

“Attempts to circumvent procurement rules are highlighted across many countries and the misuse of the thresholds is a recurring theme. In the Czech Republic, the threshold set for construction works is systematically abused. The law allows the contracting authorities to use a simplified below-the-threshold procedure for construction contracts if their value does not exceed 20 million CZK (approximately €800,000), which results in an accumulation of contracts just below the threshold.”

Political parties and businesses exhibit the highest risks of corruption across Europe; with few exceptions they are rated among the weakest sectors when it comes to anticorruption safeguards, according to the watchdog.

One of the intersections at which parties and businesses meet – political party-financing – is a particularly high-risk area, which even countries often described as “low corruption contexts” have not managed to insulate themselves against. “Despite the increased regulation of party financing in most European countries, effective enforcement has not necessarily followed suit,” the TI report noted.

What’s more, in a number of countries there are no post-employment restrictions for members of the executive: the Czech Republic, Denmark, Hungary, Italy, Romania, Slovakia, Sweden and Switzerland. Many also limit public disclosure of parliamentarians’ incomes, providing only a summary of the declarations or for their partial disclosure. In Belgium, the Czech Republic, Germany, Greece, Hungary, Italy, the Netherlands and Switzerland, the law falls short of providing full, or in some cases any, publication of income and asset disclosures.

“Furthermore, in many countries, for example Slovakia, the oversight and verification mechanisms surrounding these disclosures are found wanting and the public is not convinced of the veracity of asset declarations,” TI said.

In practice numerous barriers also exist to access to information across the region. Among the barriers reported in the national assessments are excessive fees (Ireland), long delays (the Czech Republic, Portugal, Slovenia and Sweden), low levels of public awareness of the freedom of information law (Germany, Portugal and Switzerland), extensive exemptions regarding business and company secrets (Germany), lack of an independent oversight body (Hungary and Latvia) and municipal authorities’ failure and or lack of capacity to comply with the rules (the Czech Republic and Romania).

Bribery in the Czech Republic

Ahead of the release of the “Money, Politics and Power: Corruption Risks in Europe” report, the Czech branch of Transparency International and the STEM/MARK agency released the results of a survey about bribery in the Czech Republic.

Czechs most often were asked to pay bribes at the Vehicle Testing Stations (STK) and when measuring car emissions, in health care in order to get better treatment or check-up, and in connection with traffic offenses, it said. Some respondents also said the encountered it when admitting a child to kindergarten, passing a driving school exam, or seeking a quick construction permit.