With a building completed, including a show apartment, and financing in place for 220 units, Avestus bets on high-end residential potential 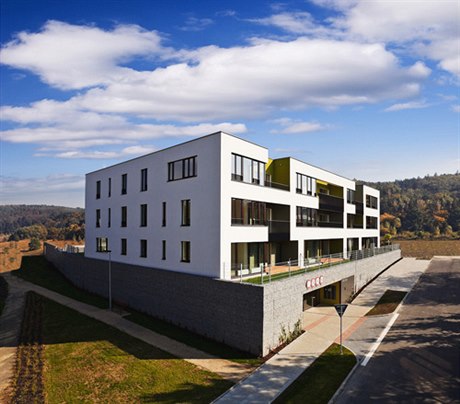 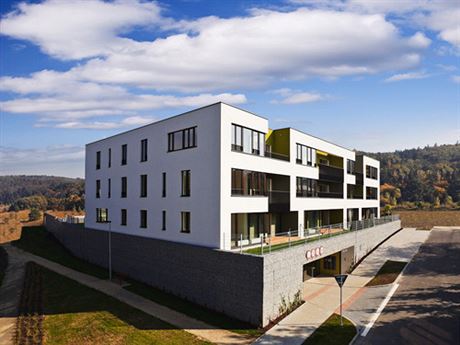 In the wake of the economic downturn, a segment of residential developers in the Czech Republic are pursuing projects with a much narrower focus than was common during the boom years. Aiming for higher-quality and higher-priced developments that target a smaller yet more discerning group of prospective buyers, they are counting on this approach paying dividends as the market picks up.

Avestus Real Estate’s project Modřanský Háj in Prague 4 is an ongoing development that exemplifies this strategy. The three-phase project is located on 11 hectares and will comprise a total of 600 units. The first phase has been underway since 2009, and one building has been completed.

Avestus Real Estate country manager Stephen Haigh says the higher end of the Czech market is still moving slowly. “There is a lot of action at the bottom of the market with cheap product — where there is not a lot of attention to design aspects, and the real feel of how to live in an apartment is not being thought through properly,” Haigh said in an interview. “These are still selling. They’re selling on price, so if you look at product selling between Kč 40,000 per sqm up to Kč 52,000 per sqm, people are still buying.”

‘Before the crisis we could convert a sale in 2–3 weeks, now its 6–8 weeks before they’ll actually commit to anything.’

For Haigh, there is no question of competition with this end of the market as the buyers are totally different — and with more discerning buyers, developers are also required to do a lot more.

“The customer is in the driving seat now. Now, they’re taking the time to do a thorough due diligence,” he said. “Before the crisis we could convert a sale in two to three weeks, now its six to eight weeks before they’ll actually commit to anything.”

Customer service is another important factor in reaching and convincing today’s higher-end purchasers, for which Avestus has opened a city center office to provide customers with an assortment of information on interior fittings and other apartment features. Online information, such as updated completion dates, is crucial as well, and Haigh indicates that there has been a doubling of web traffic to the site since the end of the summer.

This market-wide emphasis on customer service has forced a change, Haigh says, in particular among domestic developers. “My Czech competitors, when I first arrived here, had no customer service to speak of. It has improved over the last couple years, but it’s still not up to standard and needs to get better,” he said.

Based on his experience in the UK, Haigh considers it essential that potential buyers can see what they’re getting, which is why there was a priority on having a show apartment ready on site as soon as possible. This holds true for the company’s other future residential projects, the first of which should start in 2011, depending on the market situation.

Located on a site 18 kilometers to the east from the center of Prague, Avestus hopes to have the planning permit before January 2011 and the building permit a few months later, so that construction can start in the spring.

The necessity to start building and have a visible product has created a financial dilemma for some developers “You can’t build to show something because you can’t get the pre-sales; you can’t get the financing, therefore, buyers won’t buy it.” In Avestus’ case, a good working relationship with its bank has allowed for the negotiation of preferable terms for the project’s first phases.

“Because, obviously, for the first phases it’s necessary to show the customer what they’re getting, and create a presence to show them how the product is going to look. The bank realizes this. They realize they need to be a little more flexible and allow you to get going before the more stringent conditions come in a little later. We’ve got a loan signed for about 220 units of the overall project,” Haigh said.