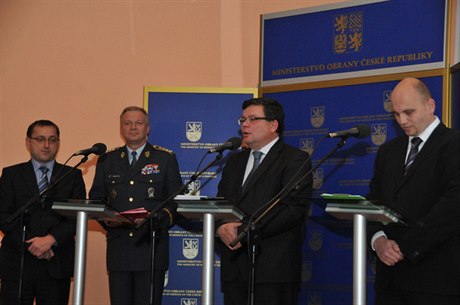 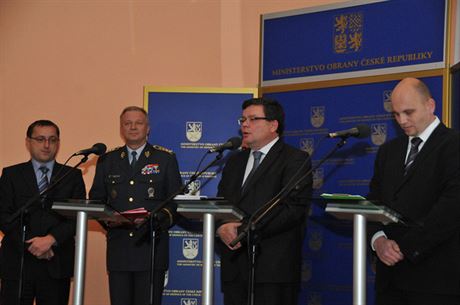 Defense Minister Alexandr Vondra (Civic Democrats, ODS) announced on Tuesday that he will recommend the cancellation of the Czech military’s contract for the delivery of four CASA transport planes manufactured by EADS — a subsidiary of Airbus Military — if all faults on the planes are not fixed by May 2012. The Chief of Staff of the Czech military, General Vlastimil Picek, had ordered the withdrawal of the planes from trial operation in October after several fundamental technical faults emerged.

“The supplier, the company Omnipol, is bound to deliver all four planes complete with all operation equipment, by November 20, this year. Last Friday in Prague another round of talks was held with the supplier and also the manufacturer – the company Airbus Military. It must be said that while they both recognize the problems, in our opinion they are playing them down so far. We don’t want and cannot allow this,” Vondra said at a press conference on Tuesday.

The Czech military says that due to non-functioning of passive defense systems and problems with software, the planes cannot be deployed on foreign missions, including in Afghanistan. If the faults are not put right, Vondra said he will recommend the government cancel the contract, according to which the Czech Republic has six months (as of the end of November) within which to do so.

According to the deputy defense minister in charge of military acquisitions, Rudolf Blažek (ODS), the military is receiving penalty payments from the supplier and manufacturer to compensate for the non-functioning passive defense systems.

“At this moment I cannot say the exact amount, but it amounts to hundreds of thousands of crowns. We can only claim compensation for non-delivery of the passive defense system, which has not been paid for. Over time everything else has been paid for and delivered,” Blažek said Tuesday.

In October, the Czech military’s CASA’s were grounded for a second time since this year after errors emerged with the navigation system and software leading to failure of an engine on one of the planes as it was preparing to land.

The purchase contract for the CASAs worth €132 million (almost Kč 3.5 billion) was signed in 2009, the day before Martin Barták (ODS) was promoted from deputy to defense minister. The European Commission alleges the contract contravened EU regulations because it was awarded without a tender being held.