MoD: Czech forces in Afghanistan to be reduced 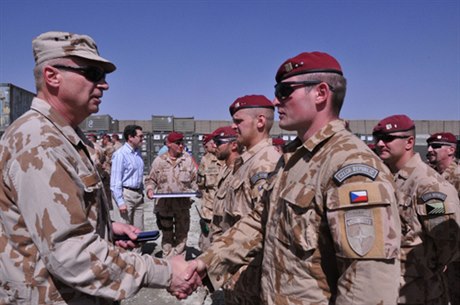 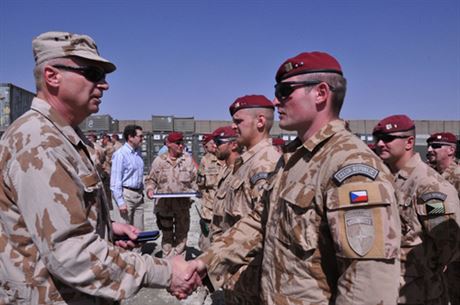 In 2012, Czech troop numbers in Afghanistan will probably be reduced to around 520 from the current level of 720, Defense Minister Alexandr Vondra (Civic Democrats, ODS), announced during a televised debate on Sunday. Vondra made the announcement in reaction to criticism by deputy leader of the opposition Social Democrats (ČSSD), Lubomír Zaorálek, that the Czech government had not responded to the planned withdrawal of US troops from Afghanistan as recently announced by the US President Barak Obama.

Czech Prime Minister Petr Nečas (ODS) last week reacted to Obama’s announcement by saying the Czech Republic would remain a reliable NATO ally and would not take any unilateral decisions on tactics and policy in Afghanistan. On June 29, the Chief of Staff of the Czech military, Vlastimil Picek, announced that the Czech helicopter battalion would be withdrawn by the end of 2011 because the helicopters require maintenance.

Despite Vondra’s announcement Sunday that troop numbers would be reduced to around 520, parliament has approved a mandate for 640 troops to be posted in Afghanistan in 2012.

Czech troops are involved in training Afghan police and army units and reconstruction programs. The largest Czech contingent, a provincial reconstruction team (PRT), is stationed in the Logar in the east of the country. Vondra said on Sunday that Czech troops will remain there longer because of the need to complete programs to improve the local economy and ensure the province could “stand on its own feet.”

Foreign Ministry spokesman Vít Kolář recently said that diplomats are expecting the Czech PRT in Logar to remain there until the end of 2014. NATO plans on handing over all security operations in Afghanistan to the country’s own army and police in 2014.