An exhibition of the photographs of Miroslav Tichý at Prague’s galerie 1. Patro shows the art of voyeurism along with the voyeurism of art 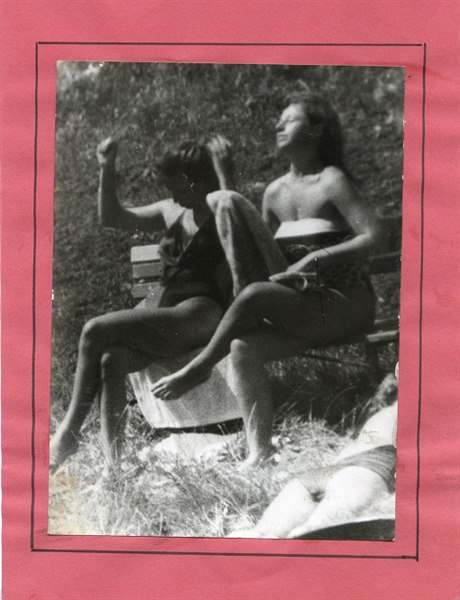 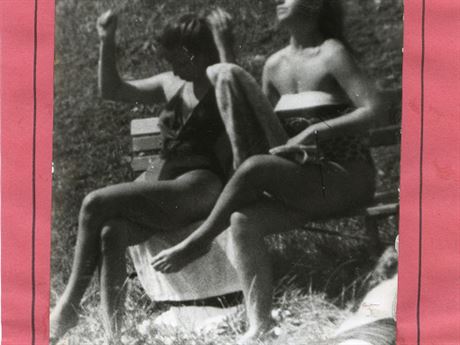 Miroslav Tichý represents one of the major international rediscoveries of 20th century photography in recent decades. Living unknown in his hometown of Kyjov, Moravia, Tichý spent decades surreptitiously taking pictures of women in public with cameras constructed from tin cans and cardboard tubes. The results can be seen as an artistic, eroticized variation of the surveillance photos of the communist-era secret police that kept a close eye on the peculiar, subversive figure of Tichý himself.

Šimon says that Tichý’s rediscovery has come as the result of good marketing since the early ’90s, capped off by prestigious exhibitions in New York and Paris among other major art centers. After his death in April 2011, Tichý’s immense body of work passed to his Kyjov neighbor Jana Hebnarová, from whose collection the works in the exhibition were drawn.

The exhibition adds to our knowledge of Tichý’s art by including a selection of his drawings. While the photographs taken in small-town isolation on a homemade camera and left to rot by their eccentric creator seem to fit the profile of outsider art, the drawings of the one-time Academy of Fine Arts in Prague (Akademie výtvarných umění v Praze) student reveal a trained artist working in the Modernist tradition and influenced by Josef Čapek among other Czech painters.

“He withdrew from that in the ’60s after some disappointment and stopped painting. When he started taking photographs, he didn’t consider it as art,” Šimon said.

The terrible condition of many of the pictures is testament to Tichý’s indifference to them. Left lying around his house, many are damaged, some even having been eaten by mice. Šimon says that the photographs generally smell bad, as well. “These are the proofs of authenticity – the bad smell, the bad condition,” he added.

Yet Tichý’s indifference to his photographs extended to his international renown as well, and he more or less refused to participate in the art world’s celebration of him. By the ’90s he had stopped taking pictures altogether.

“He was absolutely not interested and I think he never even visited an exhibition of his work,” Šimon said.

Tichý’s lack of interest in his work will continue to have repercussions though, Šimon says, as he never signed any of his photographs. “This will or could eventually cause trouble in the future with fakes. There are already fakes on the market, because it’s not that easy but also not that difficult to fake these kind of photographs,” he said. Šimon says that Tichý’s work sells for between €3,000 and €10,000 and up.

One of the most evident features of the photographs on display is the almost total absence of men in the pictures. Other than a self-portrait separated from the other pictures in the gallery’s entrance hall, there is only a single man visible in the background of a lone photograph. The street scenes and shops and swimming pools are otherwise absent of male figures, giving the viewer of Tichý’s work a feeling of the tunnel vision of his voyeuristic gaze.

Šimon says that the theme of the exhibition overall is that of the disappearing woman, with the woman photographed walking away from the camera or disappearing into a blur of the unfocused image. “The other aspect I wanted to push a little bit is the peeping tom effect. Because basically he is a peeping tom, and there is a very direct approach to the female body,” Šimon said,

Some of the most voyeuristic images in the show were taken from behind a chain-link fence at the local swimming pool. Šimon pointed out that Tichý gave many of these pictures drawn and decorated frames, indicating their importance to him.

Another room in the gallery showcases scenes of women behind shop counters and engaging in more mundane everyday activities, which represents another facet to Tichý’s photographs. “I think he’s also an excellent documentarist of the communist era 1970s and ’80s,” Šimon said.

In this context Šimon identified a more surprising element of Tichý’s obsessive gaze – bicycles. “In fact, there could be a separate room of photographs of women with bicycles. He seemed to have loved bicycles.”

Šimon added that for all its voyeuristic tendencies Tichý’s work is without menace and expresses a basic joy. “I think that is why I like his work so much, personally,” he said.