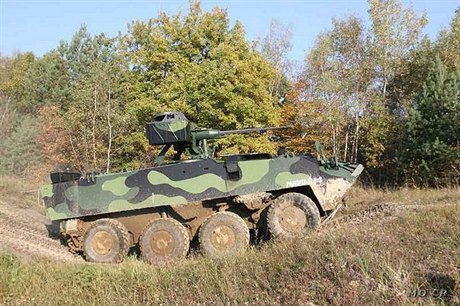 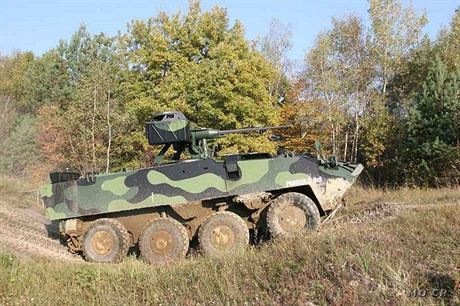 Former manager of the U.S.-owned Austrian arms firm Steyr Mannlicher, Stephan Szücs, had given more details of his claim that bribes were sought in connection with the delivery of 107 Pandur armored personnel carriers (APCs) for the Czech military. Szücs claims that a demand for a “provision” of €18 million was made at one of the meetings with Marek Dalík, an adviser to  former Prime Minister Mirek Topolánek, according to the daily Mladá fronta Dnes (MfD).

It also reports that, according to two unnamed sources, the U.S. Securities and Exchange Commission (SEC) is also investigating the allegations because Steyr is majority-owned by the US defense conglomerate General Dynamics. The SEC refused to comment on the case.

More revelations from the testimony of ex-Steyr manager Szücs to Czech and Austrian investigators are undoubtedly of direct interest to U.S. investigators: according to Szücse, one of the people present at the meeting in 2007 at which Marek Dalík allegedly demanded the €18 million  bribe was former U.S. diplomat Victor Jackovich, who at the time was a high-placed negotiator for the US arms firm General Dynamics.

Jackovich wrote in March 2008 that he didn’t want to make any comment, and that his role in the deal was only marginal.

Another person present at that meeting was Lova Drori, vice president of the Israeli state-owned arms producer Rafael, which supplies components for Steyr’s Pandur APCs. Rafael also had a contract with the Czech firm Defendia, which at the time was the Czech branch of Steyr.

“Regarding the three times €6 million, Drori told us that if we had the impression that the money would remain with the participants of the negotiations on Nov. 8, 2007, we were wrong — [the money] would also be for the agreement on the part of the prime minister,” MfD quoted Szücs as saying in his testimony to Czech and Austrian inspectors.

The Minister of Defense at the time when the bribe was allegedly sought, Vlasta Parkanová (formerly KDU-ČSL, now TOP 09), told MfD that she was “shocked” by the revelations. “When you accept a government post, not in any state do you imagine that instead you will receive a ticket to Palermo,” Parkanová told MfD.

Parkanová headed the ministry and was ultimately responsible for the dealings of her deputy ministers, including Martin Barták, who is also implicated in the scandal.

Parkanová could not say why Dalík was present at the negotiations with Steyr and claimed she knew nothing about him being there. Ministry of Defense spokesman Jan Pejšek confirmed to Czech Position that Dalík had not been appointed by the ministry to conduct any negotiations, nor was he a member of any of the ministry’s working groups at the time.

Former Deputy Defense Minister Martin Barták was suspended from his more recent post as deputy finance minister toward the end of last year due to an investigation into allegations of his attempting to elicit a bribe in connection with a Defense Ministry order for military trucks from the Czech producer Tatra.  Barták resigned from his post in the Finance Ministry in March citing “social and economic reasons.”