Credible sources with the Civic Democrats (ODS) say the popular ex-Moravian-Silesian governor, now an MEP, will toss his hat in the ring 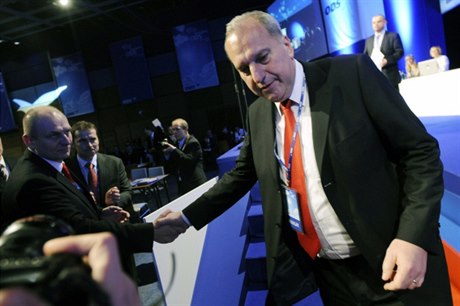 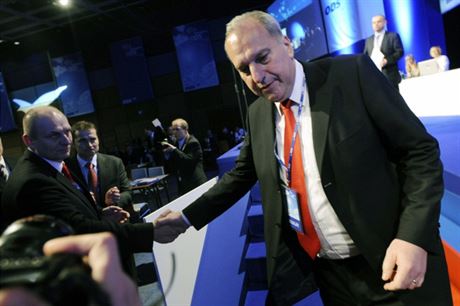 Czech MEP Evžen Tošenovský will officially announce his presidential candidacy on Saturday, with his nomination underpinned by the Civic Democrats (ODS) from the Moravian-Silesian region of which he was long governor.

A trusted ODS source told Czech Position of Tošenovský’s decision; another influential member of the center-right party, who also declined to be identified, has since confirmed the information. The 56-year-old MEP did not respond to questions.

The deadline for putting forth presidential candidates, in what should be the first contest decided in direct elections, is on Sunday. Tošenovský had been frequently mentioned as a possible ODS candidate; he will go head to head with another prominent party member, Senate chairman Přemysl Sobotka, who was nominated by his home chapter in Liberec.

The news follows upon the surprise announcement on Monday by the current ODS speaker of the lower house, Miroslava Němcová, that she would not seek the party’s endorsement, saying she wanted to concentrate on pushing through key legislation. However, according to well-placed sources, she exited the race because Prime Minister Petr Nečas, the ODS chairman, and President Václav Klaus (a co-founder of the party) will support Tošenovský’s candidacy.

Tošenovský was elected a Member of the European Parliament in the 2009 elections, receiving the largest number of preference votes. He was mayor of Ostrava from 1993 until 2000, and then served as Moravian-Silesian governor until 2008.

The main Czech opposition party, the left-of-center Social Democrats (ČSSD), will carry out an internal debate to try and help it decide whether to back an independent candidate, well-known economist Jan Švejnar, or party deputy chairman Senator Jiří Dienstbier, Jr, as its candidate in direct presidential elections next year.