Česká spořitelna and Equity Consulting have refused to evaluate the portfolio put together by Key Investments with Prague 10’s money. 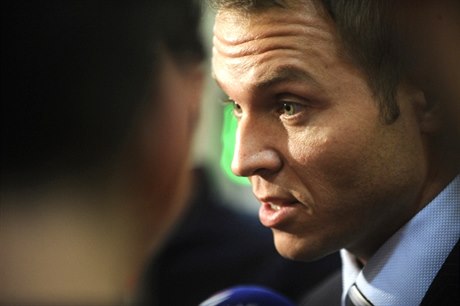 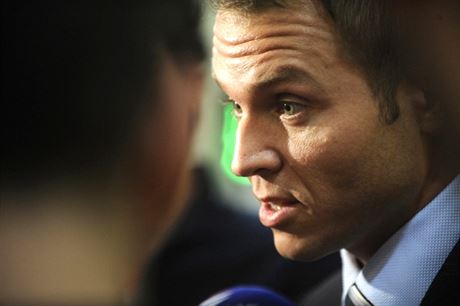 The district administration of Prague 10, which invested public funds with the Key Investments, has not managed to find a way of getting the money back. The tactic chosen by the district’s mayor Milan Richter (Civic Democrats, ODS) is to buy time, but he has yet to find a bona fide expert willing to make a favorable evaluation of the portfolio.

Even if Richter does manage to get a favorable evaluation of the portfolio, he would then have to find an investor who trusts it and is willing to buy the non-liquid securities for at least the price paid by Prague 10, which was Kč 200 million. Nevertheless, Richter has an advantage over his party colleagues who head the administrations of Prague 6 and 13, which together entrusted Kč 500 million to key Investments: Representatives of TOP 09 in the Prague 10 assembly are willing to cooperate with him.

Key Investments faces a distrainment order on part of its assets, and an investigation by the anti-corruption police after criminal complaints were lodged by coal mining company Sokolovská uhelná and Prague 13, while the financial markets regulator of the Czech National Bank (ČNB) is inspecting the firm’s operations. The opaque brokerage also and faces an arbitration case in the tribunal of the Prague Stock Exchange (BCPP).

Richter has decided to renew Prague 10’s contract with Key Investments on a monthly basis and seek expert To deliver an evaluation that would meet Richter’s expectations of a value of around Kč 240 million would be severely damaging for an analyst’s reputation.evaluation of its portfolio created by the investment firm, which he hopes to use to sell the non-liquid stocks and bonds in the companies Via Chem Group and E Side Property for at least Kč 200 million. If he succeeds, Richter will reap praise for rescuing hundreds of millions of Prague 10 residents’ money. If he fails, the affair will probably spell his downfall.

While Richter’s plan may appear to be straightforward in theory, in practice it has hit a stumbling block at the first step: It appears that no experts want to evaluate Prague 10’s portfolio. This is hardly surprising — to deliver an evaluation that would meet Richter’s expectations of a value of around Kč 240 million would be severely damaging for an analyst’s reputation.

As reported by Czech Position, Richter informed an extraordinary meeting of the Prague 10 council on March 30 that Equita Consulting would deliver an evaluation of the district’s portfolio by the end of April. After reading the article, Equita Consulting’s head Leoš Klimt sent Czech Position an email categorically denying that his firm was working on an evaluation for Prague 10.

Equita Consulting is not the only firm Prague 10 has approached for an evaluation. According to Czech position’s information, Richter’s administration also requested the bank Česká spořitelna, which also declined.

Nevertheless, several days after Equita Consulting confirmed that it would not fulfill Prague 10’s request, Richter’s office assured Czech Position that they had officially submitted the task to the firm and were expecting it to carry out an evaluation. It is possible that Equita Consulting initially agreed, but then reneged. Perhaps the firm wasn’t expecting that Richter would mention the perspective cooperation with Equita Consulting at the extraordinary council meeting or that it wouldn’t be reported. But this is purely speculation.

Czech Position discovered that Equita Consulting last year worked with one of the firms in the Via Chem Group and 92 percent of Prague 10’s portfolio consists of bonds issued by the group. Therefore, a conflict of interests could emerge should Equita Consulting evaluate the portfolio.

After the Prague 10 administration confirmed that Equita Consulting really had been hired, Czech Position asked Richter whether he was convinced that the firm was the right choice for the given task and whether he was aware of a possible conflict of interests. “We will ask Equita Consulting to comment on the information provided, and at the same time we will consider commissioning a legal appraisal to define whether or not there really is a conflict of interests as defined by legal provisions,” Prague 10 spokesman Jan Charvát replied.

What is clear is that Richter currently has no one willing to evaluate Prague 10’s portfolio at a minimum of Kč 200 million, thus his plan to rescue the money tied up in Key Investments is coming apart. He will have to quickly come up with a “Plan B.”