Master of Czech fantasy film in US design showcase 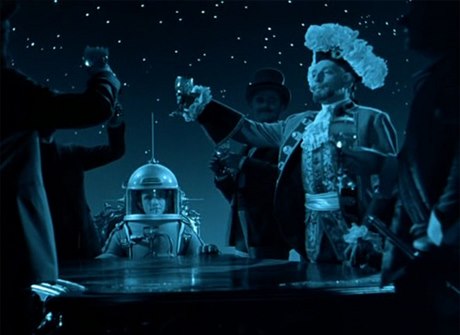 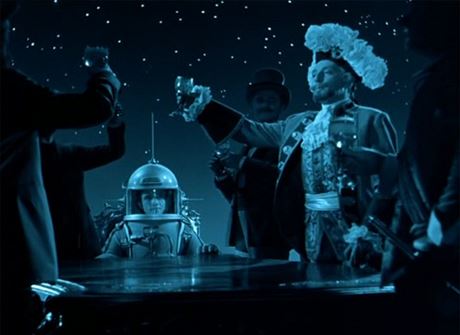 The international reputation of Czech film is still heavily weighted toward the great films of the Czech New Wave of the late 1960s. The works of auteurs such as Miloš Forman and Věra Chytilová deserve all the acclaim they receive, yet an unfortunate consequence of this imbalance is that Czech directors of a more purely imaginative bent, and whose films do not reflect the political situation of the country, are unjustly relegated to the margins of cinematic history.

Among Czech directors one of the most blatant cases is that of Karel Zeman, whose screen adaptations of the work of Jules Verne in particular, remain unrivaled. In part to redress this omission the Visual Arts Center at the University of Texas at Austin will be screening one of Zeman’s seminal films on May 11 as part of the Senior Design Exhibition — “Baron Prášil” (Baron Munchausen, 1962).

Scott Eastwood, one of the artists participating in the exhibition at the Visual Arts Center, told Czech Position that he first became aware of Zeman’s films, and “Baron Prášil” in particular, through its connection to the most famous film adaptation of the Munchausen legends, Terry Gilliam’s 1988 “The Adventures of Baron Munchausen.” It was a screening of “Baron Prášil” at the British Film Institute that inspired Gilliam to put the story on film.

Gilliam’s wildly imaginative though not ultimately satisfying version of the film features such well-known actors as his former Monty Python colleague Eric Idle, Oliver Reed, Sting, Uma Thurman and Robin Williams. Eastwood says that the familiarity with a more recent, English-language version of the story makes it an ideal introduction to Zeman’s work, which also includes the pre-historic  “Cesta do pravěku” (Journey to Prehistory) and his Jules Verne-inspired films: “Vynález zkázy” (The Fabulous World of Jules Verne or The Deadly Invention) and “Ukradená vzducholoď” (The Stolen Airship).

While Gilliam’s film seemed to parallel the extravagant legend of its main character by going massively over budget, Wade pinpoints one of the keys of Zeman’s artistic legacy in his ability to find artistic means to creating arresting images without needing the help of expensive special effects or, as would be the case today, computer-generated imagery (CGI).

“I decided to screen the film with the Senior Design exhibition because I was thinking of Charles Eames’ philosophy on design as creating function in spite of constraints. I think Zeman made a film that functions beautifully as a sharp, well-styled and hilarious piece of cinema, which has to do with his visionary ability to incorporate animations and cutouts to replace elaborate real sets and other special effects that weren't possible because of budget constraints. This to me is a part of good design,” he said.

Eastwood admits to having a preference for the “physicality of old special effects,” such as the elaborate airships and dinosaurs Zeman crafted for his films, over the computer-generated effects most viewers are accustomed to today. Nevertheless, she thinks that however dated the film appears to young viewers, its beauty and artistry will be evident.

“I hope that they appreciate its classic charm and wit. I also hope designers can see how great the film functions formally. But we’ll see,” he said.

Born in 1910, like Japanese director Akira Kurosawa, Zeman had his centennial in 2010. Celebrations included a special conference at the AniFest in Teplice, which featured presentations on the director’s work from Czech and international academics as well as an exhibition featuring some of the puppets he used in his films as well as costumes and film posters.