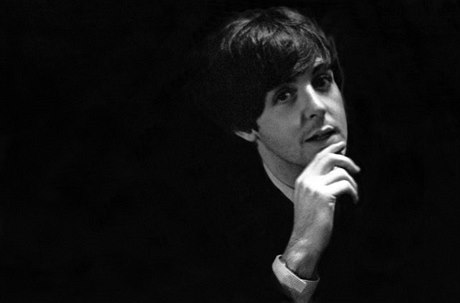 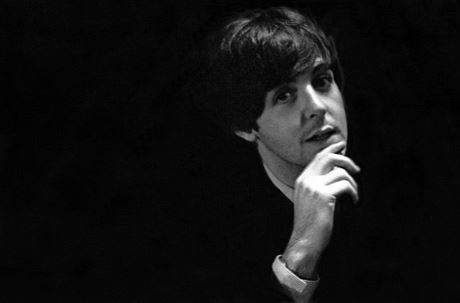 The Czech Museum of Music (České muzeum hudby) in Prague is showing a collection of recently unearthed photographs of the Beatles taken just before the group became famous. It is the first exhibition of the photographs outside of the UK. The undeveloped negatives had been left in a box by the then 16-year old photographer Paul Berriff, who was shocked to rediscover them in his attic last year in such good condition.

The opening of the exhibit of the first half of what has been called the Beatles Hidden Gallery took place on Feb. 21 as part of the already long-running Beatlemania exhibition. The evening was launched by a Czech choir posed on a model yellow submarine doing an a capella version of “Ticket to Ride” while the youthful faces of the song’s original performers looked down in black & white from the surrounding walls.

The not yet Fab Four

In 1963 Paul Berriff was training to be either a journalist or photographer at the Yorkshire Evening Post. He would walk around and take pictures to practice his photography. “That was the year pop music really blew up,” Berriff told Czech Position at the opening of the exhibition. “I knew all the theater managers, and they let me come in and take pictures of the groups. They figured I was harmless.”

Security was yet to be a concern for rock musicians in the pre-Beatlemania days in the UK. At that point, the Beatles were a bottom-of-the-bill band on their first national UK tour opening for beehive-sporting singer Helen Shapiro. Berriff says the band was very helpful, adopting whatever pose he asked them to. This was especially true of Paul.

“I got very friendly with Paul McCartney, who would come up to me and ask me how my photographic skills were coming along. Paul in particular would pose for me,” Berriff said, pointing out some of the posed portraits of Paul that offer a contrast to the candid backstage moments and concert shots also in the exhibit.

Almost 50 years later, the time he spent with the world’s most famous rock group has left an indelible impression in the photographer’s memory. “Paul was always at the forefront of everything. He would interact with the reporters and cameramen very well. John Lennon was always the joker. He tended to be a bit quiet but always came up with clever jokes,” he said.

After a few years as a photographer, Berriff branched out into cinematography, becoming the BBC’s youngest ever cameraman at 21. From there he went on to a distinguished career as ‘I thought I only had six pictures of the Beatles, but I had 40.’a documentary filmmaker, traveling all over the world and working on projects such as Werner Herzog’s “Lessons of Darkness” — a documentary of the ravaged Kuwaiti oil fields after the first Gulf War that Berriff co-produced and did cinematography for.

Berriff decided to go back to his roots in 2009. “I’ve always wanted to get back into stills work, and my passion has always been in photography where I started,” he said.

Having made the decision to return to photography Berriff remembered the box of old negatives he had in the attic containing pictures he had taken in and around Leeds. The box had survived five moves, including eight years in the US where it was kept in a basement.

The box contained 850 pictures and an unexpected haul. “I thought I only had six pictures of the Beatles, but I had 40,” Berriff said. He brought them to managing director of the Beatles Story in Liverpool, Jerry Goldman, who offerred to give them a permanent exhibition space. In Prague for the opening as well Goldman lauded the special relationship the Beatles Story has with the Czech Museum.

The photographs are available for sale in a certified limited edition of 49 prints on the Beatles Hidden Gallery website. Besides the Beatles photos, Berriff dug up stunning old photos of Yorkshire, that besides showing what a naturally talented young photographer he was, have preserved images of the England of yesteryear. “I didn’t know at the time that I’d captured history,” Berriff said.