Czech writers, living and dead, go on an evening-long European tour; in Prague’s Libeň district, even the police station will host a reading 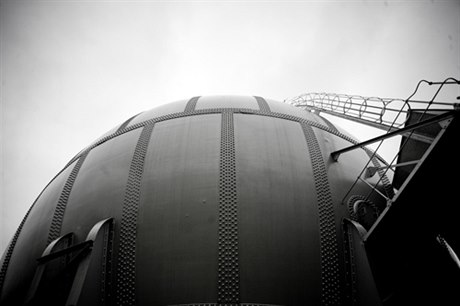 The Libeň Gasholder, site of one of the Literature Night 2011 readings foto: © Drahomír Stulír, Česká pozice 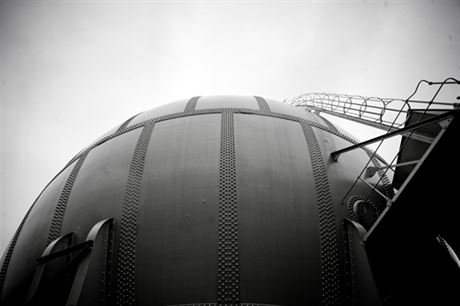 On May 11 Czech and international literature will be the focus of events taking place from Moscow to Madrid, from Stockholm to Tel-Aviv, from London to Yerevan, with the eye of the literary hurricane being located in the Libeň district of Prague made famous by beloved Czech novelist Bohumil Hrabal.

Literature Night 2011 is a project organized by the Czech Centres in conjunction with the European National Institutes of Culture (EUNIC) and is in its fifth year. The evening will provide a forum for Czech writers to have their work read in translation across Europe, while in Prague local celebrities and cultural figures will read Czech translations of a broad selection of European writers.

Literature Night attendees in Prague will not only have the draw of 20 readings performed by well-known Czech film stars like Jiří Langmajer, Klára Issová and Jan Budař, among many others, but will have access to a side of Libeň rarely seen. Besides the readings held in local bars, cafés and theaters, there will be events at the local police station, a synagogue, the Libeň Chateau, the globe-shaped Libeň Gasholder, the Bohumil Hrabal elementary school and a Metrostav office building.

One of the eight European writers who will be in Prague for the event is French novelist Laurent Binet, whose debut novel “HHhH” has a special connection with the city. Recipient of the Prix Goncourt first novel prize in 2010 “HHhH” is titled with an acronym that stands for Himmlers Hirn heisst Heydrich ("Himmler’s brain is called Heydrich") and recounts the assassination of Reinhard Heydrich in Prague.

At the international events the focus shifts to the presentation Czech writers to the local audiences, both contemporary and classic. In Madrid, Ivan Klíma will read from his book “The Spirit of Prague,” while Miloš Urban will present his novel “The Seven Churches” in Milan and Emil Hakl will read from his “Of Kids & Parents” in Stockholm.The reading at the British Library serves as something of an exception to the Czech focus of the night throughout Europe.

Some of the events will even spotlight the work of still too little-known 20th century Czech masters, such as Vítězslav Nezval, whose work will be introduced in Ukrainian translation in Kiev along with that of Franz Kafka’s “Amerika.” In Munich, it will be the work of existential poet and priest Jakub Deml that takes the stage.

The reading at the British Library in London serves as something of an exception to the Czech focus of the night throughout Europe. Rosie Goldsmith, a curator and journalist focusing on arts and international affairs over the course of 20 years working for the BBC, has chaired European Literature Night (ELN) since its initial year as part of the European-wide event in 2009.

While the incredible diversity of culture on offer in London presents a specific challenge in drawing an audience to a night of readings and literary discussion, Goldsmith told Czech Position that last year’s ELN was particularly well-attended due to extra preparation put into selecting authors and advertising.

The surprising and overwhelming success of a writer like Stieg Larsson (“The Girl with the Dragon Tattoo”) has played a role in convincing publishers that foreign fiction can offer commercially viability as well as literary quality. Goldsmith points out that Larsson’s publisher, Maclehose, has attended the event along with a number of other publishers and that their participation arises from the valuable exposure the evening provides.

“They see ELN not just as an EU hothouse but as a forum for good literature from the rest of Europe – genuinely,” Goldsmith said.

It is the smaller, independent publishers in particular who are banding together and making the literature they publish better known. The added investment involved in publishing something that needs to be translated means, Goldsmith thinks, that publishers have to be all the more careful. “Which is why we are trying to promote quality, and not just the fact that the writers are from Europe,” she said.

“In the UK, we still have a problem accepting ‘Europe’ as a reality and an idea — so that does rub off sometimes on culture from Europe — but we are trying to change that because it is a shallow and superficial attitude,” Goldsmith said.

Another side effect of the Larsson phenomenon is the fact that crime literature in translation is being more closely scrutinized, and that this could open a door to other genres and varieties of writing. According to Goldsmith the issue of translation is a major one and lacks the necessary support in the UK.

“I always credit translators by name in events I chair and the media work I do … it’s important. And often the writers are closely involved with their translations, so that is relevant too,” she said.