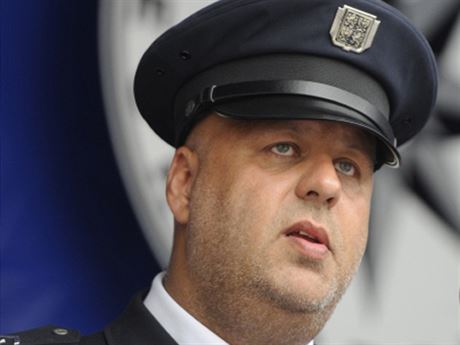 At his meeting with Interior Minister Jan Kubice (unaffiliated) on Monday, Police President Petr Lessy agreed to the abolition of posts in the Police Presidium, including deputy president for strategy — currently occupied by Pavel Osvald — which hitherto Lessy had refused to consider. Although Lessy is to formally propose personnel and spending cuts, Kubice’s recommendations and approval now appear to be decisive.

“The Police President has not resigned; that’s the news for citizens. I must say on my part that the Police President has pleasantly surprised me with his positive approach. He presented materials which I have wanted as of Oct. 15,” Kubice announced after the meeting, adding that as a result he has dropped his call for Lessy to resign.

Reforms to the structure of federal police units, largely intended to cut costs, include a proposal to merging the National Anti-drugs Headquarters (NPC), with the anti-organized crime unit (ÚOOZ).

Lessy said that he had agreed with Kubice on the need to look for all possible ways that could lead to savings. Kubice then said it will be up to the police president to begin reorganization of the police presidium.

Kubice previously put forward a proposal to cut around 100 of the current 600 posts in the police presidium, which hitherto Lessy largely opposed on the grounds that cuts have already been made to the presidium staff numbers. On Monday, Lessy said he had changed his mind last week because he did not want to destabilize the police as a whole.

The two largest parties in the center-right governing coalition, the Civic Democrats (ODS) and TOP 09, voiced their support from Kubice, while the smallest coalition party Public Affairs (VV) and the main opposition Social Democrats (ČSSD), and also President Václav Klaus, said they want to see Lessy remain at his post.

It has become routine for incoming governments and interior ministers to push for the replacement of incumbent police chiefs. Lessy’s predecessor, Oldřich Martinů, officially stepped down from the post on December 31, 2010, with Lessy taking over the next day. Kubice’s predecessor, Radek John (VV) who reigned as interior minister on April 21, 2011, over scandals that rocked his party, publically pushed for the replacement of Martinů.