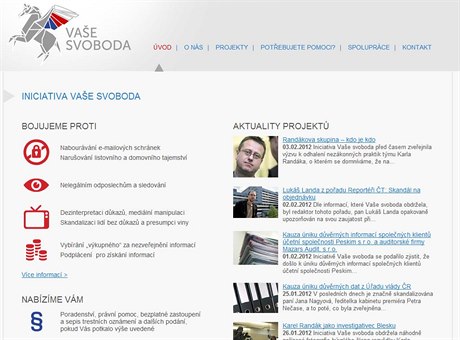 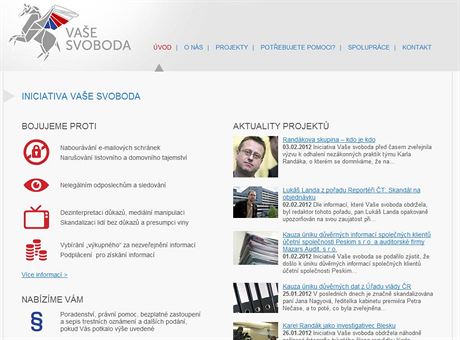 Czech Position recently cited an interview in which Karel Janeček, owner of RSJ algorithmic trading and co-founder of the Endowment Fund Against Corruption (NFPK), alleged that a reward of Kč 50 million has been put up for anyone who manages to thoroughly discredit him; he further implied that law firm Šachta & Partners was behind the move. The firm refutes the claim and says it has reported Janeček to the police.

“Last week I spoke with a person who told me that in the Prague underworld a Kč 50 million reward has been put out on me. Obviously, this is not verified information. Apparently it’s a reward for someone who can discredit me,” Janeček told the server ParlamentniListy.cz on January 31, adding that he suspected the controversial lobbyist Ivo Rittig and lawyer David Michal from Šachta & Partners were behind the initiative.

Janeček also said he suspected that Rittig and Šachta & Partners were behind a letter sent to various media on December 16 in the name of Radek Kardinál claiming that Janeček’s stocks and shares trading firm RSJ evaded paying some Kč 200 million in taxes by channeling funds into subsidiary firms registered in Mauritius.

Šachta & Partners has sent Czech Position a statement reacting to the claims made by Janeček claims in the ParlamentniListy.cz interview:

“Mr. Janeček is wrong. Neither our law office nor Mr. Ivo Rittig represent any sort of compromising alliance, which has recently been a topic in the world of newspapers. We have been performing actions against Mr. Janeček, but in our own name and in an official form. Moreover, the information regarding Mr. Janeček’s business, which we have elaborated and submitted to respective authorities in the Czech Republic and Mauritius on behalf of our law office, amounts hundreds of pages, not just fifteen.

We understand that Mr. Janeček is becoming nervous. This is because he faces a serious accusation, which if proved would be the largest case of tax evasion in the existence of the Czech Republic. Moreover, he is especially nervous because he has let himself be manipulated by Mr. Karel Randák and in doing so he has totally discredited the Anti-Corruption Endowment Fund. This explains his hysterical conduct which is also evident from the interview he gave to ParlamentniListy.cz. In spite of his bad position, we believe Mr. Janeček is overestimating himself by claiming that a reward of 50 million CZK has been offered for discrediting him.

We are no imposters and unlike to Mr. Janeček we do not accuse anybody without evidence. Because of his declarations in the interview with ParlamentniListy.cz we are planning to sue him.”

Czech Position asked Šachta & Partners to clarify several point in the statement, in response to which the firm confirmed:

“Specifically, in our own name we have submitted the following: a criminal complaint against Karel Janeček and other persons on suspicion of tax crimes; a report to the Ministry of Finance’s Financial Analysis Unit (FAÚ) about suspicious business transactions: a report to the Czech Tax Administration; a request to the local [financial market] regulators to investigate the nature of the activities of Mr. Janeček’s funds in Mauritius.”

Babáková also said Šachta & Partners intends to sue Janeček for bringing the law firm into disrepute. It has launched a campaign called Your Freedom (“Vaše svoboda”) that it says is aimed at countering illegal surveillance and is offering free legal assistance to anyone who suspects they are the victim of illegal instrusions into their privacy. The campaign website contains a number of reports which claim that Karel Randák, former head of the Czech intelligence agency - the Office of Foreign Relations, is using illegal surveillance methods.

Janeček, who repeatedlyrejected the allegations of tax evasion against himself and his brokerage RSJ, heads the Endowment Fund Against Corruption (NFPK) together with Karel Randák, actor and publicist Jan Kraus, director and owner of the Bernard brewery Stanislav Bernard, and economist Tomáš Sedláček.

Since its foundation March 2011, the NFPK has been behind the exposure of several prominent cases of corruption and cronyism in which Šachta & Partners was allegedly involved. These include: