Rudolf Brázda, the last known survivor of the Holocaust forced to wear the ‘pink triangle’ for his homosexuality, died on Thursday 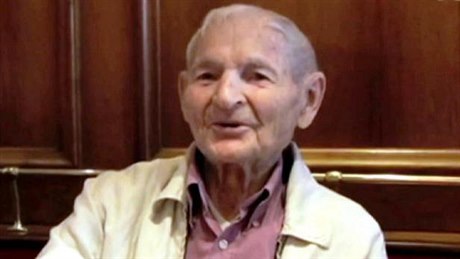 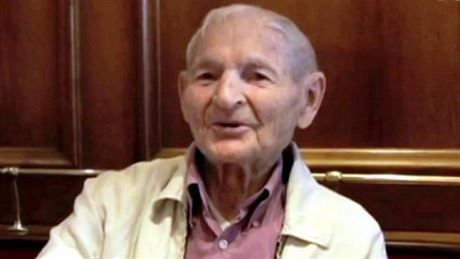 Rudolf Brázda, a former Czechoslovak citizen known as the “last of the pink triangles” as he was believed to have been the last surviving person sent to a Nazi concentration camp due to his homosexuality, has died, aged 98.

After learning in 2008 of the impending unveiling of a memorial to homosexual victims of Nazism in Berlin, he decided to make himself known, and was invited to participate in gay events, including the Europride Zurich in 2009 and others in France, Switzerland and Germany. He was a guest of honor at a Holocaust remembrance ceremony in Buchenwald in 2010.

Earlier this year, Brázda was named a knight in France’s Legion of Honor for his contributions in the recognition for the many thousands of gays who were deported to Nazi concentration camps during the Second World War.

Brázda was the youngest of eight siblings, born to parents originating in Bohemia who had immigrated to Saxony to work in the coal mines. After World War I, he became a Czechoslovak citizen, owing to his parents’ origins in that newly established country.

As of 1935, the Nazi’s extension of legal provisions criminalizing homosexuality generated a dramatic increase of lawsuits against gays and lesbians. Brázda was remanded in custody in 1937 and eventually tried and sentenced to six months in prison for  “unnatural lewdness,” breaching the terms of Paragraph 175, a provision of the German Criminal Code that made homosexual acts between males a crime, and deported to Czechoslovakia. ‘We gays were like hunted animals. Wherever I went with my companion, the Nazis were always already there.’

“We gays were like hunted animals. Wherever I went with my companion, the Nazis were always already there,” he told the International Tracing Service (ITS) in a 2009 interview.

As Brázda didn’t speak Czech, he settled in the German-speaking region of the Sudetenland, which was annexed by Germany less than a year later, and went to live in Karlsbad (Karlovy Vary), where he worked as a roofer. In April 1941, he was imprisoned again on suspicion of homosexual activities and later charged by a court in Eger (Cheb).

In June 1942, instead of being released at the end of his second prison term, he was remanded in protective custody, the first step leading to his deportation to the notorious Nazi concentration camp Buchenwald on August 8, 1942; he remained there until its liberation, on April 11, 1945. Homosexuals were required to wear a pink triangle on their uniforms.

After the war, Brázda settled in southern Alsace, where homosexuality was not punishable. In the early 1950s, he met his life companion at a costume ball there. In the early 1960s they moved into a house they built in the suburbs of Mulhouse, where Brázda resided until his death.