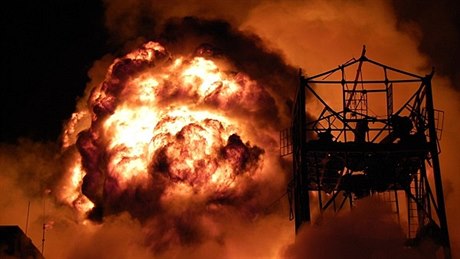 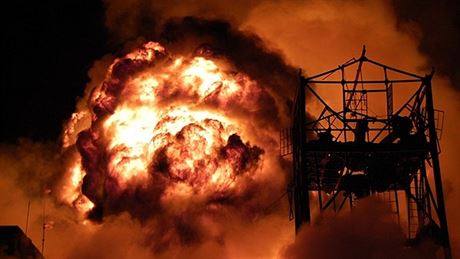 At least 11 fire engines were fighting a large fire on Thursday morning at the Czech factory where the infamous plastic explosive Semtex is made. The fire broke out in the night on the premises of the firm Synthesia, which includes Explosia, the maker of Semtex.

The regional fire brigade says toxic fumes have been released into the atmosphere, though the firm Synthesia denies the fire poses a health hazard to local residents.

“A processing line for the disposal of oil is on fire, which has spread to a store with mineral oil. The fire caused several explosions and flames engulfed two trucks,” a Pardubice fire brigade spokeswoman was cited by the server novinky.cz as saying, adding that toxic gases had been released into the atmosphere and local residents should remain indoors.

However, Synthesia spokeswoman Jaroslava Doležalová said the fire poses no threat to the lives or property of local residents. “At this moment the fire is under control without toxic fumes being released into the atmosphere,” she said.

The Synthesia industrial park is located in Semetín, a suburb of the town of Pardubice, eastern Bohemia, after which the plastic explosive Semtex is named.

Radim Voltr, mayor of Rybitv, the village located next to the Synthesia industrial park, said he was informed about the fire at 5:00 am, but had not informed local residents. “We were told that it was not necessary and should not spread panic,” he told novinky.cz, adding that the fire was not visible from the village, nor was there any smell of fumes in the air.

Last April an explosion at the Explosia factory in the same industrial park killed four people. The cause of the blast which was felt in the center of Pardubice 10 kilometers away was not ascertained, but the company was recently fined Kč 1 million.