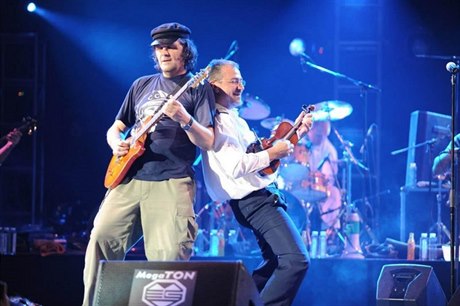 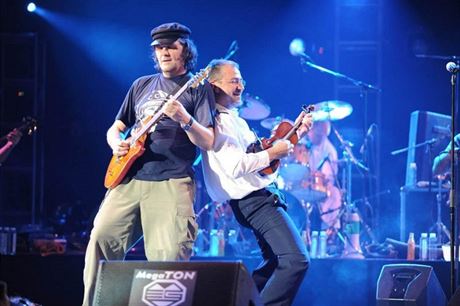 It seems as though Czech youth never has enough of film during the first summer holiday month. Having less than two weeks to savor the experiences many brought back from the Karlovy Vary International Film Festival (KVIFF), they have yet another bag to pack and head to the opposite side of the Czech Republic — Uherské Hradiště (in Slovácko, Moravia), where they can watch even more films and attend more workshops and lectures with filmmakers.

But there is a difference between the KVIFF and the Uherské Hradiště Summer Film School (SFS). The organizer of the latter is the Association of Film Clubs (ACFC), a distributor of art films that is also behind the Project 100 bringing selected art films to some 120 cinemas around the country every year.

“I think the audience of the SFS is more interested in a deeper and concentrated look at filmmaking from a historical or contemporary perspective rather than the adrenaline sport of film-watching,” Pavel Bednařík, Art Director of SFS and ACFC, told Czech Position. “They also have a guarantee they won’t be limited to the ‘audience zone’ but will be able to take part on workshops with distinguished guests, meet them on the street, café, or over beer and discuss their films with them, an option scarce at the KVIFF.”

SFS’s approach to tickets is also very different from the usual often nerve-wrecking chase after them — so familiar to the KVIFF audience. The only requirement is a festival pass (price depending on length of stay) and being at a chosen screening about 20 to 50 minutes in advance, depending on the popularity of the film. “SFS offers a more open possibility to attend screenings without tickets or reservations, which also requires certain patience and bears a risk of possible disappointment. We don’t have any plans for a reservation system yet, due to cost and technical issues,” Bednařík said.

Since 2008, lectures with iconic directors have been major ingredient of the program, and this year, the school will host the king of Balkan tragicomedies Emir Kusturica, Finnish master of social deadpan Aki Kaurismäki and the Thai extraordinary director Apichatpong Weerasethakul to answer questions and talk about their films.

Kusturica — a former student at the Czech Academy of Film and Television (FAMU) under the legendary film persona Otakar Vávra, who has celebrated his 100th birthday this year and will also be the guest at SFS — is also bringing his band No Smoking Orchestra. Fortunately, they still had enough energy for their concert on July 24 after the football match they played against Czech team lead by Ondřej Vetchý, the star of the Czech TV show about a village football team “District Championship” (Okresní přebor). The school will also screen a document about the band’s European tour Super 8 Stories and three other Kusturica films.

Both Kaurismäki and Weerasethakul are favorites and regulars at the Cannes festival and on top of lectures, the school will showcase retrospectives of their work including Weerasethakul’s “Uncle Boonmee Who Can Recall His Past Life,” a surreal story shattering boundaries between film genres including spirits, myth, and ordinary life in a hypnotic way, last year’s Palme d’Or winner; and Kaurismäki’s latest yet another lower-class tragicomedy “Le Havre,” awarded the FIPRESCI prize at Cannes this year.

Other complete retrospectives will be dedicated to Krzysztof Kieślowski (70th birth anniversary), Gustav Machatý (110th birth anniversary), Billy Wilder, and the Czech talented director Robert Sedláček, whose two new films will be screened before their premiere this fall: “Family is the Foundation of the State” (Rodina je základ státu) and television film “Assholes” (Sráči).

As usual, an entire section will focus on one country’s filmmaking. This year, it’s Romania.

“I can definitely recommend the film ‘Ryna,’ directed by Ruxandra Zenyde, co-written by Czech screenwriter Marek Epstein, or films by Andrej Ujica, who maps the recent Romanian past under the Ceausescu regime. Two silent films with live music Manasse and Indepedenta Romaniei [depicting the Romanian War of Independence] are also worth seeing.” Bednařík said. Ujica and Zenyde will also be guests at the school.

Two interesting sections are prepared for the audience interested in the post-WWII cinema in Europe, France and Czech Republic, in particular. Sections Film Reader: A Tradition of Quality will present the best of the French cinema of the 1950s, including René Clément’s Academy Award-nominated “Forbidden Games” (Jeux interdits); and The Third Republic Era in Czechoslovakian film (1945-1948) section will remind films made in the relative freedom in the country before the Russian occupation.

To mark the tenth anniversary of the 9/11 attacks another section called September 11th and a Terrorist Threat will showcase films not only dealing with the event itself and its aftermath, but also religious war all around the world, such as: “Of Gods and Men” (Des hommes et des dieux) depicting a group of a group of Trappist monks threatened by fundamentalist terrorists in Algeria which snatched the Grand Prix in Cannes last year; or the satire Four Lions about four wannabe jihadists in Sheffield, England.

War is a topic of interest of another section this year as the school will show a selection Czechoslovak military propaganda films from the 50s and 60s including compulsory work of Vojtěch Jasný, František Vláčil and Karel Kachyňa, filmmakers known mainly for their later anti-regime work.

Another recommended film not to be missed from the selection of films by ACFC is the documentary film by the controversial street artist Banksy, “Exit through the Gift Shop,” about a French immigrant to Los Angeles who obsesses with street art. The film was speculated to be a hoax by many, however, the filmmakers swear to its authenticity.

SFS isn’t just a showcase of films and lectures. Every year, it provides a real opportunity to attend a one-week program called Film and School aiming to provide a deeper insight into filmmaking theory and practice. For the first time this year the program will be focused on the ability to teach film courses at elementary schools and high schools.

“Finally teachers will be able to learn how to work with film and its use in teaching, but also try themselves different filmmaking steps from the topic to final cut. They will also get methodical sheets they can use during classes. The workshop is accredited by the Ministry of Education and as of last year complements the class called Film and Audiovisual Education, which didn’t have any practical back-up until now,” Bednařík said.

Hana Gomoláková is a freelance writer based in Prague