Komiksfest 2011 is a feast of animation in the form of exhibitions, film screenings and meetings with celebrated comic artists 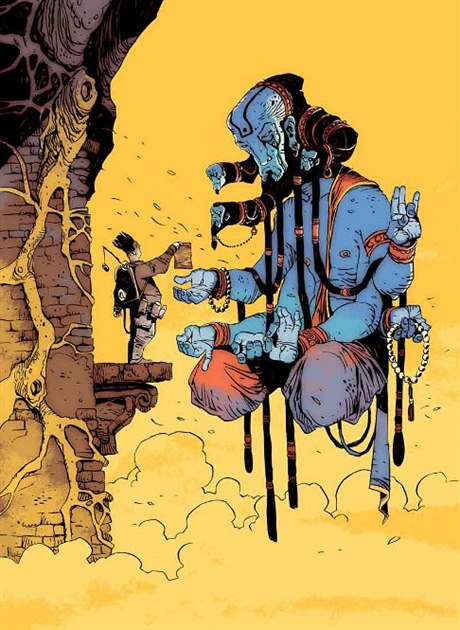 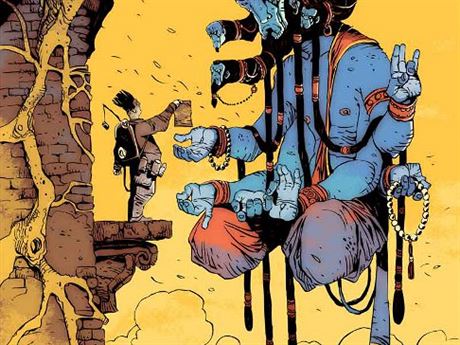 Komiksfest 2011 kicks off with a bang with an opening night party and comic fashion show followed by a full day of events under the rubric of Comics Saturday.

The program includes workshops with renowned Czech comic artists such as Dan Černý, Václav Šlajch and Petr Včelka as well as discussions with some of the international guests. There will be a section devoted to Manga including a screening and workshops on anatomy and drawing in Manga as well as the provocatively titled event “Boys Love – Phenomenon for heterosexual women.”

Among the animated feature films being screened that day is 2007 Cannes Film Festival Jury Prize winner “Persepolis” (see above trailer) which tells the story of a young girl growing up in Iran through the period of the Islamic Revolution. Another film being screened is the British-French co-production “The Illusionist.” The film is based on an unmade script from the 1950s by legendary French director Jacques Tati that he originally intended to set in Czechoslovakia.

Comics and graphic novels have come a long way from facing cultural condescension as being considered “low art.” Many of the European cultural centers in Prague are promoting their country’s comic art and this year’s festival features a particularly strong cast of international artists in attendance.

There will be an evening devoted to Belgian comics and the Goethe Institut is hosting an exhibition of the work of German artist Anke Feuchtenberger together with Václav Šlajch. Even the American Center is getting in on the act with a documentary screening on the occasion of the 25th anniversary of Art Spiegelman’s now classic Holocaust comic “Maus.” Spanish-language comics will also be receiving significant attention with the attendance of Argentine comic artist Dario Adanti and Spanish Paco Roca.

English artist Dave McKean has become a star of the international scene with his work on comics such as “Arkham Asylum: A Serious House on Serious Earth,” “Hellblazer” and “Sandman,” among many others. The artists, musicians and other notables he has illustrated work for and collaborated with include The Rolling Stones, Elton John and “The Vampire Chronicles” author Anne Rice.

On Komiksfest’s Comics Saturday at the MeetFactory, McKean will hold a discussion with the audience followed by a book signing. On Monday, Oct. 31 there will be an opening for McKean’s solo show at The Chemistry Gallery, “The possibilities are endless.”

Another international guest with a penchant for fantastic, disturbing imagery is Russian comic artist Konstantin Komardin. Komardin’s work will be highlighted together with that of Slovak Jozef “Danglár” Gertli in an exhibition titled Tigers from the East to be held at the New Town Hall (Novoměstská radnice).

Because comics were virtually non-existent in the Soviet Union the development of comic art in contemporary Russia has proceeded much differently than in most of Europe and North America. Komardin’s work shows influences as varied as Japanese Manga, American pop culture and Russian art. He has done comics illustrating Russian rap songs, science-fiction, horror and cyberpunk comics as well as Japanese writer Haruki Murakami’s surreal literary thriller “A Wild Sheep Chase.”

On Sunday, Oct. 30 French film director and comic creator Pascal Rabaté will be present at the French Institute to launch a month-long exhibition of original drawings from his award winning graphic novel “Ibicus.” Based on a novel by Russian writer Alexei Tolstoy the four-part series follows the adventures of the shiftless, mercenary con man Nevzorov through the chaos of The Soviet Union as it experiences revolution, civil war and its own version of the “Roaring Twenties.”

Rabaté depicts the world of commissars, avant-garde poets, ruined aristocrats and criminals in a vivid expressionist style evocative of the time period in which the story is set. The occasion of the exhibition marks the publication launch of “Ibicus” in a Czech translation (as “Ibikus”), and following the opening there will also be a screening of Rabaté’s feature film “Holidays by the Sea” (Ni a vendre, ni a louer), which earned him the Best Director Award at the 2011 Karlovy Vary Film Festival. The film is especially notable in that it has virtually no dialogue, relying entirely on its visuals and acting.

Other exhibitions will cover the grand spectrum of European history, the poster art of the renowned Czech comic artist Kája Saudek to comics in the metro and depictions of the Czech national pastime of mushroom picking in comic art.

Komiksfest 2011
For more information (mostly in Czech) http://komiksfest.cz
Through Nov. 5 (Saturday)
For the full program in English click here