Klaus shouldn’t sign this joke of a pension reform

When the opposition is next in power, it may change the pension reform and start a never-ending reform of the reform 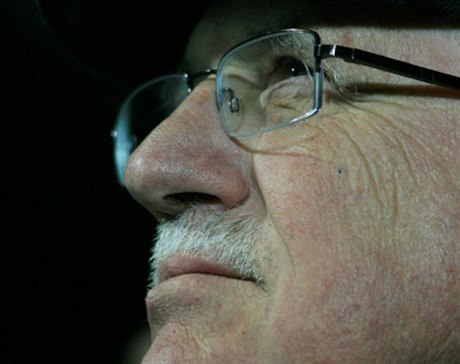 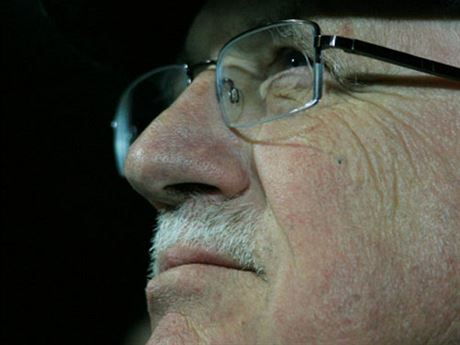 In early February, it seemed that an outrageous reform was bearing down upon us, thanks to which some people would become insanely rich while the rest of us would once again be racking our brains over how we managed to get the short end of the stick again.

It was the 11th hour. My fellow economist and colleague Markéta Šichtařová and I didn’t want to watch it anymore. We prepared a video parody (in Czech) of the reform, which unexpectedly generated quite a lot of discussion. Great. But you wouldn’t believe how much time and energy it takes to deal with this kind of interest. After several days, I was tired of the whole thing and left for a one-week vacation abroad. When I came back, I was puzzled; I returned to a completely different country.

Suddenly, there was no more talk about the compulsory pension funds we warned against. Instead, it was possible to choose not only whether to invest in the funds at all but also which funds would be best. Overnight a brand-new reform was ready and few people didn’t know at least something about it or had made assumptions about it. The result was miles away from what the Bezděk Commission had originally proposed.

My first thought was: Where has it come from? What analyses have been used?  I fear that there were no analyses whatsoever. Hundreds or even thousands of pages of text dealing with the reform have become worthless.

All of a sudden, the skirmishes are about the value-added tax (VAT) rate. Whether it should be 20 or 19 percent. How can they even ask such a question? Has no one calculated the rate? Probably not. The government’s decisions really seems to be built on sand.

A more thorough reading of the news brought another shock. The media seems to lack basic knowledge, for example, in their definitions of the pension plans of individual funds. Many authors apparently don’t know the exact meaning of some financial terms, such as “securities.” This may just be a problem with the transcription, but it is well possible that the mistakes originate with the government itself. At any rate, it’s quite clear that the Cabinet’s communication with the public is very poor.

It’s quite clear that the Cabinet’s communication with the public is very poor.

Then there is the myth of the “safe bond-based pension fund.” Many people haven’t seen through it yet. This allegedly safe fund is, however, by far not as safe as its proponents would like us to believe.

In principle, there is nothing wrong with a pension plan that invests only in Czech state bonds, especially if clients enter the fund voluntarily. But why are we encouraged to think that there’s no risk involved? Do the authors know, for example, that the volatility of Portuguese state bonds (and therefore their risk) was recently higher than the Portuguese share index?

Václav Klaus’s article in Mladá fronta Dnes last week was a ray of hope. I wholeheartedly agree with him. Klaus has noticed that almost everyone is surprised by the speed with which the reform plans were announced and that a serious discussion on the basic points of departure underlying the pension reform is lacking. One can only agree with that. The government is going about the reform without thought and in a unprofessional fashion

The government is going about the reform without thought and in a unprofessional fashion. It’s as though they said: “Let’s try increasing VAT and see what happens. And if people are upset that they can’t inherit their pensions, we’ll just tell them that it will work. We just won’t tell them how. It will just work out somehow, but this will be a problem for the next government. Now quickly on to health care reform. …”

I was quite naive to think Klaus’ article would have any effect on proponents of the reforms or that they would have a proper think about it. I said something similar to the president’s opinion less than a month earlier, and I was labelled as a left-winger and a liar. Many people think criticism of the current government comes only from the left. They simply don’t understand that it’s possible to criticize the government from the right, too.

I thought very few people would argue with the president. I was wrong. The propaganda continues. Again sentences are appearing that the government is running out of time. That yesterday was too late. That the Bezděk Commission had it all worked out.

It’s unbelievable how worthless freedom is to many commentators. The president writes that it must be clearly stated that the pension paid out by the state represents only a basic level of old-age security and that everything beyond that is only a matter of person’s free, voluntary choice. Apparently the president is being expedient. What’s expedient about the opportunity to freely and voluntarily decide? Yes, it’s expensive. But signing a bad law is even more expensive.

If the president doesn’t sign the reform, it won’t be a tragedy. The proposed concept is ill-prepared and a sham. Yes, time is running out. Yes, reform is necessary. Yes, there are demographic factors here. Yes, it’s expensive. But signing a bad law is even more expensive.

The proposed reform is so difficult for the opposition to swallow that the next government will probably change it immediately. It’s quite possible that the result would be a never-ending reform of pension reform. Such continuous change would be much more expensive than continuing the discussion for a few months. Yes, already many can’t wait to profit from the reform, but they could hold on a bit yet.

Even the government’s National Economic Council (NERV) is issuing criticism. More and more people have the courage to say aloud that pension reform is not going to end well. That it will end here as it did in Hungary or in Poland — in both those countries the original rules are already changing.

It’s a shame that no one in Parliament has a clear opinion. Former Prime Minister Miloš Zeman, now head of the center-left Party of Citizens’ Rights (SPOZ),  recently labelled me a right-wing economist — and yet I now find, to my astonishment, that I’m actually defending the position of the left! We didn’t need to agree with people like Zeman or Klaus when they were in Parliament. But we could be sure that their opinions then were either unambiguously right-wing or unambiguously left-wing. Today politics no longer has anything at all to do with visions and ideals. In my opinion, it’s only about money.