Klaus denies his wife a factor in presidential pardon 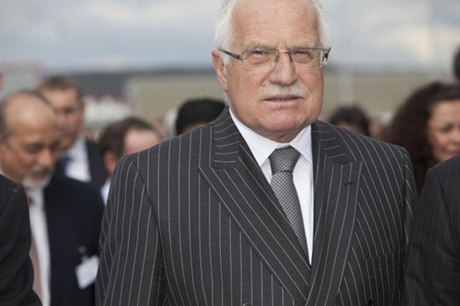 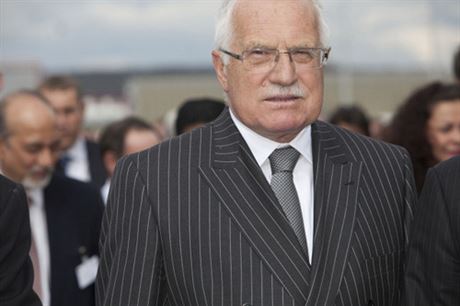 President Václav Klaus has issued a statement denying media reports implying that he may have granted a pardon to the former director of a private university earlier this week because she was an “acquaintance” of his wife.

Former Metropolitan University Prague (MUP) director Anna Benešová was convicted last year of bribery, embezzlement and abuse of trust for having stolen from or otherwise deprived that private institution of income totaling more than Kč 6 million.

“[The petition for a pardon] had been lying in my office for many years. From the start, this case seemed to us very strange, and I did not respond to this request until all rounds of the trial were completed,” Klaus wrote Friday on his website. ‘The fact that my wife attended the opening ceremony for an elevator serving the disabled in a building of a university that Mrs Benešová controlled was something I learned today from the article in Lidové noviny.’

“The fact that my wife attended the opening ceremony for an elevator serving the disabled in a building of a university that Mrs Benešová controlled was something I learned today from the article in Lidové noviny.”

The daily had written in its lead story on Friday that the key to understanding why Klaus had granted the former MUP director a form of clemency could be in her relationship to the Czech first lady, Livia Klausová, who had participated in various charity events with Benešová. Both women were also meeting at charity events of Mosty (Bridges) of which Klausova is a patron, the report said.

Earlier, presidential spokesman Radim Ochvat said that in granting the pardon, Klaus took into account Benešová’s need to care for her seriously ill husband and the fact that she had never before been charged with a crime.

However, as she had received a two-year suspended prison sentence, Lidové noviny and other media questioned the rationale behind Klaus’ presidential pardon — as nothing prevented Benešová from looking after her ailing spouse. Marek Bodlák, a state prosecutor in Prague, slammed the decision saying two years of police work, followed by two years of work by the prosecution service had been wasted by the “incomprehensible” decision.

The suspended sentence, handed down last autumn, also included a four-year probation period and a five-year ban preventing Benešová from working in an administrative role. ‘I thought Mrs Benešová’s existing punishment in the case (restrictions, years of legal proceedings, etc.) to be sufficient.’

“In pardoning her, I also decided given the fact that I thought Mrs Benešová’s existing punishment in the case (restrictions, years of legal proceedings, etc.) to be sufficient,” the Czech president wrote on Friday.

Benešová was found to have allowed dozens of students who were not paying tuition fees to study at the private university and paid bribes to public officials in order to secure favorable rent, purchase public property at below-market price, and secure other advantages for Metropolitan University Prague.

With the granting of the presidential pardon, her criminal record has been wiped clean.