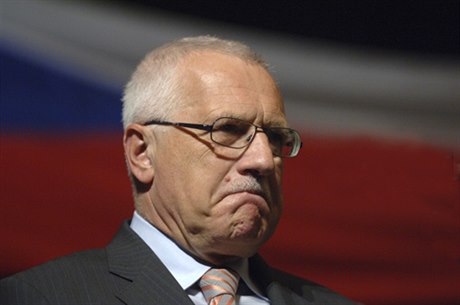 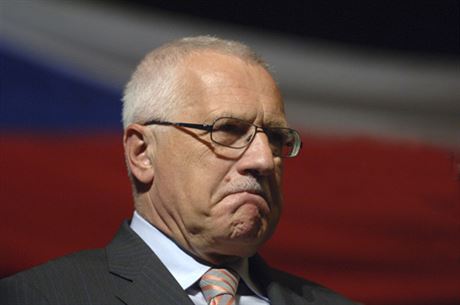 Chatting with some Brno high school students on Monday, President Václav Klaus was asked his opinion about bribery in the Czech Republic and the creation of the Endowment Fund Against Corruption (NFPK) earlier this year by the entrepreneur Karel Janeček. Apparently, he is not a fan. “I regard quasi-charitable funds as a form of political agitation. … I hope that none of you fall for it,” Klaus said.

Why the president considers the NFPK to be “quasi-charitable” and would call its credibility into question is unclear. Sitting on the board of trustees of the foundation are economist Tomáš Sedláček, a former advisor to Václav Havel; Stanislav Bernard, the owner and manager of the Bernard family brewery; Jan Kraus, an actor and TV talk show host; and former head of military intelligence Karel Randák. Among the foundation’s donors are the Czech Chamber of Commerce and a number established companies.

The NFPK was established in March to support the detection and reporting of corruption in public service by awarding whistleblowers (such as Libor Michálek, the instigator of the corruption charges that forced Pavel Drobil (Civic Democrats, ODS) to resign as environment minister), to establish and maintain a database of corruption cases in public administration, and to support other projects working towards similar goals.

The fight against corruption can certainly be considered political activism. And what is wrong with that? Besides, the center-right coalition government, which Klaus himself appointed more than a year ago, has positioned itself as an anti-corruption “agitator.”

What would the Czech president have instead? True, Janeček and others who participating in the project could potentially reach many voters — if, of course, they decided to enter politics. Perhaps he sees that as a threat, given expectations that after stepping down as president in 2013 Klaus may be looking to form his own crusading party.

Asked by Czech Position to comment on the president’s characterization, Janeček said it was “such a ridiculous comment that it is not worth commenting upon.” However, the NFPK board did later issue a statement about Klaus’ “belittlement of corruption in the Czech Republic and warning about the Endowment Fund Against Corruption (NFPK).”

“When Václav Klaus turns a blind eye to obvious and massive theft that takes from the wallet of every citizen of the Czech Republic — by realistic estimates some Kč 1,000 per month — he cannot present himself as an advocate of conservative values,” the statement said, adding that “Thou Shalt Not Steal” is among the Ten Commandments that form the basis of society.

“It would please us if the students at the prestigious high school [Gymnázia Brno na třídě Kapitána Jaroše] would examine the problem of corruption from other angles.”