Prague 10 will hold onto bonds issued by E Side Properties. The administration may be expecting PPF of J&T to come to the rescue 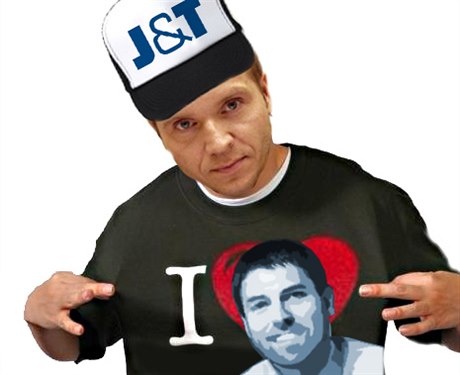 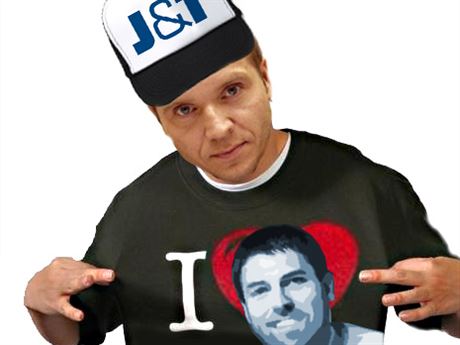 Following similar steps by Prague 6 and Prague 13, Prague 10 has demanded the brokerage Key Investments to return money it invested. Together these administrations have entrusted more than Kč 650 million to Key Investments. Prague 10, however, has asked only for its bonds from the Via Chem Group to be sold, choosing to keep its shares in E Side Property.

Get rid of it! But for how much?

A meeting of the Council of Prague 10, attended by the leaders of all the political factions in the administration’s assembly, last Wednesday (April 6) approved documents instructing Key Investments to cash some of the assets currently tied up in its portfolio administered by Key Investments.

“The manager of Prague 10’s portfolio should sell 938 bond titles issued by Via Chem Group (2008) for Kč 97 million, and two Via Chem Group debt bonds (2010) Kč for 219,000. Together, these assets account for approximately 44.4 percent of all Prague 10’s assets entrusted to the company Key Investments,” Prague 10 spokesman Jan Charvát told Czech Position.

There are two possible outcomes which present a win-win position for Prague 10 disctric mayor Milan Richter personally. Key Investments will reach an agreement with some financial group which would inject funds into the Via Chem Group, or it will try to get control over the group’s profitable company Spolek pro chemickou a hutní výrobu (Spolchemie). There are only two such financial groups with connections to ODS: the PPF Group and J&T. There is already talk that if the conditions are right, one of those firms could buy up Prague 6, 10 and 13’s unfortunate securities from the Via Chem Group. But such help certainly wouldn’t be for free.

If this scenario comes to be, Richter would be lauded and will be able to announce that he didn’t panic and sell the Via Chem Group bonds in haste and below value, but found a buyer who purchased them for their full nominal price.

If such a transaction, which would take several months, doesn’t work out and the Prague 10 administration loses money from its adventure with Key Investments, then Richter will nevertheless be able to say that he did all he could to save the situation created by his predecessors.

Nevertheless, it is strange that Key Investments has been given just five days in which to sell the Via Chem Group bonds because one of the firm’s brokers has reportedly been instructed to discuss the price with Prague 10 and negotiate a reduction. This gives the impression that Richter is not placing his hopes in a bailout by PPF and J&T and will instead attempt to save at least some of Prague 10’s money.

It is nevertheless unclear why the Prague 10 leadership didn’t instruct Key Investments to sell the bonds in E Side Property, the owner of Slavia Prague football club’s stadium. According to Czech Position’s information, the Prague 10 Council members deemed the Via Chem Group shares to be more risky. “The councilors see the Slavia stadium as a form of guarantee, and they therefore decided not to sell the bonds issued by the firm,” a person who attended the council meeting, told Czech Position.

The fact that the leaders of the Prague 10 administration have changed their tactics towards Key Investments suggests that there is confusion, even desperateness, over the fate of the Key investments portfolio. In January, the administration’s bosses were still Richter doesn’t have the time to wait to see whether or not the chemical producer will redeem the titleclaiming that everything was well with the investment with public funds. However, in February after a distrainment order was issued against Key Investments in favor of ENIC (the owner of Slavia football club), and criminal complaints were filed against the company by mining company Sokolovská uhelná and a representative of the Prague 13 assembly with the TOP 09 party, Richter decided to act.

First of all Richter tried to find a financial entity to evaluate the securities in Prague 10’s portfolio, but both Česká spořitelna and Equita Consulting refused and Prague 10 then abandoned the plan. The administration then decided to instruct Key Investments to find a buyer for the Via Chem Group bond certificates, which make up roughly half of the portfolio. (We return to the question as to why it decided not to sell the other half later in this article.)

Key Investments sends Prague 10 a monthly report on the state of assets in the administration’s portfolio, including their current market value. According to these reports, that the market value of the bonds is rising by the month, but since they are not traded anywhere, the evaluation is simply based on interest gained. Prague 10, which on the basis of these monthly reports decided to instruct Key Investments to sell the bonds for the highest price, cannot accept anything less than the face value of the bonds: The agreement between Prague 10 and Key Investments states that the brokerage must gain the approval of the administration before selling blow nominal value.

Mayor Milan Richter, who until just recently was saying that he was most concerned about the securities being sold prematurely, apparently blindly believes the monthly reports sent by Key Investments, and therefore the brokerage was instructed to sell the Via Chem Group bond certificates for the market price of Kč 97 million, which is around 107 percent of the price for which Key Investments bought the bonds on behalf of Prague 10 last year.

Such instructions can be issued to brokers even in situations when the securities in question aren’t traded on a stock exchange. Key Investments must then approach financial institutions and other investors who may be interested in buying the securities at the price sought by the investor. If the brokerage doesn’t find a buyer the same day, it must offer them the next working day at the same price or, with the permission of Prague 10, at a lower place. And the sale price may be gradually lowered until the asking price for the securities is a small fraction of the price paid for them.

This January, Sokolovská uhelná got back only around 10 percent its money tied up in Via Chem Group in its portfolio managed by Key Investments.

Will PPF or J&T save the day?

Prague 10 has certificates of two different bond titles issued by Via Chem Group. There’s little point in analyzing the first, of which the Prague 10 administration has two with a total face value of Kč 200,000. Although Richter realizes full well that nobody will pay Kč 216,000 for these two certificates, he is preparing an alibi should he need to defend himself in the future. If Richter is clever, Richer will agree to lower the price by 3 percent each week. In the meantime the bond title will mature and it will become clear whether Via Chem Group will redeem the bonds.

The second Via Chem Group bond title in Prague 10’s portfolio (which represents 99 percent of the face value of bond certificates Prague 10 has instructed Key Investments to sell) into which almost Kč 100 million of Prague 10’s money was invested, matures in October 2013 and thus Richter doesn’t have the time to wait to see whether or not the chemical producer will redeem the title. Even if this title is free of risk of default, Key Investments will not be able to sell it for 107 percent, nor 100 percent of its face value. Also with this title we can expect that Prague 10 will agree to lower the asking price so as to gain time.

But the biggest problem is the bond title issued by E Side Properties into which Prague 10 invested over Kč 100 million. The construction company Hochtief, which built the new Slavia Prague football stadium in Prague 10, and the Česká spořitelna bank have collateral rights to E Side Property’s assets up to the value of Kč 1.1 billion. The current value of these bond certificates is pitiful, and Richter must know that that this is the greatest problem and will therefore probably take advantage of the fact that the E Side Property title matures in 2024.

It cannot be ruled out that PPF might also come to the rescue of E Side Property: reports have recently emerged that Petr Kellner, the richest Czech and founder and majority owner of the PPF group, has Slavia football club in his sights. The stadium could have a market value of around Kč 800 million and if PPF negotiates a discount with Česká spořitelna and Hochtief he could get it for considerably less. In the background Richter along with Kellner could reach an agreement with E Side Properties exchanging the bonds for a share of that company.

Richter may well be encouraged by PPF to do exactly this. Kellner would not have to pay anything to Prague 10, which would give the administration a minority stake in the “Stadium” joint venture. This should not be a problem for a company like PPF. To the contrary. This scenario seems to us to be the most likely.

Previous articles on the Key Investments case are archived here