Prague districts 6, 10 and 13 are still waiting for the return of Kč 650 million they invested with opaque brokerage Key Investments 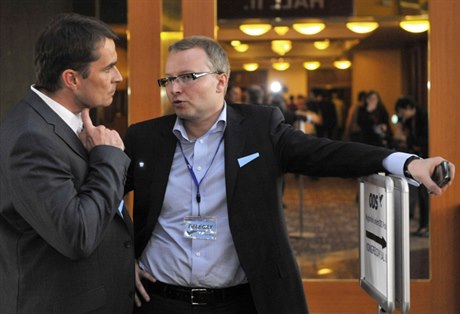 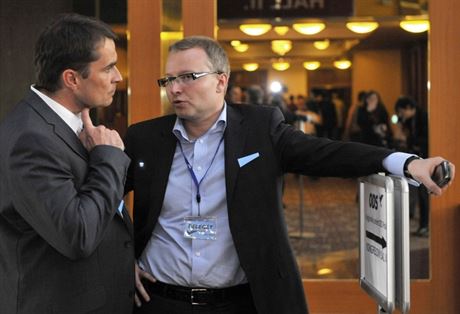 Czech Position has been closely following the case of the non-transparent brokerage Key Investments to which three Prague district administrations entrusted hundreds of millions of crowns of public funds. As we reported last week, a distrainment order has been placed on part of the Key Investment’s property. Several of the brokerage’s clients have consequently taken legal steps in an attempt to retrieve their money being managed by the troubled firm.

It is still not known who initiated the legal proceedings that led to a distrainment order being placed on Depozitní centrum – a Key Investments subsidiary that operates a safe-box deposit facility in central Prague. There is also no indication whether it could be a current or former client.

Nevertheless, a comparison of the conditions negotiated by the administrations of Prague 6, 10 and 13 with the brokerage is revealing. These administrations say they have no idea who controls Key Investments, which is under investigation by the anti-corruption police and the financial regulator from the Czech National Bank (ČNB).

Contracts appear to be great

Prague 6 should stop being evasive and clearly state how much money it put into Key Investments and how much money it has received from the brokerage. This is the only way the internal rate of return (IRR) can be calculated and only this indicator can provide a clear picture of the effectiveness of the brokerage’s asset management in comparison with its competitors over a given period of time.

However, the usual obligation of the portfolio manager to regularly inform the client about the performance of its portfolio is absent from the contracts with Key Investments. Czech Position has asked Prague 6 Mayor Marie Kousalíková (Civic Democrats – ODS) for information as to exactly how much cash the district has received from Key Investments since 2003, but we have been waiting for a response for over a week.

In Prague 6’s contract with Key Investments it is clearly stated that all securities that the portfolio manager purchases on behalf of the client must be rated by Moody’s Investors Service. Nevertheless, there is absolutely no evidence that any of the bonds or shares that Key Investments has acquired for Prague 6 have been rated by Moody’s.

As if this wasn’t enough, in amendment no. 7 to the contract dated June 7, 2010 and signed by then-mayor and current Environment Minister Tomáš Chalupa (ODS), the share of securities issued by one entity or connected entities may not exceed 20 percent of the of the overall portfolio. However, at the end of 2010, the share of securities issued by entities connected with Via Chem Group accounted for a shocking 83 percent of the titles in Prague 6’s portfolio!

The official notes of meetings and negotiations of the administration of Prague 6 indicate that at least from the beginning of 2010 there has been considerable anxiety about the portfolio with Key Investments. According to Czech Position’s information, ODS politicians have been calling upon large financial groups for them to somehow cover Prague 6’s predicament with the brokerage. Somebody, , though it is not clear who and how, has clearly helped because in February 2011 the administration managed to get around Kč 195 million back from the It is difficult to comprehend why Prague 6 has not taken any legal action against the brokeragebrokerage.

Nevertheless, Key Investments is still managing Kč 250 million of Prague 6’s money, which is tied up in non-liquid securities issued by Via Chem Group, Spolku pro chemickou a hutní výrobu (Spolchemie) and E Side Property (the official owner of Slavia Prague football club’s stadium). Therefore, it is difficult to comprehend why Prague 6 has not taken any legal action against the brokerage at least for not adhering to the contractually agreed investment strategy.

The contract between Prague 13 and Key investments for the management of Kč 200 million was signed much later, in May 2010. From the minutes of an April 21, 2010 council meeting, it emerges that the council members were put under considerable pressure to approve the contract immediately and that it was Prague 6 which recommended the Key Investments’ services.

Incredibly, Prague 13 essentially gave Key Investments a blank check with which to acquire registered and non-registered, certified and uncertified — or dematerialized — securities. But at the same time, Key Investments undertook in the contract to guarantee the full sum of funds invested and a minimum annual return on the investment of 3.5 percent.

It is not in our competence to comment on how it was possible for Key Investments to provide a guarantee for a sum reaching Kč 200 million. Maybe the brokerage has some assets that it doesn’t mention in its annual reports and which have a greater value than the company’s founding capital, which amounts to around Kč 10 million.

At the aforementioned Prague 13 council meeting, the chairman of Key Investments’ board of directors Daniel Brzkovský claimed that the brokerage’s shareholders include Barclays bank and the British investment firm Liongate, but there is no mention of Key Investments on the web pages of those financial firms.

While we don’t claim in any way that Key Investments is running a Ponzi scheme similar to that of Bernie Madoff’s massive investment fraud albeit on a smaller scale, there are several striking similarities: refusal to provide any information; guaranteed and regular profits on paper — even at a time when practically all other brokerages were returning losses; pressure to quickly sign contracts; conducting important operations abroad out of view of the local regulators and authorities; an emphasis on personal contacts; and ineffectiveness of the state’s financial regulator.

On paper, at least, all appears well. Prague 6 should have securities with investment ratings and Prague 13 almost any type of security but with a guarantee from Key Investments that it will at least return the money the administration invested.

Prague 13 Mayor David Vodrážka (ODS) told Czech Position last Friday that he had already demanded that Key Investments return all of the money his administration has invested via the brokerage, and there are indications that Prague 6 may have done the same.

At least with Prague 13, Key Investments is bound by a valid legal commitment to guarantee the administration’s investment and therefore should pay back the money without delay, or if it is not able to honor its commitment the company’s governing body should initiate measures required by law.

If a brokerage is unable to fulfill its obligations its clients can turn to the guarantee fund or the brokerage’s insurer, but in this case because of the volume of money involved, the amount of funds that would be reimbursed by these bodies would be negligible.

Investor to the rescue?

Nevertheless, there could yet be a positive development in this case. Last week, the daily Mladá fronta dnes (Mfd) cited an unnamedJ&T is not the only investment predator named in connection with Key Investments source as saying that the financial group J&T had provided a Kč 200 million loan. It is likely that some of Key Investments’ obligations to Prague 6 were paid from this loan, specifically through the sale of Via Chem Group bonds that were bought with the loan.

The newspaper did not name the recipient of the loan, yet J&T is definitely not a bank that goes in for lending operating capital. In light of this fact, it is possible to speculate that an acquisition of several of the subjects linked to Key Investments — the Via Chem Group, for example — by one of the entities linked with J&T such as Energetický a průmyslový holding (EPH), whose major shareholders are PPF Group and financier Daniel Křetínský.

Such an initiative would be faced with many potential pitfalls, such as the dubious ownership structure of the Via Chem Group, but that is nothing that the people from J&T couldn’t handle. And J&T is not the only investment predator that has been named in connection with the Key Investments case. For Prague 6, 10 and 13 residents, the intervention of a large investor could be the best outcome — even if in such takeovers the purchaser does not usually acquire outstanding financial obligations for their nominal value, which means that the Prague districts would lose a large percentage of their finances tied up with Key Investments.

Finally, a few words about the management of Key Investments. So many negative things have been said and written about the company over the past few weeks that the indifference of the executive and supervisory board is simply shocking.

Even if just half of what has been written is true, this is an enormous case of breaches of criminal and civil law, and Key Investment’s board of directors — or at least its individual members — should take steps as required by the law.

If what has been written isn’t true, the company should set the record straight. While we understand that Key Investments cannot comment on matters concerning specific clients, this is not an excuse for keeping silent on issues such as acquiring securities from a single issuer, investment ratings (or lack thereof), liquidity, actual value, etc.

Maintaining silence gives the impression of resignation within the company and only serves to heighten anxiety. That is, of course, unless the company is waiting for a savior in the form of a strategic investor who will unexpectedly appear and put everything in order.

All previous articles on the Key Investments case are available here