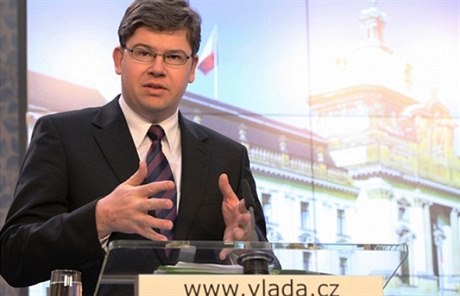 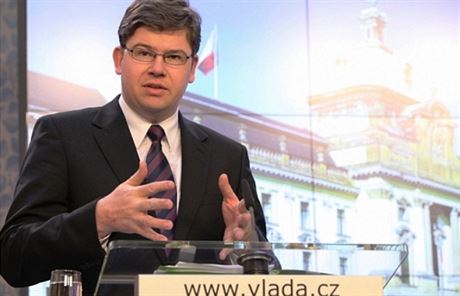 Vlastimil Rampula, chief of the public prosecution service in Prague, may be out of a job in two weeks: His office faces serious allegations of obstructing investigations into prominent corruption cases. Among those leading calls for Rampula’s ouster is the new chief public prosecutor, Pavel Zeman. But according to Czech Position’s information, Justice Minister Jiří Pospíšil (Civic Democrats, ODS) is under pressure not to dismiss Rampula. Several lawyers say this is clear from the minister’s hesitation.

Pospíšil has a different explanation: He says the law makes it dificult to dismiss Rampula. “No one has yet been dismissed under this legal provision, even in cases which have ended in court and the plaintiff has won,” Pospíšil says. Meanwhile, Pospíšil himself is under pressure with suggestions circulating he could be moved from the Justice Ministry as part of a deal between the fragile ruling government coalition (ODS-TOP 09-Public Affairs).

Q: At this moment in time, do you sense that you have the support of the Prime Minister?

A: I have a strong sense that the Prime Minister supports the reforms being carried out by the Ministry of Justice. His participation at the press conference dedicated to the new Civil Code is an example of this. I sense that I have his support, but I don’t want to construe his words. In the event he decides to replace the Minister of Justice, I’m ready to fully accept his decision.

Q: You’ve told the media that you want the new Chief Public Prosecutor, Pavel Zeman, to consider launching disciplinary proceedings against Vlastimil Rampula whose dismissal is now being discussed.

A: I won’t comment on this now. I have a meeting with Pavel Zeman this afternoon [Tuesday, May 17] and I won’t preempt further steps.

Q: This begs the following question: as a qualified lawyer you surely know that as Minister of Justice you can yourself launch disciplinary proceedings, so why don’t you do so?

A: As you also know it’s a little more complicated than that because it’s one thing to launch disciplinary proceedings, and another thing to base it on the arguments which you have. Fortunately, in a democratic state a minister cannot found an argument on doubts about specific cases. This is the jurisdiction of the chief public prosecutor.

We have information that Mr. Rampula may have made errors in matters of economic management, whereby certain operations were wasteful. These are cases in which, according to the ministry, a head public prosecutor or court chairman [in the Czech Republic each court has a chairman, who is a judge also responsible for administrative matters] should initiate disciplinary proceedings. And there have been such cases in the past. But if it concerns a dispute as to whether the person in question committed something or other, I’m of the opinion that it is logically a matter for the Chief Public Prosecutor. This is because unlike the minister [of justice], he has the information and people who are able to make an evaluation. Basically we [in the ministry] don’t have such experts.

But I don’t want to be presumptuous; I’m only describing why in a case of possible errors in specific cases it’s logical that it is rather the Chief Prosecutor than the minister who should initiate proceedings. This is why the law takes into account this duality. We check finances and management. Matters concerning specific cases are under the jurisdiction of the Chief Public Prosecutor.

Q: I understand that you cannot speak on behalf of Mr. Zeman, but has he decided to lodge a disciplinary compliant?

A: I cannot speak about this. I’m in close contact with Mr. Zeman; we’re fine tuning the new law on the Public Prosecution Service which should strengthen the independence of public prosecutors and at the same time remove the ambiguities over the potential dismissal of a head public prosecutor which arose after a decision by the Administrative Court. The new law has already been signed. Mr. Zeman wanted to adjust several more points, but within days it will be submitted to the government.

I would be very glad if parliament discusses the bill within a month. For me it is a key law; the second most important after the Civil Code.

Q: If parliament passes the bill, will it really enable the dismissal of serving head public prosecutors?

Q: Does it not contain some kind of transition clause which would cause the current state of affairs to be prolonged for several years?

A: No. The bill is written so as to enable the dismissal of all currently serving head prosecutors. Who else would you want to dismiss according to the new law? Those who’ll be appointed in the future? That’s nonsense.

We’re doing this because according to the experts on state administrative law the current legal provision is not perfect and leaves a number of huge question marks about how to dismiss a head public prosecutor according to legal administrative procedure and not on the basis of a managerial decision.

I don’t want to link this to a specific name: I’m dealing with the issue on the basis of principle. The current state of the law is so unsatisfactory that basically nobody has been dismissed according to its provisions, even when a case has gone to court and the plaintiff [against a prosecutor] was successful.

Q: And that’s the reason why you don’t want to do it in the case of head public prosecutor Rampula? Are you afraid that the outcome would be the same?

A: We’re discussing this within the ministry. I’m the last one to defend Mr. Rampula and I’m not afraid to say it openly. But the question is to make a sweeping ‘assertive gesture’ when according to the experts there’s an 80 percent chance that the administrative court would overturn the decision, or instead create a new law and consequently leave it to the Disciplinary Senate to judge to what extent Mr. Rampula is not performing his duties adequately, or to what extent the case is a question of media speculation. The ruling of the Disciplinary Senate is final and cannot be overturned by an administrative court.

The fact is it would be quicker to wait for a decision by the Disciplinary Senate than a dismissal by the minister and consequent [appeal] proceedings in the administrative courts. The public doesn’t realize it, but we’re dealing with enormous problems arising from disputes where we have lost appeal hearings on the basis of the currently valid legal provisions.

Q: You mentioned ‘a gesture of power’ whereby you could dismiss Mr. Rampula now and leave the final decision to the courts. Some say that this course of action would be sensible because it would mean that Mr. Rampula would not be able to physically enter the state prosecution service in which case—and by this Czech position doesn’t want to attribute blame to him for something he may not have done—the investigation of several cases could move forward more quickly.

A: As a politician, I don’t want to judge Mr. Rampula in the media. These cases are often politically charged and I would immediately put myself in a compromising position. But I hope that the new Chief Public Prosecutor represents a change to the system and that he will monitor how the public prosecution is functioning. Indeed he already has such information.

I don’t suppose that at the current time there are any irregularities taking place. If at some time abuses did take place there, I want to respect the presumption of innocence. But you are right in that theoretically, if there are currently problems in the service than it’s a risk.

On the other hand, I would like to mention a situation that really could arise: in two years time there would be a new head prosecutor and if, for example, Rampula appealed successfully he would be reinstated to the position. Then we’d have the same situation as we have now in northern Bohemia and we don’t have the means to resolve the situation. The law doesn’t provide for such a situation. From the perspective of legal stability such a situation is worse. In such a situation it is absolutely unclear who should initiate legal action on behalf of the prosecution service.

Q: Is it possible that Pavel Zeman now sees the situation that has arisen as a sort of betrayal? In legal circles some people are saying that if it takes too much longer to sort out the situation with Rampula he may even resign from his post.

A: I wouldn’t want to create the impression that Pavel Zeman is my friend or accomplice with who I agree on something and we implement it together, or that because as minister I have doubts about a legal procedure it means that I have betrayed someone. I apologize but I’m here as a result of the will of the citizens of the Czech Republic and I try to the best of my conscience to act so that I breach laws as little as possible and preferably not at all.

My loyalty lies with the Czech citizens, the legislature and the state, not with Pavel Zeman. I try to communicate with Pavel Zeman and I’m glad he’s the Chief State Prosecutor. I think we’ll find a constructive solution, but on the other hand, the minister isn’t there to implement all the suggestions made to him by the Chief Public Prosecutor. Therefore I ask you the question whether it’s in the interests of Pavel Zeman to take measures which will be reversed by the courts in two years time and Mr. Rampula or someone else could return [to their posts].