The music director of the National Theater Orchestra, Tomáš Netopil, promotes Janáček’s music both at home and abroad 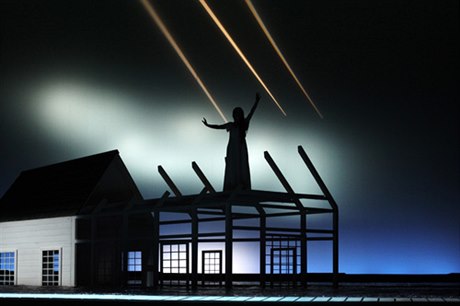 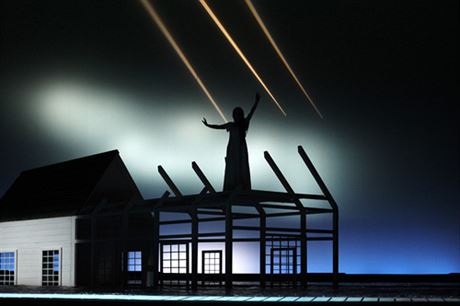 Janáček’s “Káťa Kabanová” is about to have its final performance for 2011 at the National Theater on June 23 before returning for three further shows next year. Czech Position spoke to the opera’s conductor Tomáš Netopil about the difficulties Janáček’s work presents and its continually growing popularity around the world.

“Káťa Kabanová” was the first work by Janáček performed by Tomáš Netopil after he took over as music director of the National Theater Orchestra from the 2009/10 season. Considered one of the Brno-born composer’s great masterpieces, the opera tells the tragic story of a woman who commits suicide after being unfaithful to her husband. The production was directed by the famous American director Robert Wilson in his characteristic minimalist style.

While Netopil expects Janáček’s popularity in his native country to have reached a high level at this point, it is his international standing that he finds most impressive.

“What surprised me was that Janáček’s music is even more popular abroad, where people can’t understand the words yet still find the music very touching and deep,” Netopil said.

Netopil had recent proof of this, having just conducted eight performances of “Káťa Kabanová” to packed houses for the Opéra national de Paris. Linguistic barriers do not only exist for the audiences, but even more directly for the singers. In Paris there was only one Czech singer in the cast, but Netopil said that with the proper coaching and consultation excellent results were achieved.

The difficulties singers face in performing Janáček go well beyond language, though. “Vocally his music is very difficult, it does everything against the vocal school,” he said. “Mozart is like medicine for a voice, but Janáček goes against that.” What is physically unnatural for a singer though is aimed at achieving a more natural fit with the rhythm of the spoken language.

Netopil says that musicians also need more time to grasp Janáček’s challenging music. “It’s not like Verdi or Puccini, where you get into it immediately,” he said. Though the operas are significantly shorter than many others — as an example “Káťa Kabanová” runs less than two hours — musicians need to react to the lightning-quick shifts in mood that account for the powerful effects the music achieves.

Netopil will continue to bring Janáček’s music to international audiences, most especially as part of the focus of the Munich Radio Orchestra’s (Münchner Rundfunkorchester) upcoming  2011/12 season on the composer that will include a number of other guest conductors, such as Jiří Bělohlávek and Mariss Jansons. In October 2011, Netopil will conduct “Taras Bulba” as well as suites from “The Cunning Little Vixen.” He will also bring “Taras Bulba” to Leipzig’s Gewandhaus in early 2012 as part of a program of Czech music.