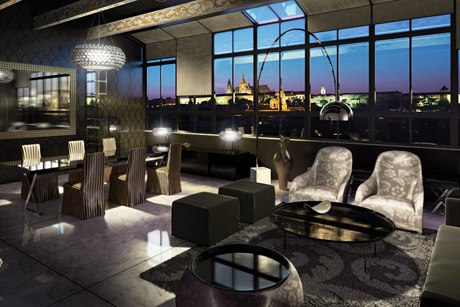 The most luxurious apartments offer views of Prague Castle and the Charles Bridge foto: Česká pozice 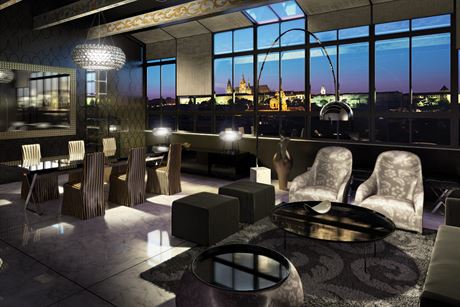 The impact of the financial crisis on the luxury end of the Czech consumer market remains a lively source of debate. While some sectors were heavily impacted, others enjoyed relative immunity with clients less affected by the credit crunch. Prague’s luxury residential market has been on both sides of this argument; J&T Real Estate’s current project Rezidence Kampa is built on the premise of this niche market’s local vitality.

“It’s a question of the definition of ‘luxury residential’ and there isn’t a simple answer,” said Martin Kodes, sales director at J&T Real Estate. “You can have luxury interiors but an average location and, on the other hand, a perfect location but without the luxury inside. What’s important for us is what the client’s definition of luxury is.”

Ticking off the boxes defining luxury is not an issue for Rezidence Kampa at all. Located next to Kampa Park, overlooking the Vltava River in a reconstructed neo-renaissance building, the project offers apartments split into two groups, according to Kodes. ‘It’s a question of the definition of “luxury residential” and there isn’t a simple answer.’

The most luxurious apartments offer views of Prague Castle and the Charles Bridge. These account for about half of the 25 apartments and have been the focus of the company’s pre-sales strategy to this point. Currently, there are at most three such apartments still available.

The other set of apartments will become the focus of J&T’s sales and marketing strategy in 2011 as so far only 30 percent have been pre-sold.

Kodes remains convinced that luxury residential in such a central location will inevitably attract buyers. “Supply is not higher than demand for this type of product,” Kodes said. Total investment in the project is projected at Kč 330 million. Apartments range in size from 30 to 120 sqm, with the average price per sqm being Kč 200,000.

One obstacle that does not affect the highest end of the market is the mortgage market, as Kodes says that clients for a project like Rezidence Kampa do not need mortgages and would only take one for investment reasons. Czech and Slovak buyers have predominated so far, with international buyers coming from Western Europe.

While Kodes does not think the crisis had a major impact on his clients, the same cannot be said for the project’s financing. “We’d be happy if business conditions were better, but they’re not,” Kodes said.

J&T is financing the project partly through equity and partly through commercial bank financing. At one point the group was obliged to change banks when its former bank changed the loan conditions and asked for an increased equity stake. According to Kodes, J&T was at an advantage in receiving financing, in that the project is not seeking construction financing but financing for renovation, and that it is a small-sized project on an extremely valuable plot of land.

Construction began in January 2010 and Kodes says it should be finished in the summer of 2011. “It’s not a strict deadline because we’re being cautious in current weather conditions not to do anything that could potentially damage the old building. If everything works out perfectly it could be earlier, but it’s not worth rushing with a historical building.”