Is public debate about future of Czech Budweiser forbidden? 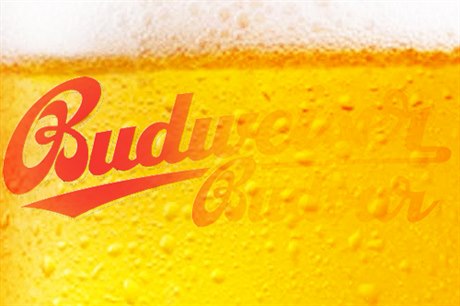 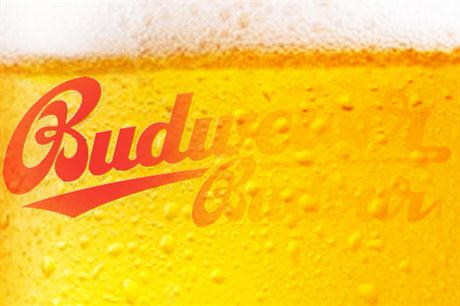 The following piece is written by a high-placed politician with the center-right Civic Democrats (ODS), the largest of the three parties in the governing coalition, who is well informed about the recent initiatives and intrigues concerning state-owned Budějovický Budvar brewery in České Budějovice.

During an interview with Czech Position, the ODS politician became concerned that if his comments were published his position in the party could be weakened and thus we granted him the opportunity to express his assessment of the ferment at the brewery — considered by many as a national treasure — anonymously.

Over the past couple of weeks Czech media has dedicated considerable attention to the situation at the Budvar brewery, where the Ministry of Agriculture has launched an audit, allegedly meant to unseat the company's long-serving director. Opposing opinions and versions of events have been published and we believe these opinions, albeit anonymous, will help flavor the debate about the future of the world-famous brewery.

Lets cool out with some chilled Budweiser

The media bomb exploded on Friday, February 3, when Hospodářské noviny published a front-page article speculating about how Minister of Agriculture Petr Bendl (ODS) and his “godfathers” wanted to seize control of Budějovický Budvar by replacing its director. ODS wants to privatize Budvar, beer lovers of all countries unite!

I’m not surprised that this government, which has a thousand other worries, doesn’t want to get involved in such a game of rouletteAlthough in recent years nobody has spoken openly about the privatization of Budvar, a number of elected representatives of the South Bohemia region have begun to cover themselves by issuing declarations about how they will oppose any move to privatize Budvar.

Budvar is protected from privatization by the fact that it is a national enterprise – the last enterprise fully owned by the Czech state. Does anyone know how to sell a state enterprise? The answer is “no”. First they would have to transform it into a stock company. Lawyers would probably manage to do this, but any transformation could have an influence upon the on-going court cases with the US concern Anheuser-Busch [which claims the right to the use of the Budvar name globally]. Therefore, I’m not surprised that this government, which has a thousand other worries, doesn’t want to get involved in such a game of roulette.

Hejtman [governor] of the South Bohemia region Jiří Zimola [Social Democrat (ČSSD)] wants to hold a referendum on halting privatization. As I have good relations with the hejtman, I have to consider who would vote in such a referendum. All Czechs? Probably yes. It’s a national enterprise after all! But the hejtman had in mind rather a vote just for South Bohemians. Or should only beer lovers vote? Or only those who drink Budvar?

Before Prime Minister Petr Nečas (ODS) managed to reassure the public that the sale of Budvar is not on the government’s agenda and that the issue was manufactured by the media, Internet media sites were inundated with protests against ODS plans to privatize Budvar. Hospodářské noviny, which is owned by [leader of TOP 09 and Minister of Foreign Affairs Karel] Schwarzenberg’s friend Mr. [Zdeněk] Bakala, thus managed to pull off a masterstroke: everyone against the privatization of Budvar, all against the ODS!

Several weeks ago the American brewing giant Anheuser-Busch purchased the brand owned by the neighboring Budějovický měšťanský pivovar [which like Budvar has rights to label its product Budweiser Beer – Budweiser being the adjectival form of “Budweis” - the German name for České Budějovice]. I didn’t notice that any of the South Bohemia regional representatives protested against the transfer of ownership of the trademark. Is it legitimate or not to ask the question how this could influence the dispute between Anheuser-Busch and Budvar? Is it not legitimate to ask why Budvar didn’t buy that trademark when it was offered?

Why don’t we mind that the neighboring Budějovický měšťanský pivovar has been privately owned for the past 20 yearsThe director of Budvar Jiří Boček claims that ownership of that trademark by Anheuser-Busch is of no significance. However, trademark experts think that if the American competitor now owns the trademark to a beer which began to be brewed in České Budějovice a hundred years before Budvar, it could influence the dispute. Would the Americans have bought something superfluous? Future hearings will show who’s right.

The agreement between Minister Petr Bendl and director Boček to bury their hatchets has put an end to the uproar in the media, but nonetheless many questions remain unanswered. How does the fact that the current management put forward an unsuccessful project for the privatization of Budvar back in 1993 play into the holy war against the privatization of the brewery? What would have happened had the privatization plan been approved and Boček was now be the director of a private brewery?

In my view nothing would have happened. Do you think that director Boček would now be brewing cursed Euro-beer? Definitely not. Why don’t we mind that the neighboring Budějovický měšťanský pivovar has been privately owned for the past 20 years? Following the same logic we can ask: is Pilsner Urquell still even drinkable now that it has a private, multinational owner?

It’s necessary to point out that contrary to many claims made in pubs, Budvar does not transfer any profits to the state budget, but leaves them to accumulate on its accounts. Yes, the brewery pays taxes, but so do all other breweries in the Czech Republic.

When PM Nečas tried to calm the public with assurances that there’s not talk of privatizing Budvar, a fresh argument was raised: The control of financial management in Budvar was a covert maneuver to clear the way for the American rivals. In this respect I’m sorry that the privatization in 1993 didn’t work out for the current management. It would mean that two private entities, not the Czech state, would have to deal with a trademark dispute.

Is the aim really for the brewery to accumulate its profits on its accounts and continue with legal disputes costing it millions?Otherwise, the current disputes and uncertainties surrounding the last national enterprise demonstrate what a good thing it was that we privatized all other national enterprises. I personally consider the support for state ownership of the Budvar national enterprise to be a form of South Bohemian folklore which doesn’t bother me. What’s more, the rounded lager really is excellent. I would also not mind at all if Budvar sponsored a political party, though it would be preferable if it sponsored them all equally. After all Budvar sponsors a range of other social activities and nobody complains.

But what I do consider to be a mistake is that it’s basically forbidden to hold a public debate about what should be done with Budvar. Is the aim really for the brewery to accumulate its profits on its accounts and continue with legal disputes costing it millions? In 2050, should the director of the brewery stand in the shadow of a statue of Jiří Boček and read out the company’s annual report showing that accumulated profits on the accounts of the national enterprise reached Kč 5 billion? From the perspective of running the state administration this is a marginal matter, so why not. But surely we can at least admit that the state has the right to conduct a thorough audit of its own enterprise once every seven years.