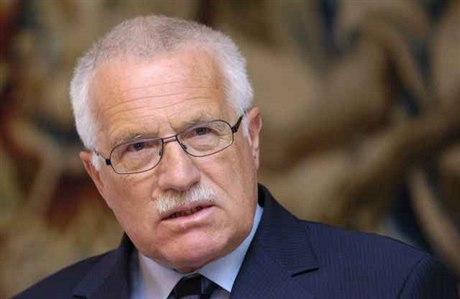 Klaus, the founder of the ODS, had cast doubt on charges against Drobil foto: ČTK, Česká pozice 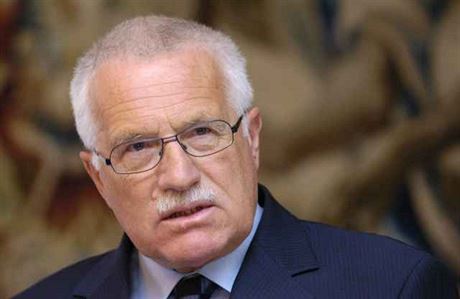 Czech Police have announced that detectives uncovered no illegal activities in connection with the presidential pardon for former Foreigners' Police officer Radka Kadlecová with the investigation suspended. Kadlecová, convicted of soliciting bribes, allegedly boasted to a psychiatrist that a pardon from President Václav Klaus was being arranged for her in return for a cash payment.

“We dedicated several months to this case, we questioned over 40 people including employees of the Presidential Office, but we did not uncover anything indicating criminal activity when issuing that pardon,” police spokesman Jaroslav Ibehej told the daily Právo.

Kadlecová was sentenced to two years in prison in 2009 for repeatedly taking bribes from foreigners in the Karlovy Vary region who were seeking Czech residency and work permits, but she didn’t serve her sentence thanks to a pardon from Czech President Václav Klaus. In October, 2011, the weekly Respekt cited chief psychologist at the hospital in Ostrov, near Karlovy Vary, Martin Konečný as saying that Kadlecová had told him a presidential clemency was being arranged for her in return for a cash payment.

‘We dedicated several months to this case, we questioned over 40 people including employees of the Presidential Office, but we did not uncover anything indicating criminal activity when issuing that pardon.’

Kadlecová had approached Konečný to request a medical report aimed at postponing the start of her prison sentence on the grounds that she had allegedly suffered a nervous breakdown.

Konečný’s claim was backed up by Miroslav Dorňák, mayor of the Chyš district, where Kadlecová lives. “The pardon had been paid for, but they just needed something in their hands for show. I felt betrayed,” Dorňák told the weekly last fall, describing Kadlecová’s request to him to write a letter in support of her appeal for clemency.

Dorňák said he had later met Kadlecová who reportedly told him openly that cash had been paid for her pardon. He said he didn’t report the incident to the police because the conversation was just between the two of them, thus he had no witness or evidence. He said he gave police a full account of what happened when questioned.

Klaus categorically dismissed the allegations, saying the system for assessing appeals for a pardon rules out any possibility for corrupt practices.

“The technique of how we grant clemency makes something of the sort impossible,” Klaus said, adding that he was “appalled and disgusted” by the allegations. However, Klaus and members of his administration have refused all requests by journalists and also a Senator to reveal what the process is for deciding who benefits from pardons.

“It is extremely hard and time demanding work,” is all that Klaus said about the process when asked in an interview with commercial television broadcaster NOVA earlier this year.

Last month the weekly Týden reported that Dr. Konečný had been forced to resign from his job at the hospital, move house and was subject to various forms of psychological harassment since he raised the allegation against Kadlecová and lodged a formal criminal complaint. He also said that when questioned by police, they did not even ask him about his allegation about her.

“They asked me about contacts with journalists, who I had met with, whether we had met in person or had communicated in writing. They were interested in the media aspect, but not at all about what took place at the hospital,” Konečný said.