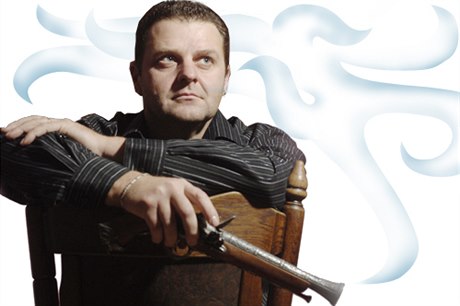 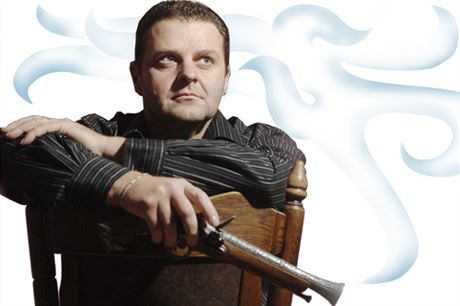 The arrest of two Czech judges and an administrative official last week on suspicion of corrupt practices and abuse of office should not give rise to optimism that the state is getting to grips with the problems. Far from it; such rare events could become even less likely with experienced investigators quitting a special police squad for uncovering corruption and financial crime (ÚOKFK).

Police investigators in the case of the two Litoměřice judges and official are among those quitting to head towards the private sector. Lieutenant colonel Zdeněk Ondráček, who lead the probe into Prague City Council’s Opencard contract or investigations into the head of the Supreme Audit Office (NKÚ) František Dohnal, is also joining the exodus.

Czech Position wrote about Ondráček’s decision at the start of October, when Czech Prime Minister Petr Nečas (Civic Democrat, ODS) called on the Interior Minister to convince him and others to stay on in the force. None of the top investigators who said at the time that they were leaving have announced a change of heart. And Ondráček added that no one from the ministry or police sought him out to try and talk him around. In an exclusive interview to Czech Position, he explained his reasons for quitting the force.

Q: You are one of the elite detective quitting the ÚOKFK. Why?

A: To start with, I am not and have never felt myself to be an elite detective within the ÚOKFK, and it’s a mistake to believe that all the officers in our unit are that. I gave the reasons why, after a lot of soul searching, I decided to end my service with the police in a written explanation of my demand to quit, and I was perhaps one of the few to do so. To summarize, there was the financial risk as regards my liabilities, the inability to hunt down those who practice corruption and no signs of that changing, and the fact that I could not use my expert knowledge.

A: What role did money play in your reason to go?

Q: As I said, it was one, but not the sole reason. After more than 23 years in the service, my net income in the ninth pay grade of the salary scale was something just over Kč 32,000. The wage of a state official with whom I had to work with on investigations was that much again. I am not talking here about the pay of judges or defense lawyers. The police carry out the lion’s share of the work, and it’s only due to their knowledge, capabilities and understanding that a result can be got in these cases. I came to the conclusion that society does not want to pay for quality police officers.

‘I came to the conclusion that society does not want to pay for quality police officers.’

Q: If your pay had been increased, would you have changed your mind and stayed on?

A: This isn’t even on the horizon at the moment. I thought about this a lot. I don’t take hasty decisions and money was not the main motivation for my work. If things had been that way, I would have already put myself in a position where I could have achieved a better financial evaluation.

Q: Shortly after the news came out that investigators were leaving the ÚOKFK, Prime Minister Petr Nečas said that he would approach the Minister of the Interior to try and talk with officers and get them to rethink their decisions. Did anyone from the ministry or leadership of the police talk with you about withdrawing your resignation?

A: I put in the demand to quit the service on August 31. On that same day I spoke personally to the deputy of the section, Jiří Veselý, giving my reasons. I also spoke with the director of the division, Tomáš Martinec, who offered to meet me. That, however, did not happen.

I also spoke with the deputy police president for the criminal police service, Martin Červíček. I cannot say with certainty whether that was an official or personal meeting. We talked about professional and private matters. I come from the same region as deputy Červíček and we studied at university together. After the declaration of Prime Minister Nečas, I did not speak with anyone in the leadership of the unit, police or interior ministry and no one tried to contact me.

Q: On the Czech Television political interview program Questions from Václav Moravec on October 9, the head of the ÚOKFK Martinec maintained that the media had misinterpreted details about the exodus of people from the unit. He said that no massive resignation of investigators had taken place and that only one detective, František Zahálka, the head of the investigation into the Pandur APC vehicles had resigned. The others who were leaving were apparently not concerned with analysis, methodology, etc. What sort of work were you doing?

A: From February 1 this year I worked in the section on international cooperation and corruption methodology [Editor’s note: the ÚOKFK is divided into six sections: corruption and EU interests, serious and punishable economic crime, tax, money laundering, the office of the director of the unit, analysis and information, and international cooperation and methodology] and corruption and protection of EU interests, where I had already worked.

I went there with some of the cases which I had already investigated. I carried out investigations for the international cooperation and methodology section and I was at the end allocated new documentation. To illustrate that fact, the last procedural decisions I took were during the first half of September, when I was already working out my notice.

Q: Why did you move from the corruption and preservation of EU interests section to international cooperation and methodology?

A: I would prefer not to talk about that. Let’s just say that on certain things I had a different opinion.

Q: The police leadership has downplayed the situation at the ÚOKFK and maintains that the fact some people are leaving will not compromise the investigations of corruption cases. They add that every case is a matter of teamwork . Do you share that opinion?

A: I don’t share that view. Everyone is replaceable, but the experience of an investigator is gained while working and over many years. The concept of working in team is the same cliché as that of the elite detective. With regard to one case that I worked on, it was reported in the media that a team of elite detectives was working on it. In fact, the team was made up of one person. There are cases where a few police officers work, but it is impossible to say how many because the number may change as the case develops and investigation changes. In most cases, these are working groups, or teams created according to certain procedures and individual officers put in command.

Q: Information has cropped up in the media about poor relations between ÚOKFK investigators and state prosecutors. What is your experience?

A: I prioritized personal contact and in the case of differences of opinions these were in face to face meetings, which is perhaps more tricky than written exchanges. I can’t say I agreed with every decision taken by state prosecutors, but it was necessary to respect them. Both sides should have the same common interest in how to achieve goals. It’s not broadly possible to evaluate cooperation, it is necessary on a case by case basis. I always found a means of finding some common language with the state representatives in the end.

Q: In the publicized resignations of some investigators it was said that a large amount of their time was taken up with administrative duties. Is that a basic problem in your opinion?

Let’s imagine that a top surgeon had to carry out all the pre-operation examinations on a patient and then had to operate and ensure the patient’s recovery. You might perhaps feel that everything was not as it should be. Each activity should be carried out by someone with the required level of expertise. Copying documents could be carried out by an administrative worker paid, let’s say Kč 100 an hour, and not a university graduate paid at around Kč 250 an hour.

Q: What would you change within the ÚOKFK in order for it to better get results in corruption cases?

A: Don’t be angry, but I won’t answer that because my views and attitude in this respect are pretty radical. It’s necessary to be aware that to change just one element of the mechanism will not transform the whole machine. In order for the equipment to work in a different way you would have to carry out a lot more fundamental changes, and not just touching on the police.

Q: Have you any idea what you will do once you have finished with the police service?

A: Yes, I have an idea. Given that specific intent, I would prefer not to elaborate on it.