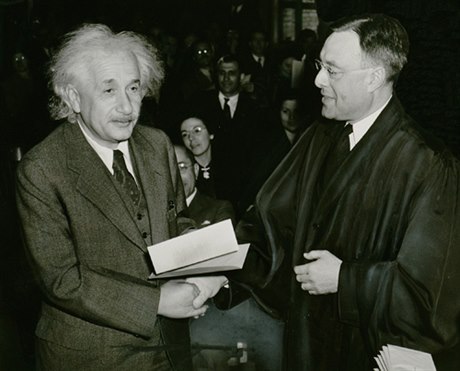 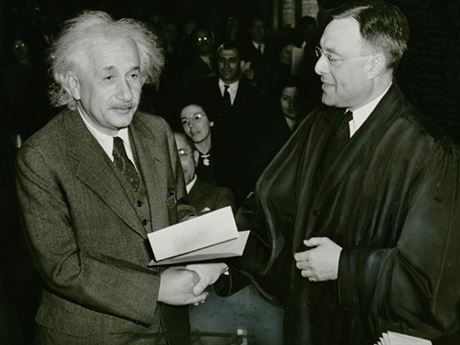 It is neither surprising nor unusual that Prague has a long and illustrious history of scholarship. What distinguishes the city and surrounding region of Central and Eastern Europe from many other centers of intellectual life is the extent to which so many of its scholars were forced out of their homelands by the tragic course of the last century.

A conference on Scholars in Exile and Dictatorships of the 20th Century taking place in Prague from May 24–26 shows the debilitating brain drain that came as a result of the Russian Revolution, Nazism and post-war communist oppression. The story is dark, though not entirely negative, as there were also significant intellectual consequences of the upheaval that took place.

Throughout the lectures and discussions, names of legendary intellectual exiles such as Albert Einstein, Milan Kundera and Vladimir Nabokov alternated with those of lesser-known scientists and scholars as well as the personal accounts of some conference participants, opening up a window on a broad and fascinating field of study.

Some of the fairly heated debates that arose during the presentations showed a problem with the fundamental terms being used. David Kettler, Professor Emeritus at Bard College in the US, told Czech Position that defining intellectuals, as opposed to scientists, for example, is one of the difficult but necessary points that needs to be made. And then there is the question of exile.

“Who is an exile and who is not is a matter of dispute. Why?” Kettler said.

Kettler further addressed a number of issues that continue to provoke disagreement in the field of exile studies, such as the more recent celebratory tendency to view exile as a transcendent status, which he maintains has to be contrasted by the very real-world pain and suffering it engenders.

Beyond the practical difficulties he also insists upon a distinction that perhaps scientists were less subject to than intellectuals, which is being inextricably linked to their original home in terms of language, thinking, etc. “They had to then negotiate a new identity, a new role, and sometimes you can use what you brought — sometimes it becomes exotic,” he said, citing the cases of avant-garde German artists and critics that ended up teaching American university students about modern art.

At the same time Kettler points out that the new context can easily result in misunderstandings, as in the case of the tremendous popularity of the French post-structuralists in the US. “But they had read the whole history of philosophy and supposed their readers already knew all that. But then they bring it to America, and it becomes a whole different construct because you’re reading the same people but you don’t know [Immanuel] Kant, whereas every French or German student at that level will have read Kant by then.”

Prague was not only a place from which intellectuals were expelled but a destination for exiles at various times.  The case of Ukrainian philologist Roman Smal-Stockyj is an example of a refugee from the Bolshevik takeover finding a temporary home in Prague. Smal-Stockyj was a co-founder of the Ukrainian Free University in Prague and had a disputatious relationship with the numerous and prestigious Russian emigrant circles in the city before eventually leaving for the US in 1947 to teach Eastern European studies at Marquette University in Wisconsin.

Another wave came following Hitler’s rise to power, and though the emigration of cultural and political figures has been widely covered, there was also a significant movement of scientists leaving Germany. Dieter Hoffmann, a research scholar at the Max Planck Institute for the History of Science in Berlin, recounted the cases of German scientists such as chemist Johann Böhm, physicist Fritz Reiche and a host of other German scientists who came to Prague to teach.

During the communist regime Prague also took in intellectual exiles, particularly from right-wing regimes such as those in Greece and Spain, as well as a few notable American defectors, including Soviet atomic spy ring figures and former colleagues of Julius Rosenberg, Joel Barr and Alfred Sarant.

One of the more heartening stories told at the conference was of the belated recognition granted to Varian Fry, whose efforts to save refugees from the Nazis included leading Prague-born writer Franz Werfel and his wife Alma Mahler-Werfel across the French border into Spain, and who also helped save artists Marc Chagall and Max Ernst and political theorist Hannah Arendt among around 2,000 others.

Distrusted back in the US as politically unreliable, Fry became the first American listed as one of the Righteous Among the Nations at Israel’s Holocaust memorial Yad Vashem in 1996, after having died an obscure teacher of Latin with no acknowledgement of the heroic role he had played.