In Vršovice, an array of unusual beers 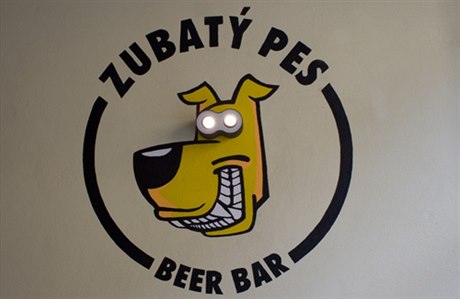 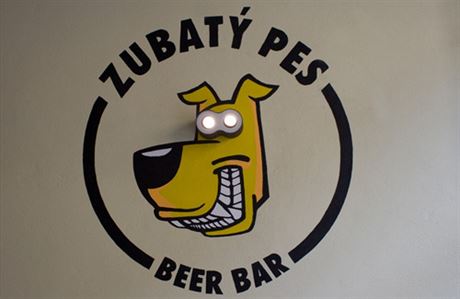 From the 4-year-old Zlý Časy in Nusle to Staré Město’s 8-month-old Prague Beer Museum, a new generation of Prague pubs are starting to offer a kaleidoscope of strange brews, going well beyond the traditional lagers from big names like Pilsner Urquell, Gambrinus, Staropramen and Budvar that have long locked up the local market.

The latest arrival just might be the high point of the trend: Zubatý Pes (the “toothy dog”), a bar with 15 taps of craft beer, which opened last weekend in Vršovice.

“We’re trying to give small brewers a place where they can showcase their beers in Prague,” said owner Mike Cole. “Before the Second World War, there were minibreweries in every Czech village. Now they’re coming back.”

Housed in a narrow, three-level space not far from Bohemians 1905’s Ďolíček Stadium and around the corner from Nádraží Vršovice, Zubatý Pes shows off local wares everywhere, from the taps to the furniture. At the front, eight stools face a burly and beautiful sandstone bar quarried in Líšťany, near Louny, not far from where Cole lives with his Czech wife, Jana. The 15 beers on draft include fare from up-and-comers like Pivovar Matuška and Pivovar Kocour Varnsdorf.

Beer snacks are limited but chosen with care, like the tender pork výpečky from V. Strauss, a butcher and smokehouse in the not-far-off town of Most. On the wall, a chalkboard lists the 15 beers on draft, which includes such up-and-comers as Broumy’s Pivovar Matuška and Pivovar Kocour Varnsdorf.

The list, however, is indie-only: no Pilsner Urquell, no Gambrinus, and no Staropramen. In fact, Zubatý Pes doesn’t even stock the brands from K Brewery Trade, an aggressively growing group of smaller breweries that includes Lobkowicz, Černá Hora, Klášter and Rychtář.

But that doesn’t mean that traditional flavors are AWOL. Zubatý Pes carries beers from classic producers like Pivovar Kout na Šumavě. The well-regarded pale lagers from the two-year-old Pivovar Tambor should have a regular presence on draft. “I think they do the best you can get in terms of Czech ležáky,” Cole said.

The big reason to come, however, just might be the more unorthodox brews, both natives and imports. For the opening weekend, Zubatý Pes had Matuška’s excellent Zlatá Raketa, an IPA blasted with tons of citrusy hops from the US. And though it’s not actually made with any fruit, Matuška’s new saison-style beer — fermented with an unusual Belgian yeast at steamingly high temperatures that would absolutely ruin delicate Czech lagers — has so much fresh fruit flavor that you can practically feel the peach juice dribbling down your chin.

From odd to toothy

The bar is a natural build-out for Cole’s earlier business, Odddog, which imports specialty brews, both for distribution to the growing number of craft beer bars and for individuals who order bottles from the company’s website. For the moment, five or six foreign beers will be on tap in Vršovice — many of them for the first time in the Czech Republic. Like strong beers? Try a Two Captains Double IPA with a stunning 8.5% alcohol from Norway’s cult brand Nogne O.

Like strong beers? Try a Two Captains Double IPA with a stunning 8.5 percent alcohol from Norway’s cult brand Nogne O, which picked up an “excellent” rating from BeerAdvocate. Like hops? Order a Mikkeller 10 from Denmark, brewed with 10 types of hops (Warrior, Simcoe, Centennial, Cascade, Chinook, Amarillo, Nelson Sauvin, Nugget, Tomahawk and East Kent Golding), which earned a top-shelf 98 out of 100 points from the weird-brew fanatics at Ratebeer.

Zubatý Pes even serves up the musty aromas and flavors that aficionados call “funk” with Mikkeller’s Funky E-Star, an Easter beer brewed with the unusual Brettanomyces yeast, which gives the Belgian strong ale noticeable horse-blanket and barnyard notes — but in the good way.

As the taps clear out, other brands should rotate in, including international cult faves De Ranke and Brasserie Thiriez, as well as more local heroes, like Pivovar Permon and Opat.

To call Zubatý Pes an unusual addition to this quiet lane in Prague 10 would be a significant understatement: it’s a world-class beer bar on a street with no other bars to speak of. But it’s not exactly alone in the wilderness: Cole notes that his pub is but a short crawl from the Prague 4 favorite Zlý Časy, which now stocks more than 20 types of usual beers on draft.

After the opening of Zubatý Pes last weekend, the only question for local craft beer lovers might be: what’s next?

At least for now.