Otakar Vávra, “the father of Czech cinema,” directed over 50 films and taught the craft to generations of filmmakers at Prague’s FAMU 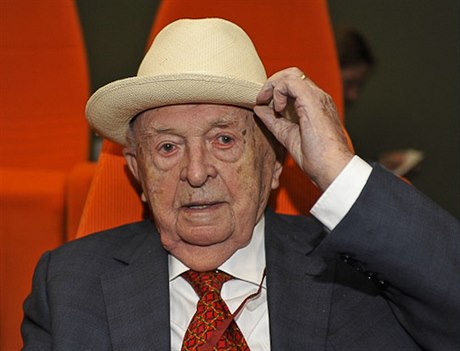 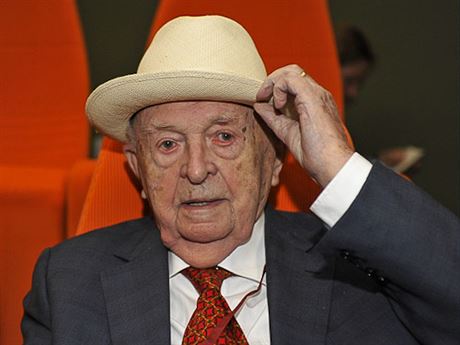 Born a citizen of the Austro-Hungarian empire, in February 1911, Otakar Vávra’s decades-long career as a film director and screenwriter came to epitomize the grand tradition of film-making from Mitteleuropa and the Eastern side of the Iron Curtain, yet his work was quintessentially Czech, and inspired generations of his countrymen.

Known as “the father of Czech cinema,” Vávra studied architecture at universities in Brno and Prague, but quickly gravitated to the burgeoning art form of the 20th Century, writing his first film scripts while still a student at the close of the 1920s, during which time he also worked on a number of short documentaries. He would go on to direct more than 50 films in his lifetime.

Although Vávra produced the experimental film “The Light Penetrates the Dark” (Světlo proniká tmou) in 1931, it was not until many years later, in 1937, that he made his directorial debut, with “History of Philosophy” (Filosofská historie).

He followed on its success in 1938 with his first feature film, “The Merry Wives” (Cech panen Kutnohorských), which starred Zorka Janů, the younger sister of legendary Czech actress Lída Baarová (who became mistress to Joseph Goebbels, Hitler’s propaganda minister). Both of these stunning sisters were cast as the leading ladies in numerous Vávra’s films shot during World War II. Having managed to keep working during the Nazi occupation of Czechoslovakia, Vávra also found favor with the Communists.

Having managed to keep working throughout the seven-year Nazi occupation of Czechoslovakia, Vávra also found favor with the Communists, who came to power in 1948, and while others were branded collaborators, he went on to produce films that interpreted the nation’s history in line with the new regime’s ideology.

Among his most representative pictures was 1949’s “Silent Barricade” (Němá barikáda), casting the liberation of Prague by Soviet troops in a glorious light, and making him the most important Czech filmmaker of the Stalinist era. (On his 100th birthday, one Czech magazine ran his photo on the cover betwix the swastika and hammer and sickle, encapsulating the lingering resentment among many fellow artists of his, to put it more kindly, adaptability).

After World War II, Vávra helped establish the Film Faculty of the Academy of Performing Arts in Prague (FAMU), among Europe’s finest, where he taught for over five decades. Among his students were Věra Chytilová and Oscar-winners Miloš Forman and Jiří Menzel, — all directors of the ’60s “Czech New Wave” — as well as, a decade later, Serbian filmmaker Emir Kusturica.

“He taught us that film was not only performing art but that it was part culture, and a very important part of art,” Menzel told Radio Prague on the occasion of his mentor’s 100th birthday. “So we had to know how to make film as a cultural phenomenon, not only for entertainment or for making money.”

Vávra’s most famous works from the 1950s appear in the “Hussite Trilogy,” which consists of “John Huss (Jan Hus, 1954), “The Hussites” (Jan Žižka, 1955) and “Against All Odds” (Proti všem, 1957). Vávra’s most fruitful period, however, came in the more liberal 1960s (with Stalin out of favor), when he produced films such as “Golden Queen” (Zlatá reneta) and “Romance for Bugle” (Romance pro křídlovku) — his most acclaimed work — based on the lyrical poetry of František Hrubín about a doomed love affair. Vávra was among the artists who signed a paper in support of the Soviet-led Warsaw Pact invasion of August 1968.

Vávra was among the artists who signed a paper in support of the Soviet-led Warsaw Pact invasion of August 1968 and was allowed to carry on his work (although the impressive “Witches’ Hammer” (Kladivo na čarodějnice, 1969), based on a Václav Kaplický novel, was considered a clever condemnation of the despotism and fanaticism of the totalitarian regime, drawing parallels between the witch hunts of the 17th century and the hysteria following the Soviet occupation).

Swan song for an icon

After the Velvet Revolution in 1989, state subsidies for the film industry were essentially scrapped, and Vávra’s ambitions for the historical film “Europe was Dancing the Waltz” (Evropa tančila valčík), to be his magnum opus, were scaled down. He only made one more film, the 2003 short “My Prague” (Moje Praha).

In 2001, Vávra, then 90, was awarded the Czech Lion (Český lev) for his lifelong contribution to Czech culture. In 2004, he received the presidential Medal of Merit (Medaile za zásluhy). Earlier this year he published a book of his memoirs, “The Strange Life of a Film Director” (Podivný život režiséra) spanning the seven decades of his career.‘Otakar Vávra is a living memory of Czech cinema.’

“Otakar Vávra is a living memory of Czech cinema. He went through nearly all of its stages, from silent black-and-white films to color, wide-screen, stereoscopic and stereophonic movies,” Akualne.cz film critic Kamil Fíla told Radio Prague.