How to reverse decline of Czech police force

The state of the Czech police is verging on critical: rank and file officers are underpaid and demotivated; uncertainty in leadership. 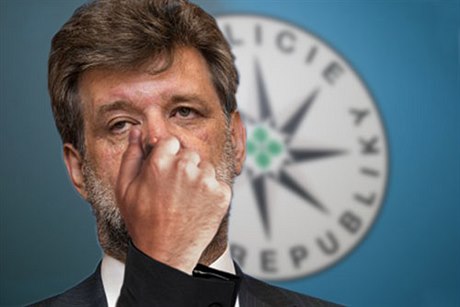 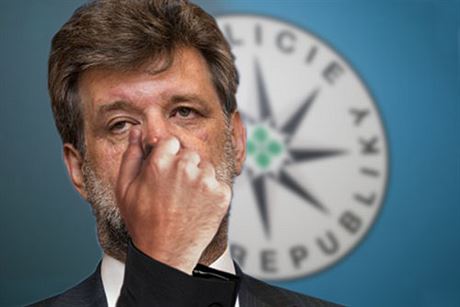 In recent days police have been arresting police. The first case involved the members of the team of “hard hitters” within a special unit who caused a death when vying to outdo each other with heavy handed tactics, then came the arrest of officers suspected of working on the side for film crews shooting in Prague. And just a couple of days ago criminal investigators in Brno were arrested on suspicion of sweeping investigations, mostly into financial crimes, under the carpet.

There are large differences of opinion as to why the police force is in such a bad state. Is it because of the personnel, or lack of funds, or both? But almost all agree that the worst is when the police intervene in police work. On this matter, I will never forget the aptPolitical interference in police affairs remains all too commonsummary of problems facing the police given to me by a captain from the economic crimes unit in December 1989. “In the future, we would be very happy for political pressure to cease and for the points system to be abolished,” the captain said.

Over 20 years later the points system is still in place and political interference in police affairs remains all too common. The points system is used by those who land top posts in the police without having sufficient experience. To evaluate the work of one’s subordinates is complicated even for the most experienced high-ranking policemen. Therefore, the inexperienced ones order evaluations to be made on the basis of statistics, but such methods rarely provide any clear picture of the real situation.

In the way of illustration: if a gang of hooligans vandalizes 10 cars in one street, the case will typically be counted as one crime if not solved, therefore minus one point for the investigating team. However, if the culprits are apprehended, in line with typical practice a point will be attributed for each car. To say the points system is based on creative statistics is an understatement. Nevertheless, the Ministry of Interior is satisfied with this method of presenting police performance; after all MPs love graphs more than anything else! It’s a blessing to know how fewer bicycles were stolen last year in Višňov than in Třešňov the year before last. “Fellow citizens, I constantly called upon the Minister of Interior to account, and now you see the results!”

Many rightly bemoan the fact the police force fails to retain experts, but the cause is usually very simple: a forty-year-old policeman is at the peak of his strengths; he’s undergone a lot of training and gained a lot of experience; then a bank offers him a job with double his police salary plus bonuses. Any questions?

Those who point to lack of modern technology and equipment being a major part of the problem with the police are also right. Private detective agencies are unarguably better equipped. And it’s depressing that much of the equipment badly required by the police wouldn’t cost that much. How can police be expected to remain motivated when, for example, a well prepared investigation falls through due to lack of technology and the only moment when the documented evidence can be used in court has passed? Any other questions?

Some point out that “special financial resources (ZFP)” which police can use to finance its network of agents are ridiculously small. It’s enough only for the purchase of information on the “district level”. Far larger amounts would be required to obtain key information. To illustrate this point, in 2006, the German authorities paid a certain Heinrich Kieber several million euros for information from the database of the Lichtenstein bank LGT which led to the incrimination of a number of wealthy German nationals on tax evasion charges.

In its annual report for 2009, the police’s anti-organized crime unit (ÚOOZ) states: “Whereas with common crimes the specific perpetrator and specific crime are the central factors, with organized crime they are secondary. The core of the crime is not the How is it that Kalousek has not understood the beauty of investing in the police....? Perhaps he understands the implications all too wellcriminal act or the perpetrator, but the profit gained. The priority aim of organized crime is to gain maximum profit, consequent legalization, and penetration into social structures.”

In its annual report for 2010, however, ÚOOZ states: “An integral part of car crime is the consequent legalization of gains from criminal acts. Legalization is carried out in two basic forms, either by dissembling cars into spare parts, or by changing the identity of the whole vehicle, i.e. identification elements [on the car], and documentation.”

With such a shift in the interpretation of “legalization of gains from criminal acts,” such as disassembly into spare parts, we won’t go far. It is therefore logical that tensions arise between ÚOOZ and the anti-corruption and economic crimes unit (ÚOKFK), for who one of the main tasks is confiscating gains from crime. A fatal cause behind the conflict is that these two national units both deal with one area of criminal activity; one is constituted according to the prevalent (organized) forms of crime, the other according to the most effective methods how to counter these types of crime.

It’s clear that ÚOOZ is more oriented towards criminal acts than the related financial flows – even if in its annual report it states that organized crime is not just about the actual criminal act, but also the financial gain there form. But then the ÚOKFK is orientated towards the latter. Therefore the leadership of the police will have to make a fundamental decision about whether to concentrate on media-friendly action footage of shouting masked policemen in action against baddies, or more effective measures to block the accounts and confiscate the property of powerful criminals.

It will be interesting to see whether the police unions will stand up against the new Minister of Interior, Jan Kubice (non-affiliated) Policemen pledge to risk their lives to fulfill their duties; if they do not receive reasonable financial reward, increasing numbers will look for alternative sources of income.for not calling for a larger budget as loudly as his predecessor, Radek John (Public Affairs – VV). Or have they perhaps already realized that it will be practically impossible for Kubice to persuade Minister of Finance, Miroslav Kalousek, to allocate a larger slice of the budget pie to the interior ministry? How is it that Kalousek has not understood the beauty of investing in the police, which could profit the state and also improve law and order? Perhaps he understands the implications all too well.

What will happen when the police face a fatal lack of funds for their standard activities? There will be more systematic errors and mistakes in their work caused by insufficient training and bad methodology, and police will be increasingly assigned to cases and tasks which they are not qualified to deal with or perform. Excesses and errors by the police will be harshly punished and therefore they will be even more hesitant than now to act. And there will not be time and funds for operation exercises aimed at improving situation assessment, deployment of resources and correct conduct for and during interventions and raids.

There will also be a lack of experienced policemen in leading positions. Internal inspections will suffer because it won’t be the best police who conduct inspection tasks for the Police Inspectorate, but those who take pleasure in inspection duties. Upon entering the force policemen pledge to risk their lives to fulfill their duties and experience shows that if they do not receive reasonable financial reward, increasing numbers will look for alternative sources of income.

Do we really want such a state of affairs? Are the problems simply the result of a cruel combination of unfavorable circumstances? Shouldn’t Minister Kubice take courage and finally produce a proper report on the infiltration of organized crime into the state administration? Or even better - a report on various influences from wherever they happen to come and however rational or noble they may appear, but which result in a situation whereby the police are unable to fulfill their basic duties?

Kubice should not, however, stick his head in the sand and mumble in order to expertly describe the frightful phenomenon called “privatization of security and state defense,” which is sweeping the western world. This phenomenon begins with the intentional devastation of the state’s capability to fulfill these tasks and concludes with the private sphere offering to provide you with these services, if you have enough money that is.

Kubice should not use such a report just to make an impressionable recital to parliament, but use it as a basis for proposals for a solution. There are still many experts who would provide Minister Kubice with firm support and assistance for such a mission. But if nothing’s done those experts won’t be around for much longer to help Kubice produce a proposal for viable solutions.